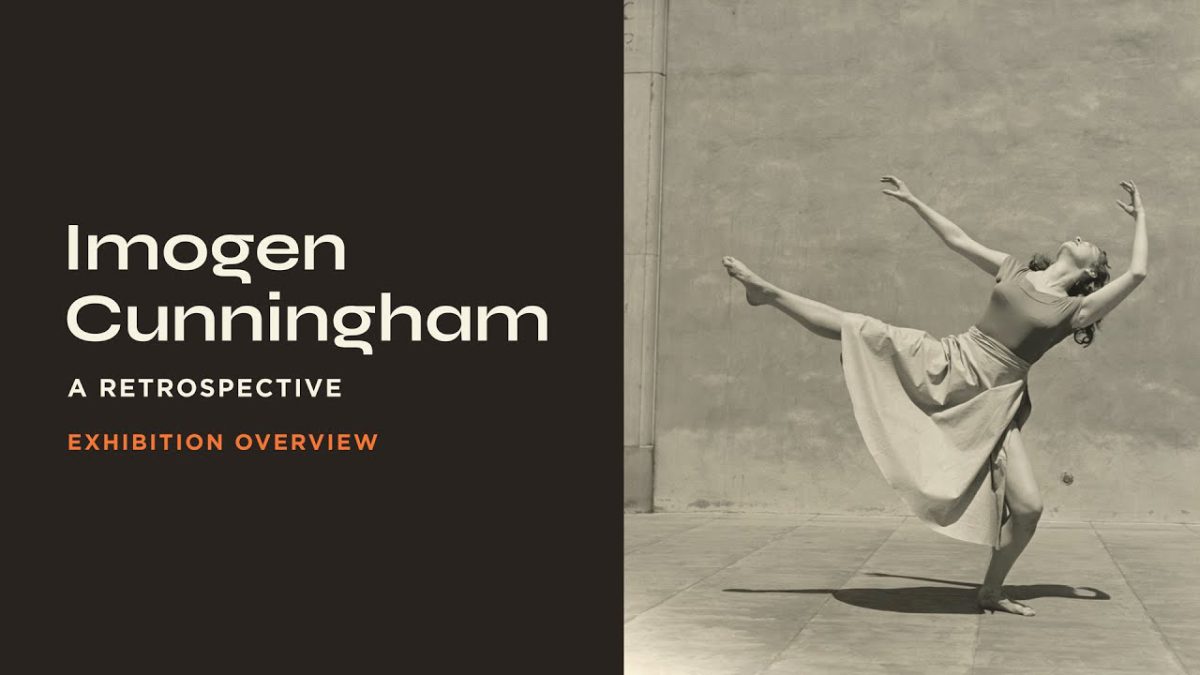 December 2 is Free First Thursday at Seattle Art Museum and that means free entry into the newly opened Imogen Cunningham: A Retrospective. Get tickets to this free day while you can to attend a free community celebration in the galleries—our first in-person community celebration since reopening!

Get excited for your visit by watching this quick overview about the exhibition with Carrie Dedon, SAM’s Assistant Curator of Modern and Contemporary Art.

Hosted on November 8 as a talk for SAM Members, we’re excited to share this recording of the overview with everyone and offer some context on the important contributions of Imogen Cunningham to photography as an art form over the course of her seven-decade career.

And remember, every First Thursday is free at Seattle Art Museum. Find out more about discounted admission opportunities! 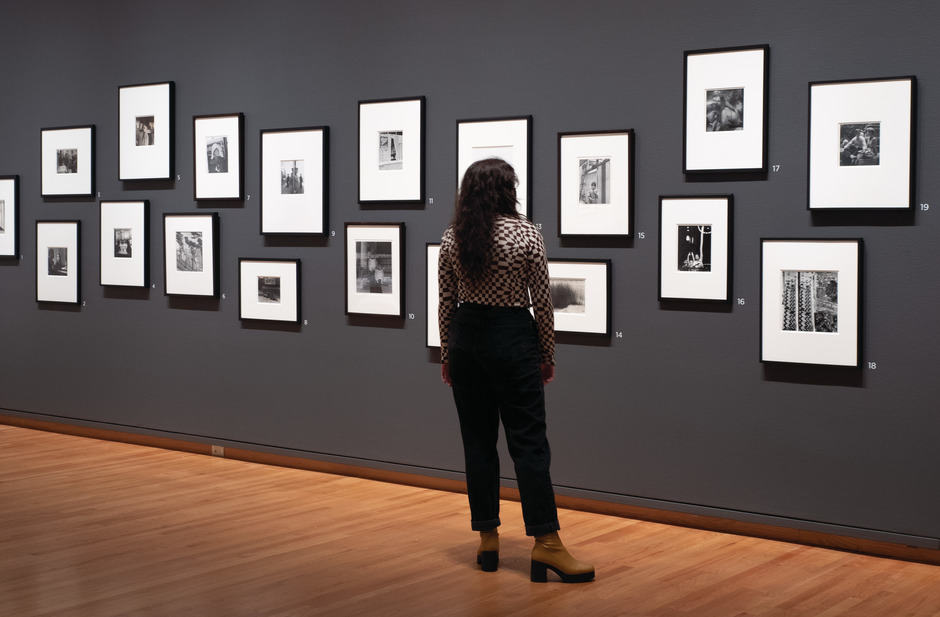 “Cunningham’s headstrong nature would come to define her long career as a fine arts photographer: She never hesitated to experiment, even if it meant sailing against the wind as a female photographer in a male-dominated industry.”

Jasmine Jamillah Mahmoud for Variable West on “the boundless light of Black children” shining in Barbara Earl Thomas: The Geography of Innocence. Also: Check out the show’s accompanying book, featuring an essay by the artist.

“Why they give.” In the spirit of holiday giving, 425 Business checks in with local philanthropists about their charity practice. The Banks family is featured; Dr. Cherry A. Banks is a SAM trustee.

For Thanksgiving, Crosscut once again highlights the bounty of Native art on view in the area, including Duane Linklater: mymothersside at the Frye Art Museum, new public art at Climate Pledge Arena, film screenings, holiday markets, and much more.

“A painterly catalog of the death penalty in America”: The Seattle Times’ David Gutman on Julie Green’s The Last Supper, now on view at the Bellevue Arts Museum.

“You think you’re looking at something that’s very blasé and very familiar and comforting and then it’s something that really jolts you once you actually understand what you’re looking at,” said Lane Eagles, associate curator at the museum. “I think the idea is to sort of lull you into this sense of comfort so that you’re sort of disarmed and that that’s when the reality that every single plate is a dead person hits you.”

From NPR: “Frida Kahlo’s Diego y yo, a painting of herself with her husband’s image on her forehead, sold for $34.9 million in a Sotheby’s auction… It’s the most money ever paid at auction for a work by a Latin American artist.” Speaking of: Don’t miss Imogen Cunningham’s portrait of Kahlo on view at SAM!

The New York Times reviews The Loft Generation, a memoir by artist Edith Schloss discovered after her death; she brings to life the mid-century New York scene, including Frisson artists such as Franz Kline and Willem de Kooning.

One of Muse/News’ favorite genres: A man purchased a drawing at an estate sale for $30; it may be a Albrecht Dürer worth $50 million.

“On a lark, he bought it for $30. At the very least, it was ‘a wonderfully rendered piece of old art, which justified purchasing it,’ he recalled.”

The shaggy appeal of Kurt Vonnegut.

While SAM is closed for the safety of our staff and community we have moved Conversations with Curators, our member-only lecture series, online! We are recording each talk in case our members miss one and making a selection of these popular talks available for everyone.

Here is Carrie Dedon, SAM ‘s Assistant Curator of Modern and Contemporary Art, discussing Earthworks: Land Reclamation, Revisited. In 1979, the King County Arts Commission sponsored a project with a unique proposition: inviting contemporary artists to design earthworks—site-specific artworks that use the land itself as their medium—to rehabilitate environmentally damaged landscapes. Titled Earthworks: Land Reclamation as Sculpture, the project resulted in one realized earthwork by Robert Morris, and seven unrealized proposals. These are the starting points to explore the history, legacy, and implications of art as a tool for environmental action.

Enjoy this taste of SAM’s member perks and consider joining as member for access to more upcoming live events in this series online, and in person once we can reopen. 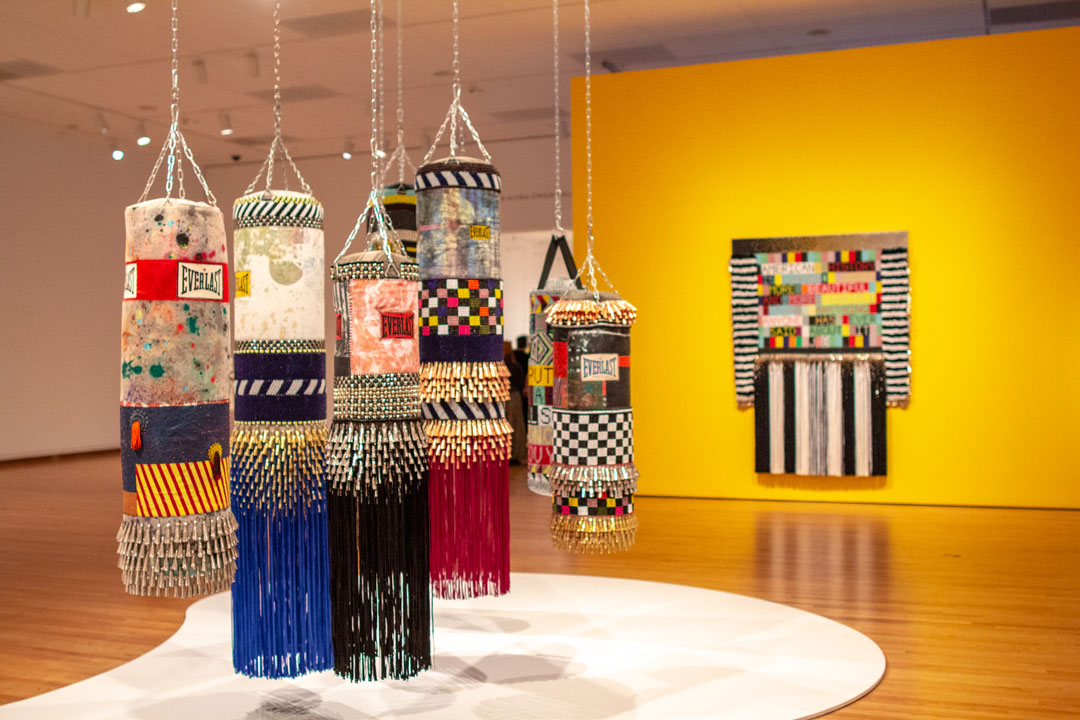