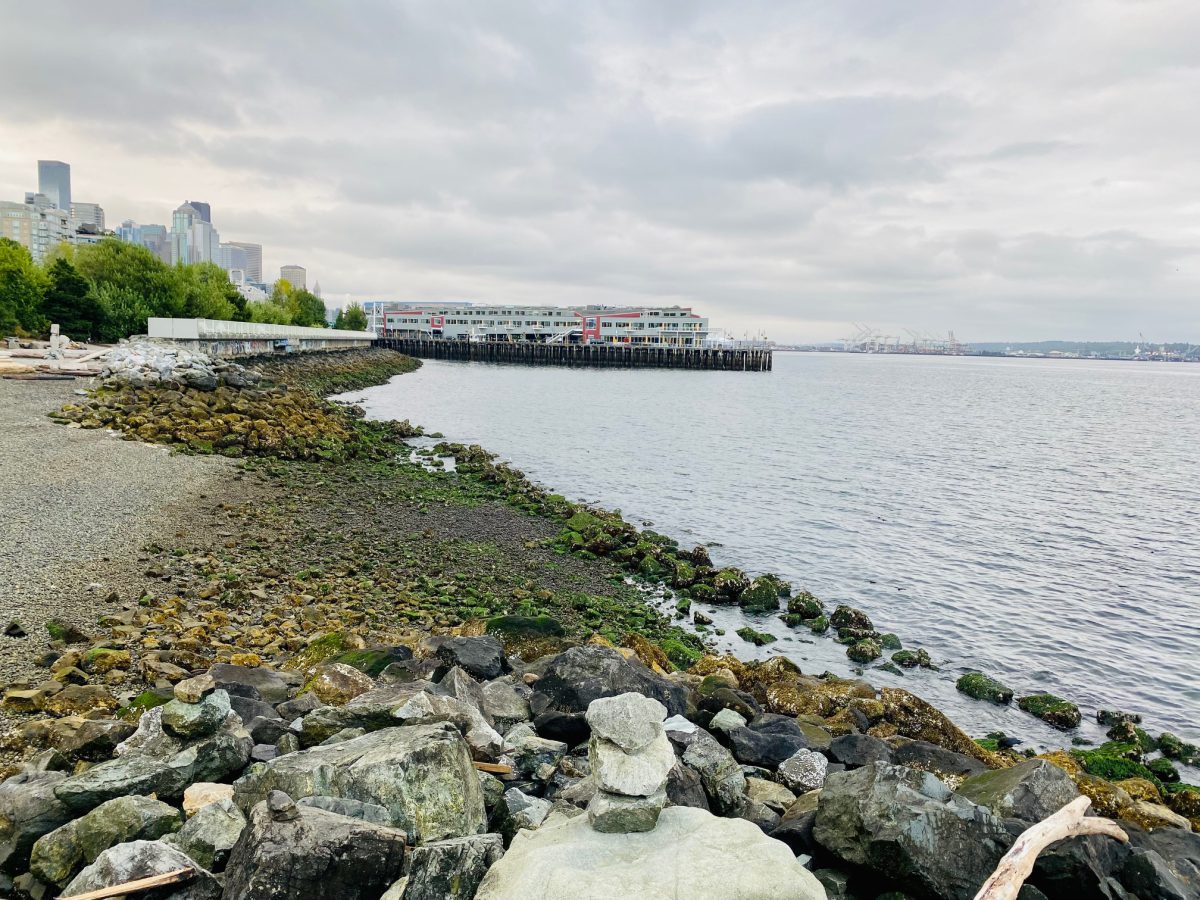 Salmon, sea lions, seals, rabbits, hummingbirds, eagles, and Cooper’s hawks—SAM’s Olympic Sculpture Park is a refuge for Seattle’s wildlife. Today is World Wildlife Conservation Day, a holiday intended to spread awareness about the natural world and its habitants, and we’re offering an update on ongoing habitat restoration projects taking place at the park.

In 1910, the park’s site was developed as a fuel storage and transfer facility by Union Oil of California (UNOCOAL). By the time the museum purchased the property in collaboration with the Trust for Public Land in 1999, the soil and ground water had been severely contaminated by petroleum products. In acquiring the land, SAM resolved to return the site to a functioning ecosystem, while simultaneously creating a safe space for public recreation and the display of outdoor sculptures.

As SAM trustee, collector, and arts philanthropist Martha Wyckoff previously explained to SAM, “Community can include everyone in Seattle and anyone who comes to visit. As we developed the project, we realized it also included the salmon, and the plants, and the future, by making sure there’s more green, natural settings in the downtown core for all to enjoy. Where else has a major city art museum created salmon habitat in partnership with a national nonprofit land conservation group?”

After an exhaustive international search featuring 52 applicants, Weiss/Manfredi Architects of New York was selected to design the park. The designers developed a 2,200-foot Z-shaped configuration to create four distinct landscapes that reflect the native ecosystems of the Pacific Northwest. This innovative design allowed for the implementation of several environmental restoration projects, including brownfield redevelopment, the creation of a salmon habitat restoration, and the capture and use of rainwater on-site.

On land, designers introduced a three-foot-thick layer of engineered soil that dramatically reduces runoff and allows rainfall to percolate and drain out to Elliott Bay. The planting of dense tree canopies, under-story vegetation, and ground covers also contribute to the retention of rainfall above the soil’s surface. By restoring the original topography of the land, the designers were able to reintroduce microclimates that allow for greater diversity in the plant and animal life which occupies the park.

Meanwhile, on the shoreline, designers focused on the creation of a nearshore habitat which serves as a refuge and foraging ground for juvenile Chinook salmon that migrate through the Green and Duwamish Rivers. They also opted to relocate rip-rap rocks from the shoreline to develop a pocket beach which created a shallow subtidal habitat bench suitable for the planting of native vegetation.

Since opening to the public in 2007, these environmental restoration projects have only continued to flourish. As SAM‘s Facilities and Landscape Manager Bobby McCullough explained, at this point, it’s all about maintaining the work first implemented while the park was being designed.

“Our efforts these days are mainly focused on watching the park grow and letting it do what it was meant to do,” he said.

That doesn’t mean there isn’t more progress to be made in returning the park and others across Seattle to their original environmental conditions, however. For the last year, Bobby has participated in a taskforce formed by Seattle Parks and Recreation aimed at creating and grooming more pollinator corridors throughout the city.

“The City of Seattle is really leading the charge right now in rethinking the landscapes of Seattle’s parks,” he said. “We’re often walking the waterfront, attending meetings, and coming up with new ideas about how we can increase the number of pollinator species that inhabit our parks.”

For 14 years, the Olympic Sculpture Park has served as a haven for art- and wildlife-enthusiasts alike. In addition to hosting thousands of visitors each day, the park often sees researchers from the University of Washington studying the growth of juvenile salmon and other organisms near the shoreline, as well as members of the Seattle Audubon Society observing its natural wildlife populations.

“The growth in wildlife that we’ve seen in the last few years around here has been really fantastic,” Bobby said. “Looking forward, I think these numbers are only going to grow.”