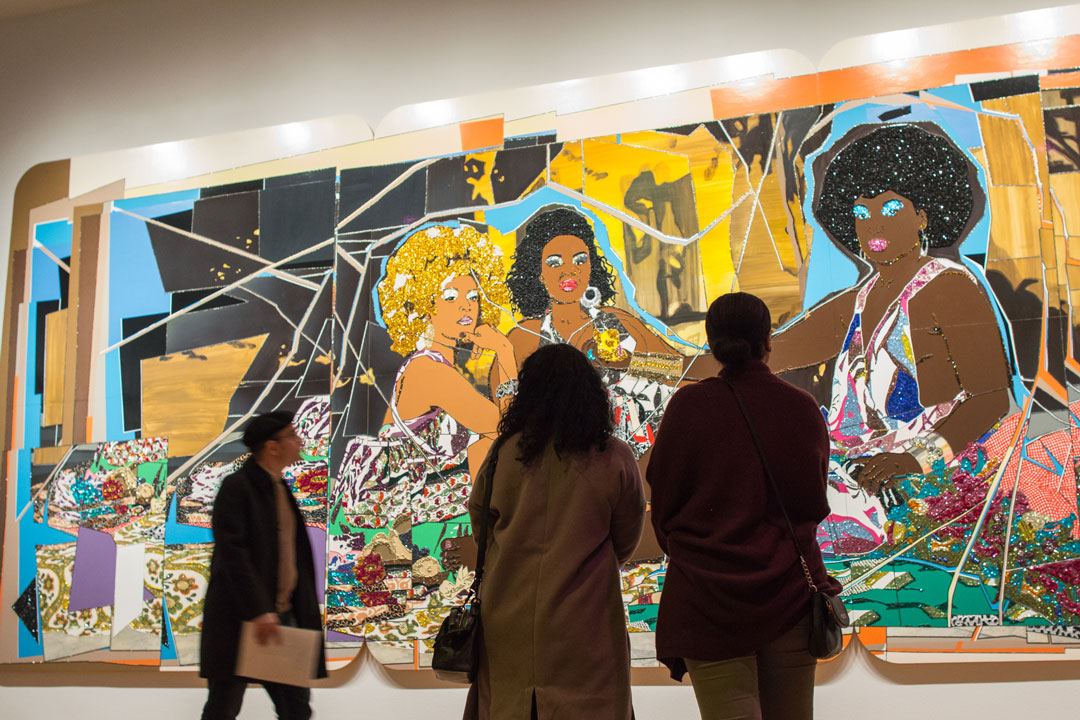 And the reviews keep coming in for Figuring History. Lisa Edge of Real Change writes up the exhibition for the cover story of their current edition, and the Stranger’s Katie Kurtz shares her thoughts on the show that’s “about righting the wrongs of erasure” in their arts section lead story.

Also out last week: The New York Times’ annual “Museums” section. Figuring History was mentioned in a round-up of exhibitions around the country showing “art in startling variety.”

The Seattle Times was there as 2,800 high-school students from 39 area schools attended a matinee of Hamilton—and performed raps, songs, and poems inspired by the musical and their own studies.

The art of food: last week, Edouardo Jordan of JuneBaby and Salare was nominated for two James Beard Awards and glowingly reviewed in the New York Times. That oxtail tho!

“One thing I always try to do in my choreography is to make the dancers as human as possible. I want the audience to be able to relate to them as people, as opposed to classical 18th-century ballet figures.”

Christopher Knight of the Los Angeles Times broke the news of the sudden firing of MOCA Los Angeles curator Helen Molesworth, which stunned many in the art world last week.

Brian Boucher of Artnet on the historic vote last week by the board of New York arts and engineering school, which approved a 10-year plan to offer free tuition for every student.

Photographer Dawoud Bey’s The Birmingham Project brings to life the four girls and two boys who died violently in 1963, with portraits of children their ages alongside adults the same age that the kids would be if they’d lived.

“It hurts because those Birmingham girls, often commemorated in what look like class portraits, could have been goofy, self-conscious, bookish, or disobedient. Maybe they didn’t even want to go to church that day; maybe one had a sore throat. They were kids.”

Former mallrats may be just as moved as the New Yorker’s Jia Tolentino by this video of “Toto’s ‘Africa’ edited to sound as though it were playing in an empty mall.”