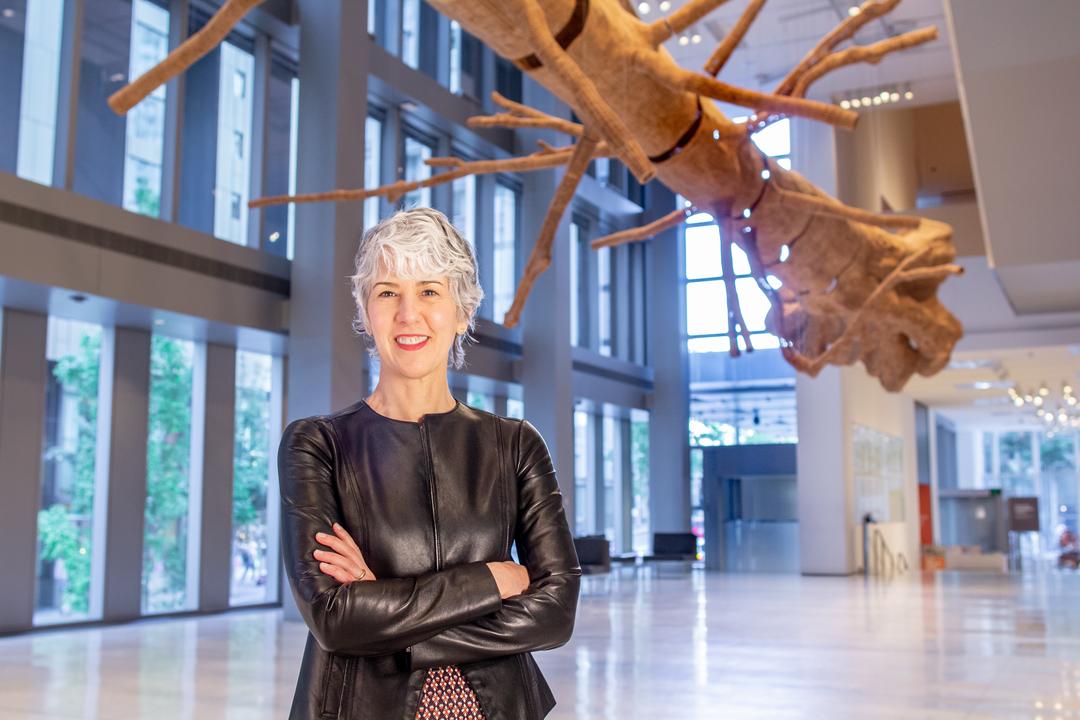 Amada Cruz, SAM’s Illsley Ball Nordstrom Director and CEO, was interviewed by Megan Burbank of the Seattle Times for a Sunday feature on “how Seattle-area museums are weathering the pandemic.” Read her insights—and those from her colleagues—on the challenges and opportunities that arose.

“Pivoting to their own permanent collections is something museums may do more and more as they emerge from the pandemic with smaller operating budgets. ‘I think it’ll be really fun for viewers, and also for us, by the way. We on the staff will learn what we have in storage as well,’ said Cruz.”

“Angled figures and cutting diagonal lines — as blood, guns, and swords — iterate across panels as do themes of battle, war, migration, labor, land theft, and peace.”

Don’t miss Emily Zimmerman’s interview with Barbara Earl Thomas for BOMB Magazine. Her exhibition at SAM has been extended and will now close January 2, 2022.

“This idea of disarming my viewer is key to my process. In order to really see, one’s expectations need to be interrupted. I situate my vision in the big arc of time and human spirit, not the present journalistic moment.”

Gemma Alexander for the Seattle Times on MOHAI’s new exhibition, Stand Up Seattle: The Democracy Project.

The Stranger’s Jasmyne Keimig reviews (Don’t Be Absurd) Alice in Parts, now on view at the Frye Art Museum through April 25.

“While the work is specific to the physical and mental pain Black women deal with every day (‘Alice has always been in her own personal pandemic,’ says Anastacia-Reneé), Don’t Be Absurd captures a portrait of isolation that urgently reflects the world we’re emerging out of.”

Via Artforum: The African American Historic Places Project is a new initiative from the Getty Conservation Institute and the city of LA, whose goal is “identifying and preserving Black heritage landmarks throughout Los Angeles.”

The Crystal Bridges Museum of American Art will undergo an expansion overseen by Safdie Architects,  to increase its footprint by 50 percent, reports Artnet.

“The Black Woman Artist Who Crafted a Life She Was Told She Couldn’t Have”: The New York Times’ Concepción de León on the sculptor Augusta Savage.

“Savage was an important artist held back not by talent but by financial limitations and sociocultural barriers. Most of Savage’s work has been lost or destroyed but today, a century after she arrived in New York City at the height of the Harlem Renaissance, her work, and her plight, still resonate.” 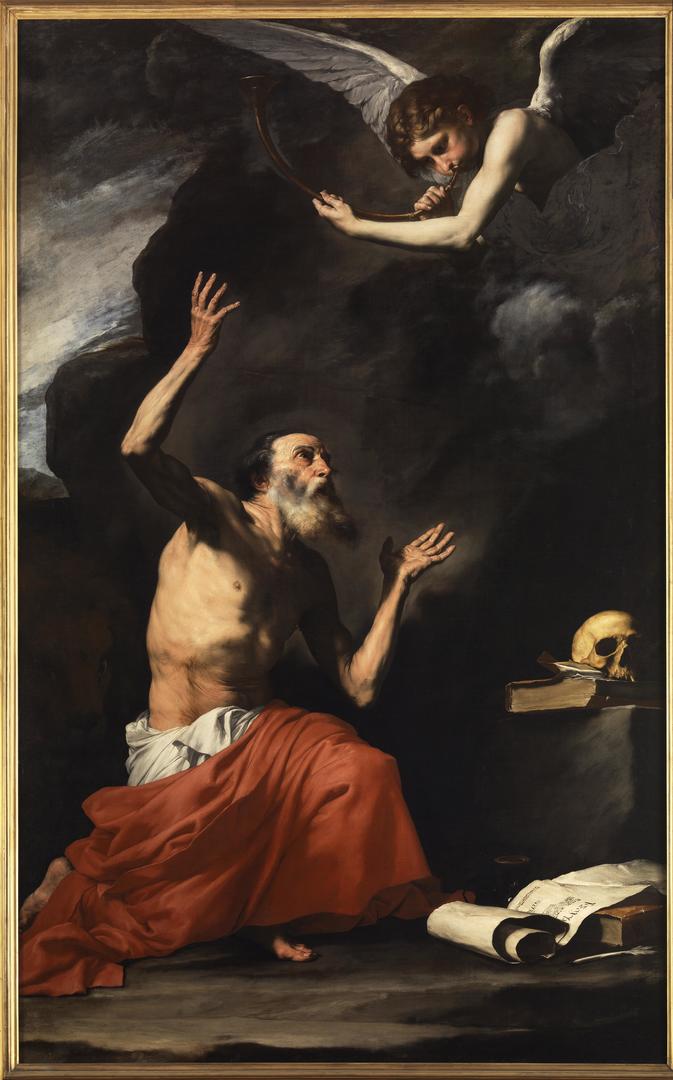 “Magisterial and filled with drama”: The Wall Street Journal’s Judith Dobrzynski explores Jusepe de Ribera’s Saint Jerome in the paper’s “Masterpiece” column; you can see the incredible painting at SAM in Flesh and Blood: Masterpieces from the Capodimonte Museum, on view through January 26.

“The wrinkles on his face, his palms and his right heel are visible, as are the toenails on his forward foot. His setting may be remote, but this Jerome is a real human being.”

The Seattle Times’ Brendan Kiley has “5 Seattle-area arts events to look forward to in 2020” and leads with the Asian Art Museum reopening.

In case you missed it: The Seattle Times’ December 21 print edition featured photojournalist Alan Berner’s behind-the-scenes look at the Do Ho Suh installation in progress with Liz Brown

David Carrier for Hyperallergic on the “endlessly inventive” Jörg Immendorff, whose solo show is now on view in Madrid; his Café Deutschland 38. Parteitag, just added to SAM’s collection in honor of Kim Rorschach, is now on view.

Crosscut’s Margo Vansynghel on the new art installations at Seattle-Tacoma International Airport that will be giving the airport a first-class upgrade.

Sharmila Mukherjee for the Seattle Times reviews Beyond Bollywood: Indian Americans Shape the Nation, on view at MOHAI through January 26.

“The most compelling aspect of the show is its focus on faces. Radiant faces loom out from images on the walls. At a time when immigrants are being described as dangerous, faceless people, these faces ask visitors to pause and look.”

Artnet’s Sarah Cascone rounds up all the artworks now entering the public domain.

Hannah Brown for Vox on the year in protests—and the art that inspired and was inspired by them.

The New York Times’ Will Heinrich reviews the Brooklyn Museum’s reinstallation of its Chinese and Japanese collections, calling it “5,000 Years of Asian Art in 1 Single, Thrilling Conversation.”

“Redesigning an American museum’s Asian wing is no mean feat. How to convey the very real throughlines that make terms as broad as ‘Chinese art’ and ‘Japanese art’ meaningful, while also doing justice to the staggering variety of these ancient, and hugely populous, cultures?”

Elena Ferrante, Beyoncé, and emoji: The Atlantic’s Culture desk takes on the pop culture of the 2010s. 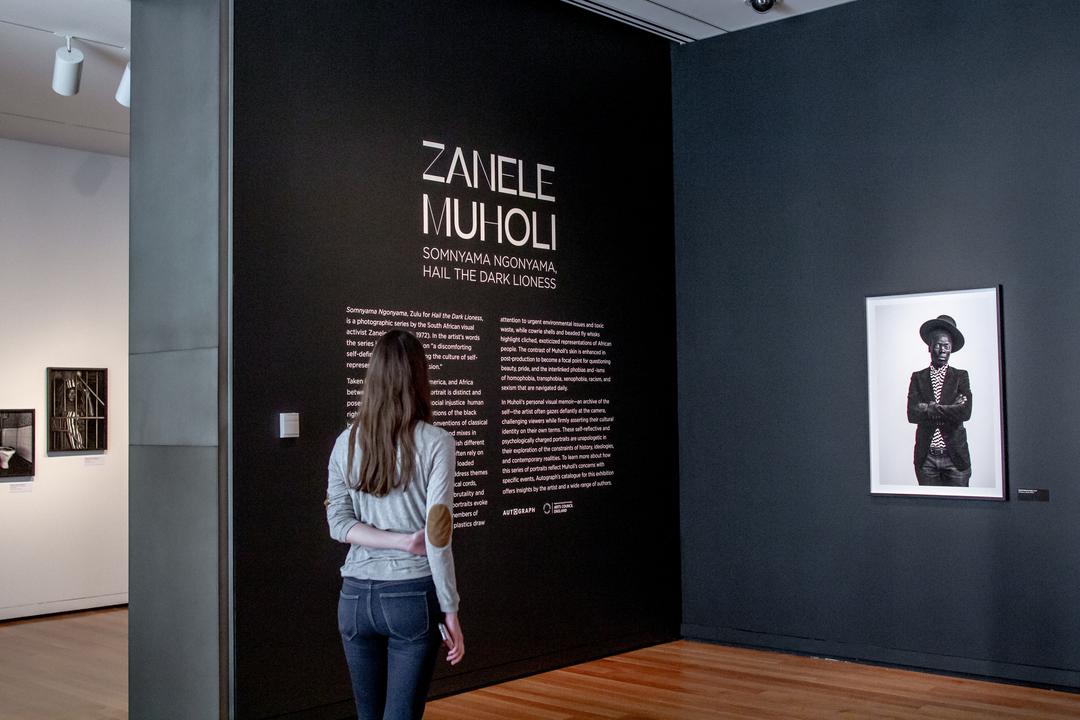 Lauren Ko creates stunning pie art on her @lokokitchen Instagram—check out the pie she made inspired by SAM’s show! There’s more details here. Get yourself to SAM: Jeffrey Gibson: Like a Hammer closes this Sunday, May 12!

Ring in wedding season—you know you love it!—with this Seattle Bride look at a beautiful wedding at the Olympic Sculpture Park. Aww.

Watch the Seattle Channel’s CityStream story about the forthcoming return of the historic Louisa Hotel, including the fate of their rediscovered Prohibition-era murals.

“Reverberating beyond the badge-required halls of Amazonia is a bigger conversation about the company’s contributions—or lack thereof—to Seattle’s creative community as a whole, considering how much it’s altered the city’s physical and cultural footprint.”

John Grade does it again: Check out this stunning installation by the artist set in a clearing of an Italian forest, which turns rainwater into the droplets of a natural chandelier.

An appreciation for the “guardian of Black cinema” by the New Yorker’s Doreen St. Felix of the director John Singleton, who passed away this week at the age of 51.

Artnet’s Melissa Smith talks with Black artists about the paradigm shift of increased interest in their work—and the attendant pressures, including stress, burnout, and exploitation.

“Navigating the limited existing roles for [black artists] is exhausting, and never-ending,” Jemison says. “And black artists are very aware that being selected is super arbitrary and predicated on partial understanding of the work.”