Located in the far northwest corner of the contiguous United States, Seattle is oriented more to the Pacific than to Europe, and many of its artists looked to Asia in shaping the region’s singular form of modernism. Some practiced sumi-e (ink painting) and calligraphy as pathways to abstraction; others discovered in Zen a model of self-knowledge and unmitigated expression; still others traveled to Japan and China and made contact with those cultures directly. Artists of Asian descent experienced, on balance, an inclusive artistic environment, despite facing discrimination within the larger community, most tragically during World War II.

Alongside Kamekichi Tokita, Paul Horiuchi, and Geoge Tsutakawa, Kenjiro Nomura was one of Seattle’s leading Japanese American artists. Together, their stories reflect the historical diversity of the Pacific Northwest and its artists, adding further depth to 20th-century American art. As Issei (first-generation Japanese American), Nomura was raised in a traditional Japanese family and educated in the arts and culture of his parentage. He immigrated with his family to the United States in 1907, at the age of eleven. When he was sixteen, his parents returned home, but he stayed on and settled in Seattle to build a successful business and career as an artist.

A self-described “Sunday painter” with little formal training, he specialized in the realist style and vernacular subject matter associated with 1930s American Scene painting. Street, with its formal clarity and unmistakable awareness of place, is typical of his regionalism. Yet, even as he mastered this decidedly Western approach, he also maintained expertise in traditional Japanese painting, whose conventions of color, composition, and line inspired him to approach nature intuitively and on his terms.

Street immortalizes the busy intersection of Fourth Avenue and Yesler Way, the epicenter of Seattle’s thriving Japanese American community during the 1920s and 1930s. Here, Nomura launched Noto Sign Co., a signage manufacturer and popular gathering place for artists, and the headquarters from which he and his business partner, Tokita, established themselves on the local exhibition circuit.

In 1933, Nomura exhibited Street at the Seattle Art Museum’s Annual Exhibition of Northwest Artists and with it secured the prestigious Katherine B. Baker Award and a place in the permanent collection of the newly formed museum. When SAM officially opened its doors that same year, it was with a solo exhibition of Nomura’s work. His success, however, was cut short with the Great Depression and resulting forced closure of Noto Sign Co. During World War II, anti-Japanese sentiment and hostility led to his forced internment at the Minidoka Relocation Center in Idaho. When he returned to Seattle three years later, it was to continued discrimination and limited opportunities for Japanese Americans. Yet, Nomura continued to paint and participate in Seattle’s mid-20th-century cultural scene, sharing common cause with his fellow Northwest Modernists.

Nomura’s work is on view at SAM in the exhibition Northwest Modernism: Four Japanese Americans, and at the Cascadia Art Museum in the major retrospective, Kenjiro Nomura, American Modernist: An Issei Artist’s Journey. 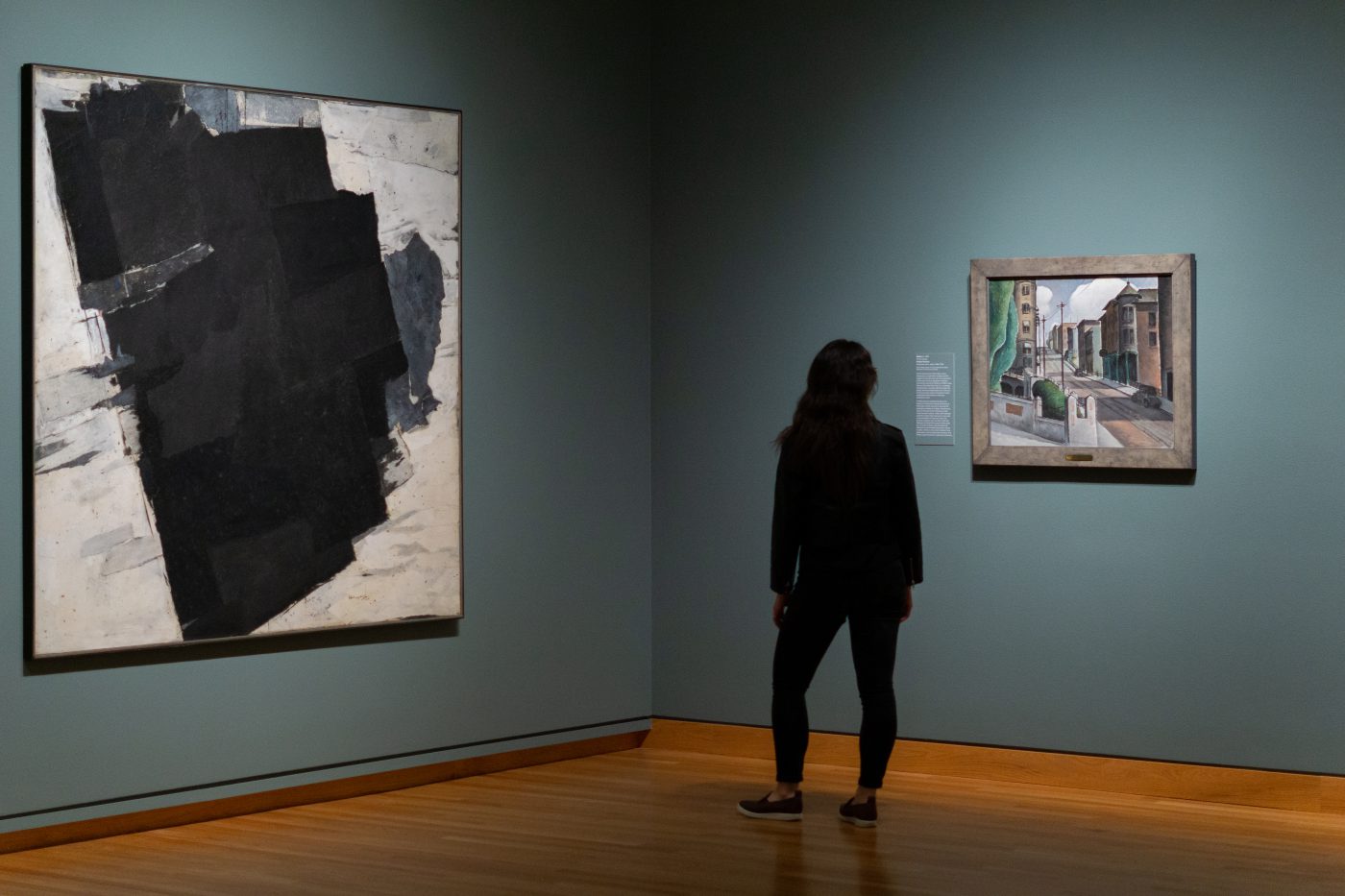 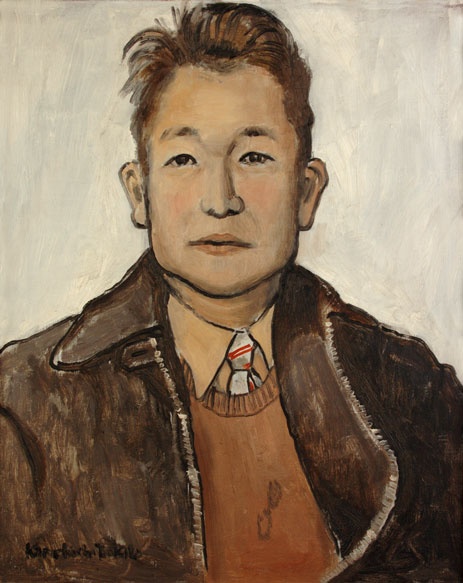 In recognition of Remembrance Day on February 19, guest curator Barbara Johns will give an exhibition tour of Painting Seattle: Kamekichi Tokita and Kenjiro Nomura on Saturday, February 18, at 11 am.

Remembrance Day marks the signing of Executive Order 9066 by President Franklin Delano Roosevelt, which enabled the U.S. military to forcibly relocate anyone considered threatening to national security. The order resulted in the incarceration of 120,000 people of Japanese descent, two-thirds of whom were American born citizens, the children and grandchildren of the Japanese immigrant generation. Even as the order was signed, ranking officials understood that there were no grounds to suspect and hold an entire population. This year is the 70th anniversary of the signing.

The circumstances leading to the signing and the impact on peoples’ lives is movingly recounted in Tokita’s diary, which is published in Signs of Home: The Paintings and Wartime Diary of Kamekichi Tokita. Two of his paintings from the Minidoka Relocation Center are included in the exhibition.

Admission to the Seattle Asian Art Museum will be free on February 19—also the last day of Painting Seattle—in further recognition of the importance of the day.

Finally a New Year’s resolution that will be fun to try and keep–come experience the art at SAM Downtown, the Seattle Asian Art Museum and the Olympic Sculpture Park! Here are our top five picks for what to see and do with SAM in January.

1. Walk through Do Ho Suh’s Gate.
Luminous: The Art of Asia closes January 8, which means there are only five more days to see Do Ho Suh’s magnificent multimedia installation and to take in this gorgeous exhibition representing  5,000 years of Asian art.

2. Take a spin in Theaster Gates: The Listening Room.
Visit the “church of wax” at SAM Downtown and touch, feel and play the records (yes-vinyl records!)  in this installation at SAM Downtown. The Listening Room also extends beyond the walls of the museum to a storefront in Pioneer Square called the Record Store, where you can be part of a listening party.

3. See a unique perspective of 1930s Seattle.
Painting Seattle at the Seattle Asian Art Museum features two painters, Kamekichi Tokita and Kenjiro Nomura, known in 1930s Seattle for their American realist style of landscape painting. They shared the cultural legacy of Japan and the active cultural life of Seattle’s Japantown, while they found a public audience for their work in mainstream art institutions and participated alongside the city’s advanced artists, such as Mark Tobey, Ambrose Patterson and Walter Isaacs.

4. Get ready for Gauguin & Polynesia: An Elusive Paradise.
Seattle Art Museum presents the only United States stop for this landmark show highlighting the complex relationship between Paul Gauguin’s work and the art and culture of Polynesia. The exhibition, on view at SAM Downtown February 9 through April 29, includes about 50 of Gauguin’s brilliantly hued paintings, sculptures and works on paper, which are displayed alongside 60 major examples of Polynesian sculpture that fueled his search for the exotic. Organized by the Art Centre Basel, the show is comprised of works on loan from some of the world’s most prestigious museums and private collections. Buy your advance tickets now!

Combine some of your other New Year’s resolutions with art. Trying to exercise more? Take a walk through the Olympic Sculpture Park or ride your bike to the Seattle Asian Art Museum. Looking to save money? Take advantage of First Thursdays or SAM’s suggested admission, which allows you to pay what you can. Art can even help you decrease stress.

SAM is always happy to connect art to your life, and we look forward to seeing you more in 2012! 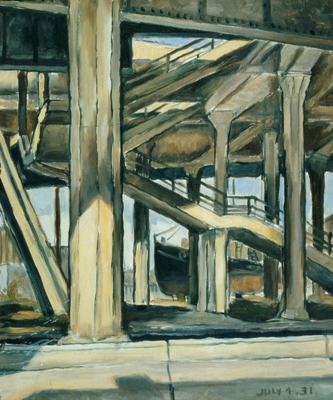