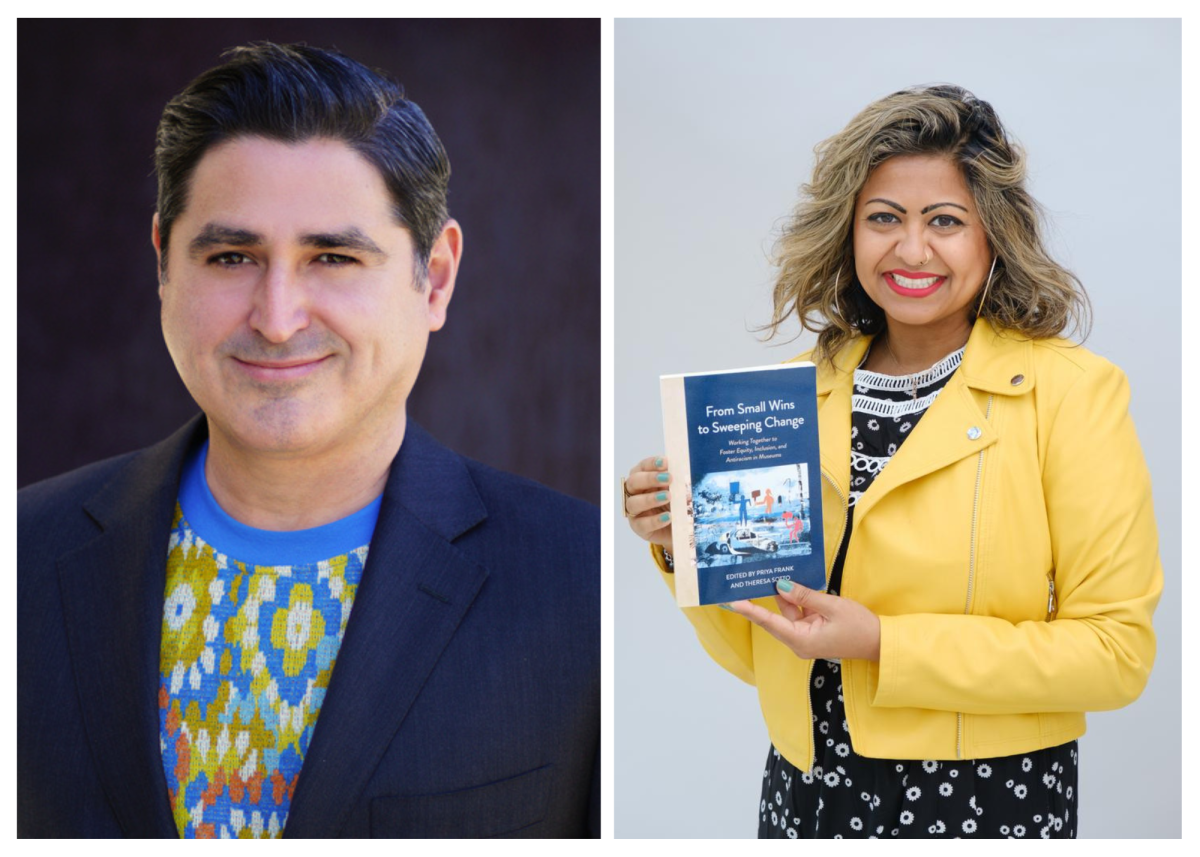 “The country is in a state of flux, but I refuse to think that the arts will vanish in Seattle, because artists have always persevered. Personally, I’d like to see city government address the urgent need for affordable housing.”

Priya Frank, another SAM leader, appeared on New Day NW to discuss her new book and her work as Director of Equity, Diversity, and Inclusion at the museum.

Theater nerds, please gather. From the Seattle Times’ Jerald Pierce: “Seattle’s Sara Porkalob started a firestorm on Broadway. And she was right.”

Via The Stranger’s Meg Van Huygen: “How to Power through Wagner’s Gorgeous, Historically Cursed Tristan and Isolde at Seattle Opera, and Why You Should Want to Do This in the First Place.”

“If it’s not actually cursed, well, suffice it to say that this opera is notoriously difficult both to stage and to perform. Like, most skilled operatic singers just cannot physically sing these notes, to say nothing of doing so for four hours.”

The New York Times’ Laura van Straaten on the rebranded Catskill Art Space in rural New York, which debuts its new configuration with works including James Turrell’s Avaar (1975), on loan from the Seattle Art Museum’s collection.

“After a year in Paris, Schjeldahl returned to New York, in 1965, ‘an ambitious poet, a jobber in journalism, and a tyro art nut,’ as he put it earlier this year. Though he had no background in criticism, Thomas B. Hess hired Schjeldahl to write reviews for ARTnews, kickstarting one of the field’s most storied careers.” 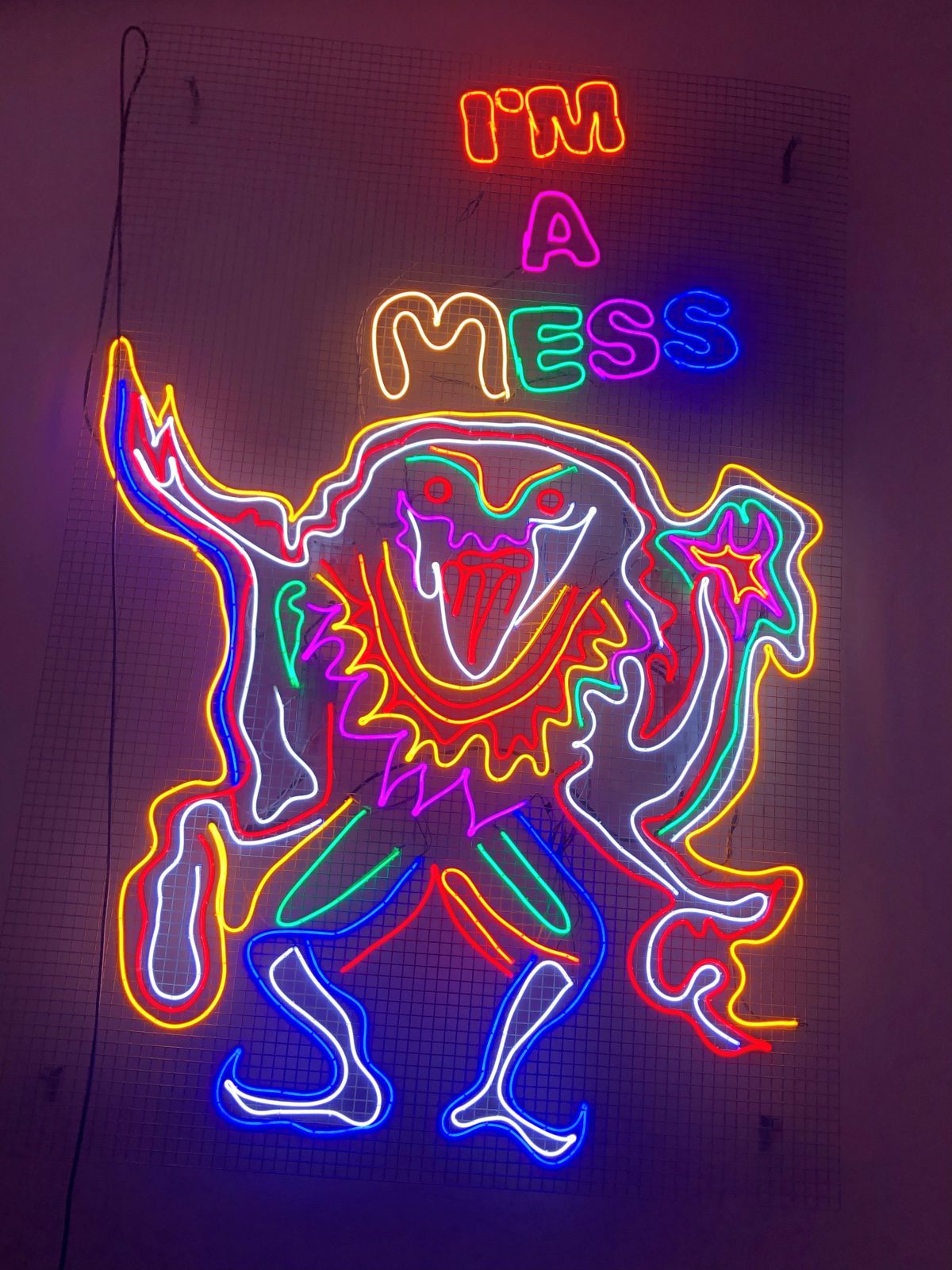 Colorful, riotous, and vibrant are but three words that come to mind when thinking about Dr. Chila Kumari Singh Burman’s neon artworks. Burman’s neon lights first appeared on the Tate Britain’s façade in 2020 for her commission Remembering a Brave New World, which disrupted the neoclassical building’s exterior with a roar of color. Her installation was awarded the 2021 Dezeen Award for Design of the Year.1

The artist traces her love for neon to childhood visits to Blackpool, a seaside resort known for its annual lights festival. While traditional glass neon lights were not conducive to achieving the shapes and structures that Burman wanted, new developments in the medium allowed her to bend and shape silicon neon lights to create complex and multi-colored sculptures. Some of her signature works include pouncing tigers, images of Hindu deities, uplifting quotes, and her father’s ice cream van. Burman’s Tate Britain installation was unveiled in time for Diwali, the South Asian festival of lights, but also in the midst of the global Black Lives Matter movement and raging COVID-19 pandemic.

With all of this in mind, Burman communicated an uplifting message, but, more importantly, highlighted the significant role and contributions of Black and Asian British artists in the United Kingdom. Burman has also noted that the neon works are an extension of her previous practice, stating, “paradoxically, [the installation’s] concerns are the same themes I explored back in the 80s along with my colleagues in the Black British Arts Movement [that] are still so prevalent today…”

“It’s undeniable that the Tate Britain commission I was awarded was finally a step in the right direction, in acknowledging the significance of my work and practice—as well as the significant contributions of my contemporaries—that have, to be frank, been overlooked for so long,” Burman said. “In doing so, Tate have sought to re-address the biases and hypocrisy often prevalent in both our British art establishments and the wider art sector. This shift, inevitably signifies a slow erosion of the inequalities prevalent in the art world.”

“That being said,” she continued, “I saw my selection for this commission not as a final step in this process of erosion but as a beginning. I was adamant, therefore, that my commission serve as an opportunity to critique the role of the Tate—and by extension all of our British establishments—in much the same way as I have done throughout my practice.”

SAM acquired one of Burman’s neon works, Kali (I’m a Mess) with funds from the Richard E. Lang and Jane Lang Davis Acquisition Fund for Global and Contemporary Art, and additional support from the E. Rhodes and Leona B. Carpenter Foundation. Previously perched atop the Tate Britain’s pediment, obscuring the statue of Britannia, the piece will be on view in the upcoming exhibition, Embodied Change: South Asian Art Across Time, opening January 14 at the Seattle Asian Art Museum.2

Kali (I’m a Mess) brings both a disruptive and inclusive message of liberation and rebellion. Through this artwork, Burman asks: Can Kali fast forward us into a brave new world where we will no longer be in a mess?

2 Britannia is the embodiment of Britain in female form as a symbol of British national pride and unity, but also, more troublingly, a long-lasting symbol of colonialism, extraction, and violence. 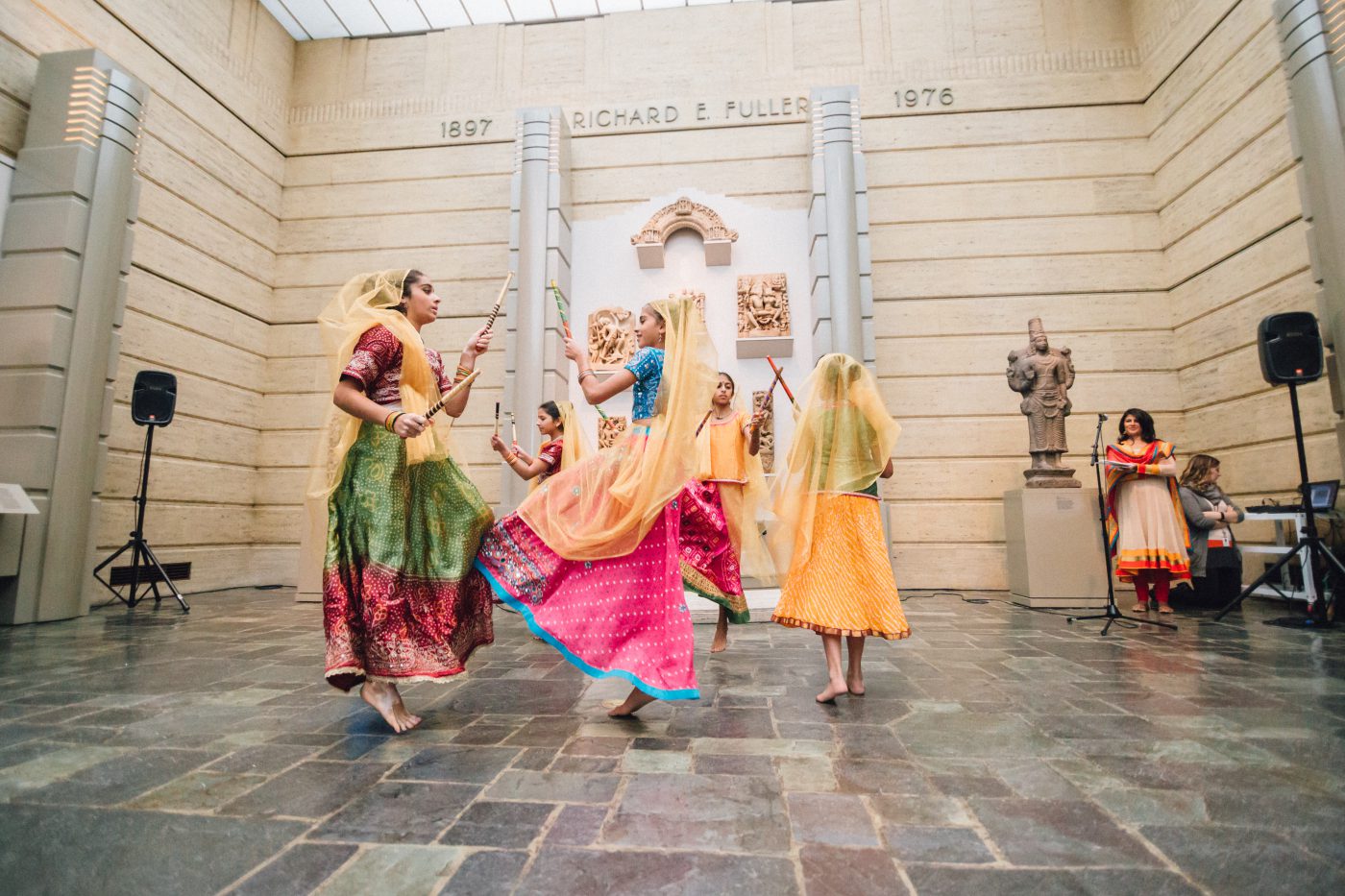 Family festivals at the Seattle Asian Art Museum connect families with performances, art activities, and other programming related to SAM’s Asian art collection. While our Asian Art Museum remains closed, families at home can make art and learn more about Asian art, as well as our wonderful community partners.

Diwali is the Indian festival of lights, celebrated by many people throughout South Asia, as well as in Seattle. For the past 10 years, in collaboration with our community partner, Junior Asha, SAM has organized a Diwali celebration for families held at the Seattle Asian Art Museum each November. Junior Asha is the youth chapter of the Asha for Education – Seattle Chapter. Asha is a non-profit organization that is dedicated to bringing about socio-economic change in India primarily through education. In addition to raising funds for education, Junior Asha members also support the local community by volunteering at events such as the Diwali Family Festival at the Asian Art Museum.

Each year members of Junior Asha have dedicated their time to creating programming for the festival. This has included dance performances showcasing different types of Indian dance. Festivities performed by members of Junior Asha. One component that has remained constant across many celebrations is the youth and Tiny Tots fashion show led by Junior Asha. Members also spent time in the months leading up to the event learning about the art on view at the Seattle Asian Art Museum and working with SAM docents to create their own My Favorite Things tour of the museum. Members presented their tours at the Diwali Family Festival sharing their own unique opinions on artwork with the community.

Although we won’t be gathering in person this year, we’re happy to highlight our incredible partnership with Junior Asha and to share an art activity from last year’s Diwali Family Festival for families to create at home. We’re looking forward to once again gathering together in celebration in the future.

Add a bit of color and light as you celebrate Diwali from home! Design and decorate a paper lantern with cutouts, tissue paper, and more. You can then place a light source inside when it gets dark out and see your creation come to life.

KEEP LEARNING WITH A STORY

Learn more about the lights, food, and festivities of Diwali in the book Binny’s Diwali by Thrity Umirgar, illustrated by Nidhi Chanani. You can follow along with a read aloud of the book, check it out through the King County Library System, or purchase it from a bookseller. 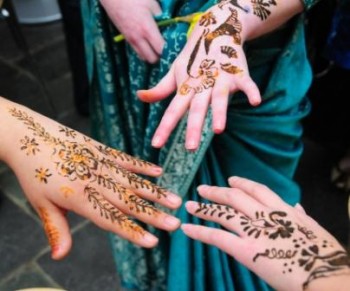 Diwali is a festival of joy and merriment celebrating the triumph of good over evil. The Hindus welcome peace and prosperity by illuminating their homes with diyas or candles.

We are celebrating Diwali with two special events, and you are invited to join in the fun!