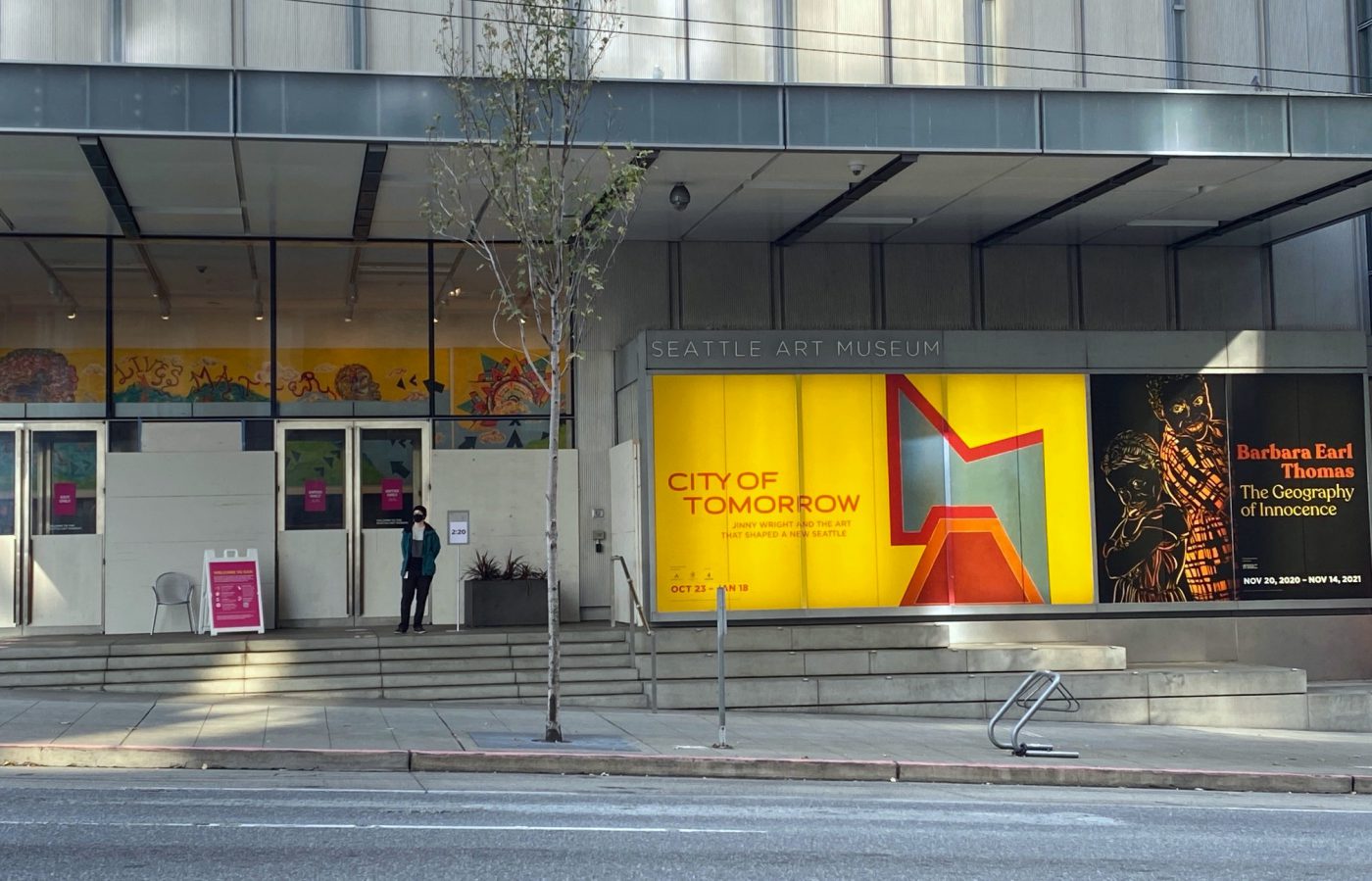 What’s “Currently Hanging”: Inside Out by Marela Zacarías at MadArt. Well, almost hanging. The Stranger’s Jasmyne Keimig caught a glimpse of the in-progress work—a “mesh temple to the Aztec goddess Cihuacoatl, who provides strength to women during childbirth”—which opens October 15.

For her weekly editor’s letter, Crosscut’s Brangien Davis recommends some visual art to see, some Bruce Lee philosophy to consider, and some dancing from Whim W’Him created with the fraught times in mind.

“For a moment, maybe only mentally, they escape to the beach and do somersaults on wet sand. It’s a good reminder during these fraught days to take a breath, dance around the block, put a houseplant on your head.”

“Residencies like Kaphar’s provide young artists an environment outside of art school—where the proportion of Black students (and faculty) still generally maxes out in the single digits—to hone their craft while not second-guessing their worth. ‘It’s just really draining to try to change it all on your own time when really all you want to do is focus on your work,’ says Tajh Rust, a former Black Rock fellow and Yale School of Art alum.”