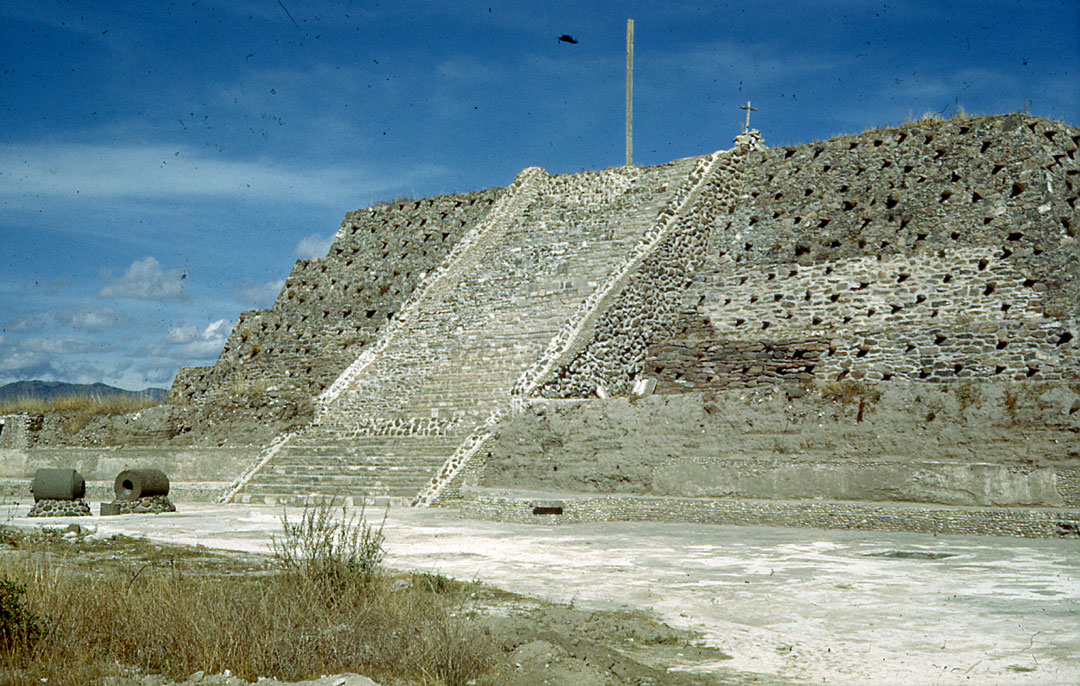 A new digital collection from the SAM Research Libraries has just been launched on our Digital Collections Site, born out of an extraordinarily lucky find.

Many years ago, the Seattle Art Museum’s Libraries held sizeable slide collections (commonly known as slide libraries) until digital images prevailed as the preferred medium for presentations and study. In 2017, when the Asian Art Museum closed for renovations, staff were forced to deal with a number of long-forgotten slide cabinets—and their contents—tucked away in a staff changing room in the building’s lower level. Within these cabinets, several previously-unknown glass slide collections were discovered. One of these groupings was a personal slide collection created by SAM founder and long-time director, Dr. Richard E. Fuller (1897–1976). It includes images of early 20th century views of art and architecture taken during his 1940s geological work on the Parícutin Volcano, a volcano that suddenly appeared in 1943, in the Mexican state of Michoacánin. Exceptionally well preserved, these slides were immediately transferred to the Dorothy Stimson Bullitt Library, where work soon began on their digitization. Now, all 150 images can be viewed in an online exhibit as the Richard E. Fuller Travel Slides: Art and Architecture of Mexico.

In addition to serving as SAM’s director from 1933-1973, Fuller was also a respected professor of geology, a subject he studied in great depth at the University of Washington, where he steadily acquired a second Bachelor’s degree (1924), a Master’s degree (1926), and ultimately a Ph.D. (1930). Between 1944 and 1948, Fuller served as Chairman of the U.S. Committee for the Study of Parícutin Volcano. As this new digital collection makes clear, alongside his academic work with this committee, Fuller made several personal trips to various cities and historic sites in Mexico over these years, on which he took numerous color photographs.

Though it is unknown how large this collection once was, or whether Fuller even took these photographs for a specific purpose, it is nevertheless clear that some effort was expended on their description and organization. The transfer of these images to glass slides, and their meticulous hand-labeling, helped to ensure that they not only survived to the present day, but did so with a surprising degree of contextual data intact. A similar effort was therefore made to guarantee that the digitized collection could stand as a reasonable facsimile of its physical counterpart, capturing not only Fuller’s images, but also the exact wording of his labels. We hope this collection will be of use to those studying Mexican art and architecture in the  early 20th century, as well as those interested in the Parícutin Volcano area.

The SAM Research Libraries invite you now to explore in its entirety this remarkable collection, which will enable you to peer back through time at a range of striking and historic objects and locations, as documented by SAM’s own founder.