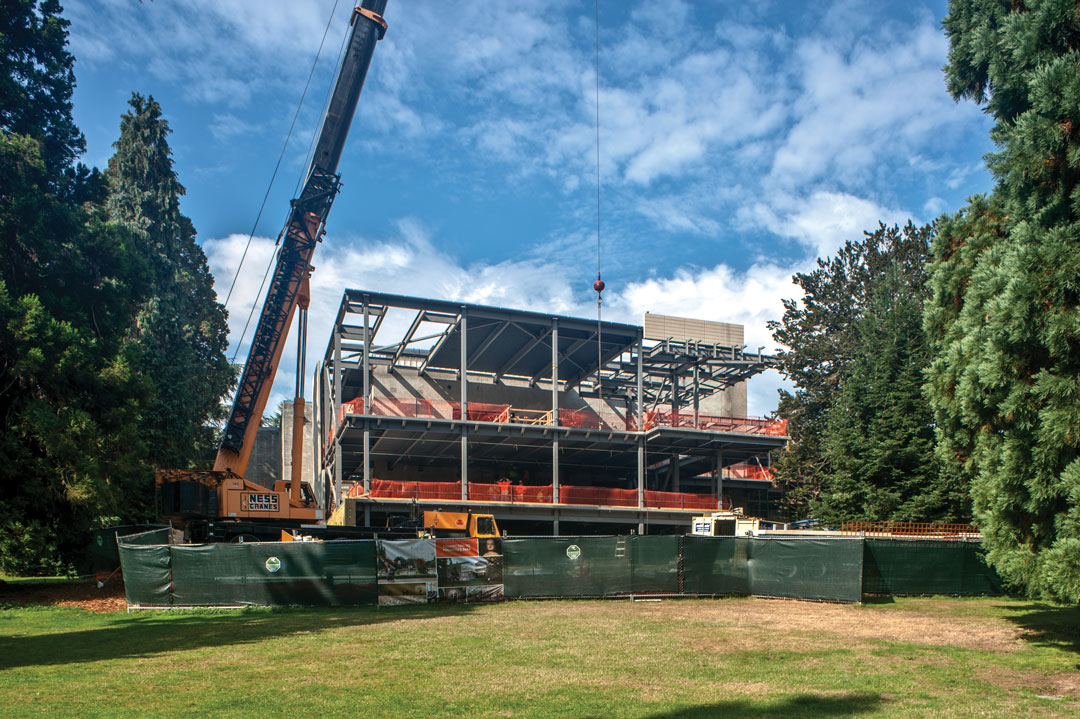 “Renovating a museum that is an architectural icon is no small task,” explains Sam Miller, Partner at LMN Architects, the firm overseeing the Seattle Asian Art Museum’s renovation and expansion design. Preservation of the landmark building is essential, but modern demands necessitate change. These changes include improved ADA accessibility, seismic and climate control upgrades, and other electrical/mechanical controls imperative to present-day museum standards. The renovation features a modest expansion that adds exhibition and educational space, allowing the museum to better serve the community.

The Art Deco building is considered one of architect Carl F. Gould’s greatest achievements. “Our goal has been to impact the existing spaces as minimally as possible,” Miller says of LMN’s approach to the renovation process. “When there’s any new intervention that’s not replicating or preserving the historic architecture, we’re distinguishing the work with a more contemporary detailing so it’s clearly different from the building’s historic fabric.”

Gould’s original design serves as inspiration to LMN’s renovation plan, as does historic Volunteer Park, designed by the Olmsted Brothers landscape architectural firm in 1903. “There is this beautiful building in a beautiful historic park, and yet the two weren’t connected. We felt restoring some of that connection would be a great opportunity,” Miller says. He explained how Gould’s design incorporated skylights that flooded the galleries with light, as well as windows with views into Volunteer Park. However, later building additions and a transition towards artificial lighting closed off many of those elements. The renovations will include LED light boxes that allow display of light-sensitive objects in an environment inspired by the original skylights. LMN also designed a glass lobby addition that improves building circulation while also providing park views. Conceived by Gould as an indoor-outdoor space, the Fuller Garden Court will also offer those views, through two new openings that will connect it to the lobby. “As you stand in the Garden Court, you’re going to have this incredible view of the park,” Miller says.

The community was integral to the design process. SAM received feedback from the City, local parks groups, and other community members. In addition to suggesting changes to a building staircase and landscaping that were incorporated into the final design, the community also led the museum back to an important source of inspiration—the Olmsted Brothers’ historic design for Volunteer Park pathways. In response to this feedback, SAM is restoring a set of Olmsted-designed paths. This opportunity to complete and augment these walkways through Volunteer Park speaks to the nature of the restoration project: historic preservation that has led to design inspiration.

In the months ahead, we will continue exploring the future of the museum as the renovations progress towards the much-anticipated re-opening in 2019.