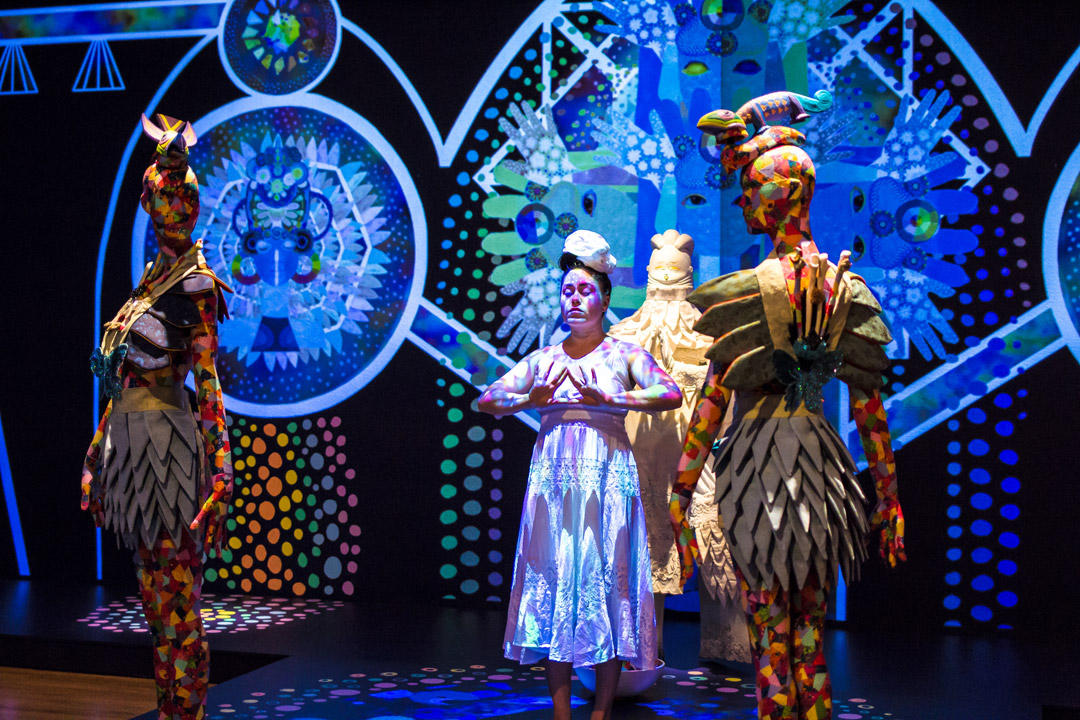 Let’s get to it! Here’s Rachel Eggers, SAM’s PR Manager with your weekly round up of the art news you need to read.

#InfiniteKusama, indeed: The New York Times reports that Yayoi Kusama will open her own museum in the Shinjuku neighborhood of Tokyo; SAM’s exhibition is mentioned.

“Winter is always,” says Forbes, as they reference Game of Thrones and feature a gallery of chilly images from SAM’s upcoming Andrew Wyeth: In Retrospect.

“Surprises abound. Historically, Wyeth’s style was called mechanical and unremarkable, but this does not seem so of the diaphanous curtains in the windows of his houses, or the feathers he captures floating in the air on a stormy day.”

Here’s Artsy on the resurgence of shamanic practices in contemporary art; Saya Woolfalk, whose ChimaTEK: Virtual Chimeric Space from SAM’s Disguise exhibition was recently acquired for the SAM collection, is included.

All 16 of the artists, authors, performers, and architects on the President’s Committee on the Arts and the Humanities resigned last Friday in protest of Trump.

Canadian Art profiled Claudia Rankine and a recent lecture she gave in Banff on white supremacy in art and how institutions can respond to it.

Now on view at the Princeton University Art Museum: paintings by Howard Russell Butler (1856-1934) depicting solar eclipses before photography could capture them in detail.

“While a Navy officer stood by with a stopwatch, Butler worked in 10- or 20-second blocks as he drew the outline of the corona, assessed the colors of the sky and moon, and sketched the contours of the gaseous prominences that bloomed from the eclipse’s edge. Only then did he begin to paint.”

“I don’t know that a person enjoys ‘Total Eclipse of the Heart’ so much as submits to it.” Celebrate today’s celestial event here.