“They recreate a surrealistic landscape with the long shadows and I love them, they are all the time changing.”

Brazilian artist Regina Silveira takes us through Richard Serra’s Wake at the Olympic Sculpture Park to share her love and appreciation for how it connects to her installation Octopus Wrap at the PACCAR Pavilion. Listen in as she recalls Richard Serra’s statement on his childhood memory of visiting a shipyard and how it influenced his work throughout his life. Visit the sculpture park in any season to experience the shifting shadows of this monumental sculpture, it is always free. You can see Silveira’s immersive installation at the park through March 2020. 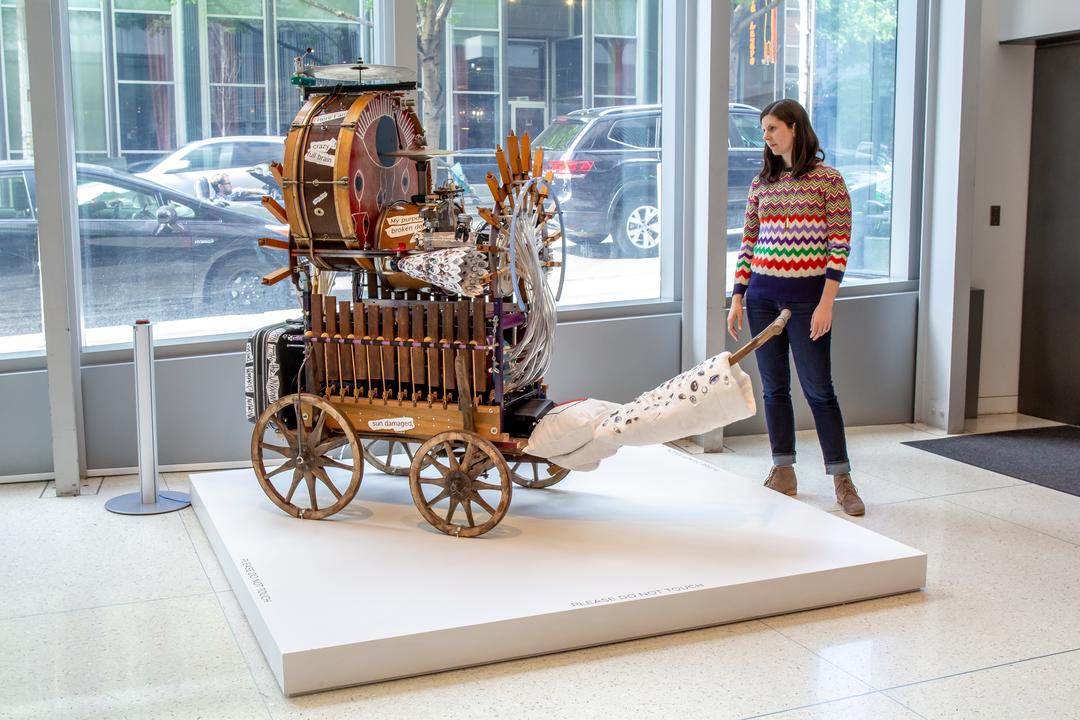 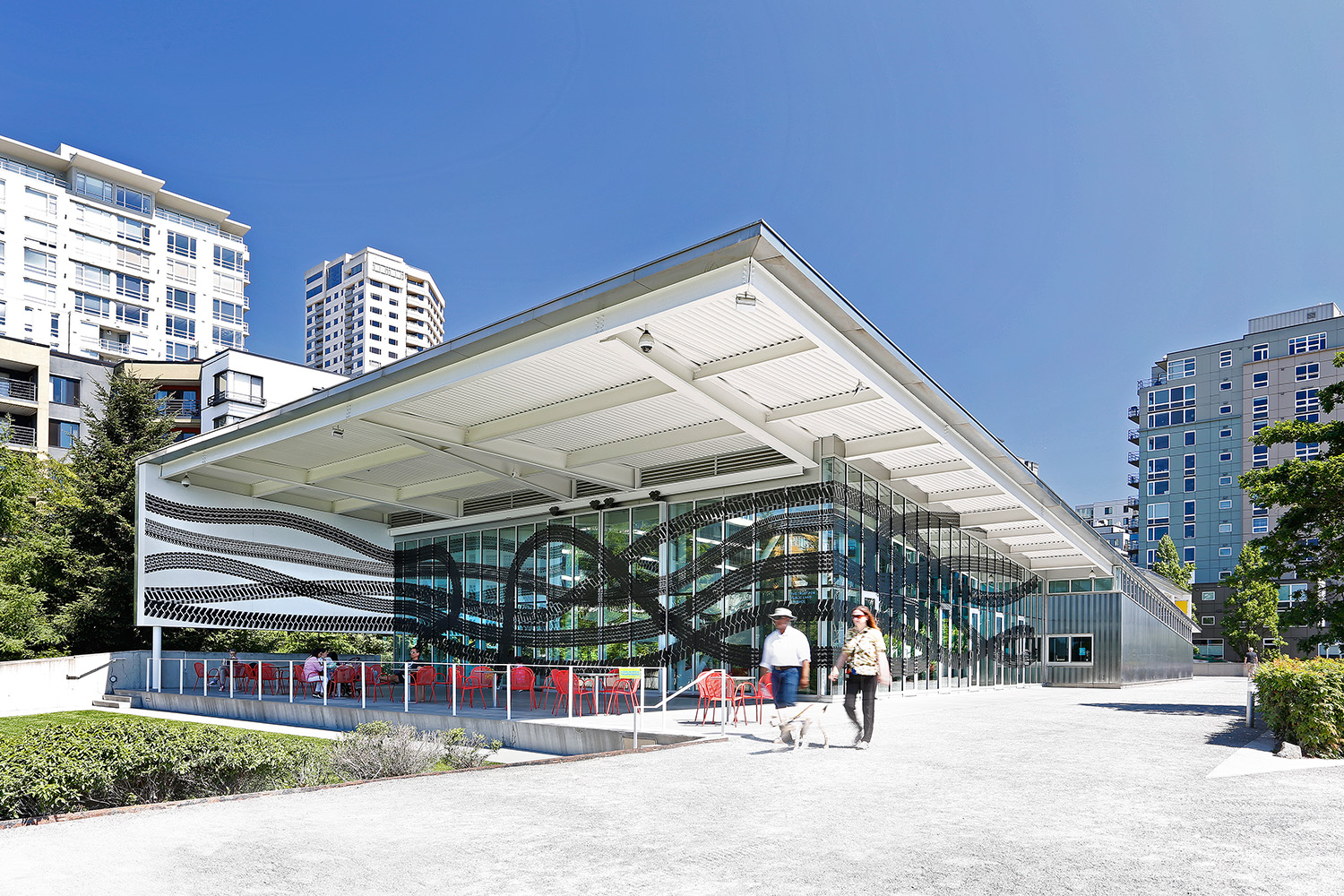 That’s a wrap on Jeffrey: Gibson: Like a Hammer. As a farewell, here’s Emily Zimmerman interviewing the artist for BOMB Magazine.

Celebrated Brazilian artist Regina Silveira has debuted a new site-specific installation at the Olympic Sculpture Park’s PACCAR Pavilion called Octopus Wrap. A glimpse of the installation process was captured by the Seattle Times’ Alan Berner. Seattle Met and Crosscut also previewed the installation, which features a series of tire tracks wrapping around the walls, windows, and floor of the building, looking like the arms of an octopus.

“The startling change to the familiar park building embodies elements of play, but also reminds us of the luxury of presuming our surroundings will always stay the same.”

Seattle’s Office of Arts & Culture announced that Christopher Paul Jordan has been selected to create the centerpiece artwork for the planned AIDS Memorial Pathway project on Capitol Hill.

Crosscut’s Agueda Pacheco Flores and South Seattle Emerald’s Jessie McKenna both wrote up Alexis Taylor’s Black Among Other Things, an installation at AURA in the Central District about her experiences as a Black woman.

The art of food: Chef Brady Williams won Best Chef in the Northwest at James Beard Awards; the Seattle Times’ Bethany Jean Clement recently picked up a shift at Canlis to learn about their legendary service.

“By the top of the stairs, the macaron begins to bobble; on the penultimate step, it leaps to its death, in its final act somehow managing to shatter on the soft carpeting. A man seated at one of Canlis’ well-spaced, snowy-white-linened tables regards me with a mixture of pity and horror.”

But is it CAMP? The Met’s latest exhibition—and attendant over-the-top Gala—has everyone reaching for their undergrad copy of Sontag. Here are some thoughts.

The Museum of Contemporary Art (MOCA) announced this week that Mia Locks will be their new senior curator and head of initiatives; interestingly, they don’t have plans to hire a chief curator to replace Helen Molesworth.

Nadja Sayej for the Guardian on Augusta Savage: Renaissance Woman, now on view in New York, which traces her work as a “trailblazer of African American arts.”

“She said her legacy is in the work of her students,” notes Ikemoto. “Even when they didn’t have money to buy their own art supplies, she let them use hers. She often said, ‘I know much I was put down and denied, so if I can teach these kids anything, I’m going to teach it to them.’”

Can we please do something now?