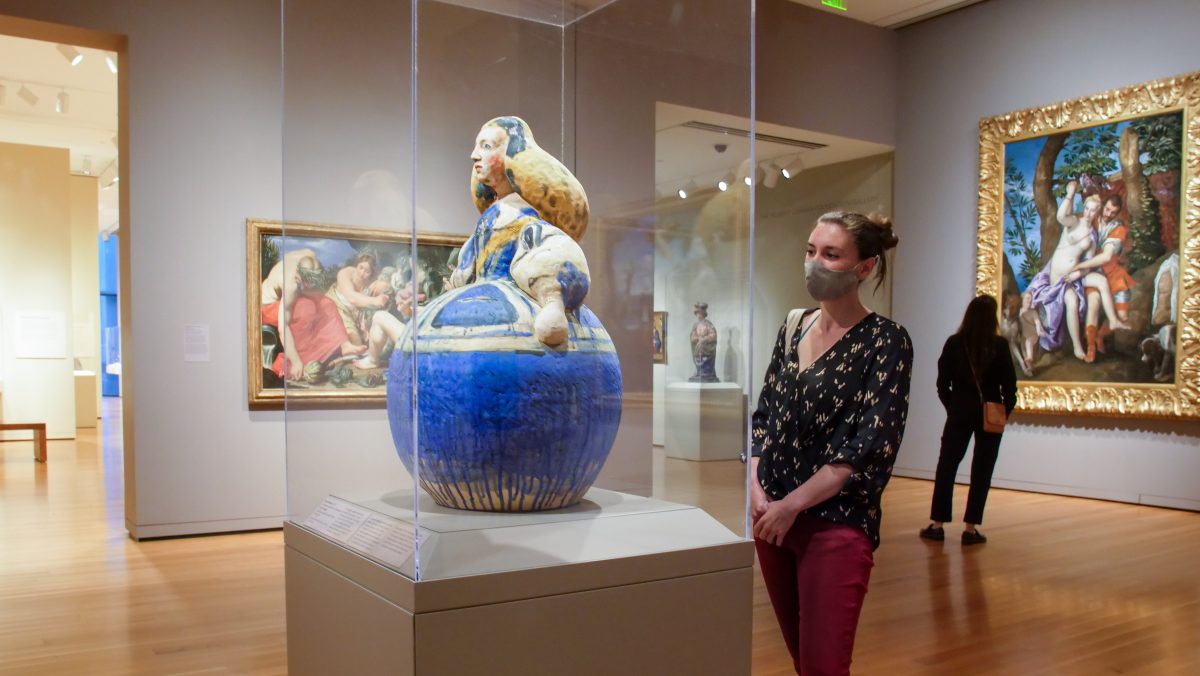 “Support arts in long road to recovery.” That’s the message from the Seattle Times editorial board, reviewing the data from the recent COVID Cultural Impact Study conducted by ArtsFund. SAM participated in the study, and director and CEO Amada Cruz was interviewed about SAM’s recovery process so far.

“While there is reason to hope the worse days of the pandemic may soon be behind us, the arts community faces years of uncertainty…How quickly creative organizations recover has a big impact on the region’s quality of life. A vibrant arts scene is good for the economy, good for the community, and good for the soul.”

Seattle Met is out with a new compendium of “Seattle’s essential museums,” including, of course, SAM with its three locations of globe-trotting art.

“The museum’s 2017 Yayoi Kusama: Infinity Mirrors, a trailblazer in the now wildly popular genre of immersive art installations, exemplifies its ambitious global reach, while its 2021–22 retrospective on the work of photographer Imogen Cunningham speaks to its enduring local commitments.”

A change approaches for the Frye Art Museum: The Seattle Times reports that its director and CEO Joseph Rosa will step down at the conclusion of his current contract, saying he wants to make room for “an emerging talent within our field.”

Seattle artist Michael Spafford has died at the age of 86. The Seattle Times shared about the legacy of the beloved painter, printmaker, and teacher.

Dusty Somers for the Seattle Times on the forthcoming shows by Seattle Shakespeare Company: Hamlet and As You Like It, both performed entirely by actors of color and using the Depression-era Works Progress Administration’s support for theater as a framing device.

“We could have just done it set here in present day, but we were like, ‘There’s an opportunity to tell a greater story here,’ ” [diversity programming coordinator Lamar ] Legend said. “There are just too many parallels with that period of history and the one we’re currently in.”

Via Artdaily: “The American Federation of Arts announced Kimerly Rorschach named President of the AFA’s Board of Trustees.” Congratulations to SAM’s former director (2012-19) and best wishes for this exciting new role!

Dorian Batycka for Artnet on how Ukrainian artists and cultural producers are responding to the tensions within the country as Russia threatens to invade.

ARTnews shares the full list of artists to be featured in this year’s Venice Biennale, which is curated by Cecilia Alemani, director and chief curator of High Line Art in New York.

“The exhibition is rooted in posthuman thought,” Alemani said. “Many contemporary artists are imagining a posthuman condition challenging the presumed Western condition using the white man as a measure of all things. They propose difference alliances, fantastic bodies. This is why the exhibition includes a large amount of female and gender nonconforming artists.” 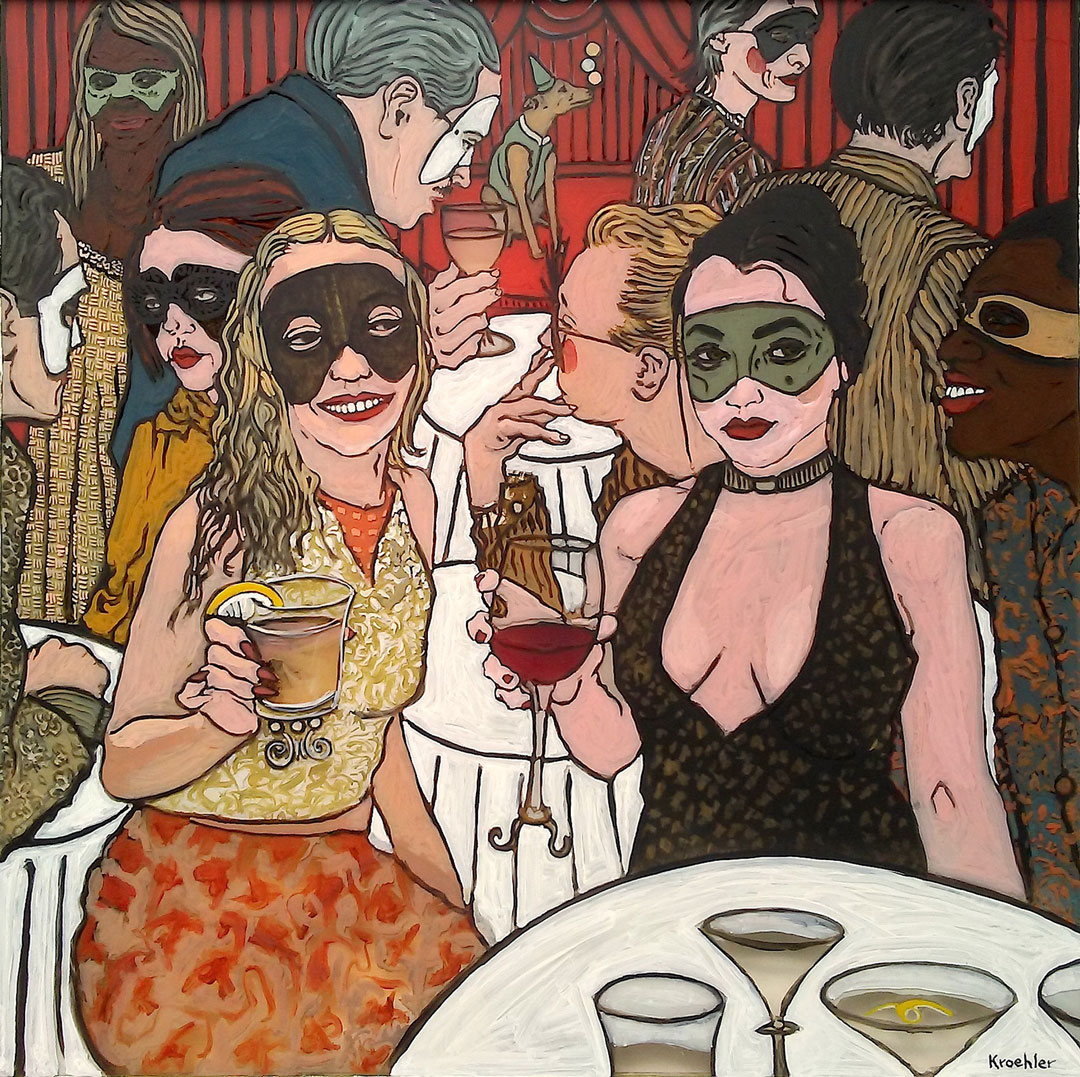 Having lived here all of my adult life, Seattle has played a huge role in shaping me and helping me find my voice as an artist.

I first moved to Seattle so I could study painting at the University of Washington. I lived in a downtown loft space on the corner of Seventh Avenue and Virginia sharing the building with musicians, sculptors, filmmakers, writers, photographers, and painters. I took classes from influential professors like Jacob Lawrence, Michael Spafford, and Curt Labitzke who helped guide me as a young artist.

Over the years, I’ve spent countless hours sketching in cafes around the U-district and in restaurants and bars throughout the city. I was drawn to the vibrant neighborhoods of Fremont and Capital Hill which fed my creativity and I found calm walking the beaches along the sound and nearby parks.

My paintings are a reflection of the people and places I have grown to know and love. I implement images from a variety of sources including sketches and photos I have taken around town over the years. I paint on vintage windows salvaged from local buildings being transformed. As I repair glazing or touch up the wood frames, I think about the history and stories behind the window and what was seen through the glass. I like the depth that this adds to each of my paintings.

Next time you’re downtown, stop by SAM and enjoy some time with my cast of characters on display at TASTE through August 6.

Image: They Were There for Deb, Christopher Kroehler, 30 x 30 in., oil on plexiglas. 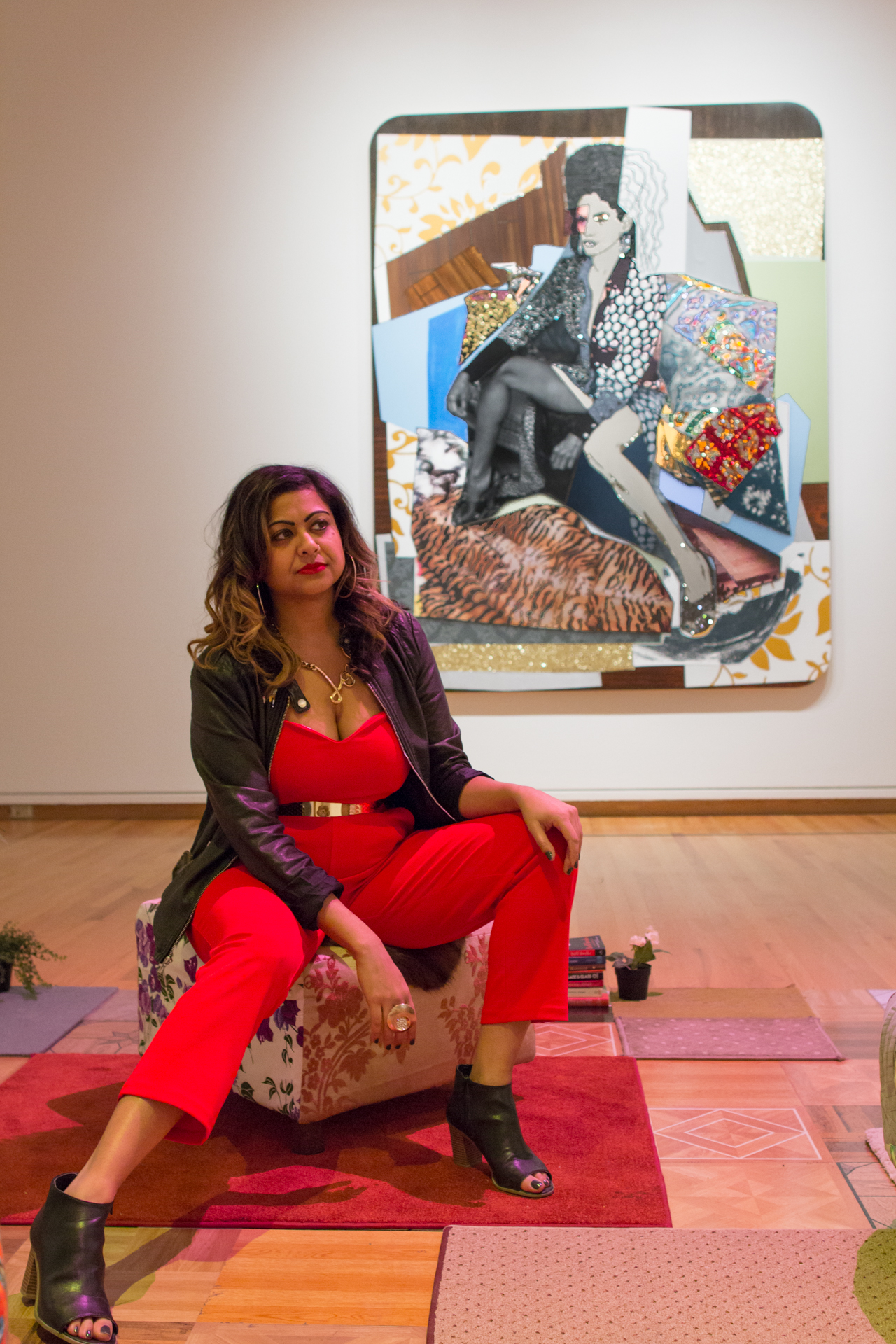 SAM staff was everywhere last week: another member of the Education team, Public Programs Coordinator David Rue, was featured in Seattle Refined’s recurring “Movers and Shakers” series. He talked about the connections between his work for SAM and in the Seattle arts community at large.

“If your heart is in the right place, if you put in the work, and have the diligence to be the best at your craft, and people can see that, they’ll want to help you. When I do my job better, people get to interact with the arts better, so that demands that I rise to the occasion because there’s a lot of other people’s work on my shoulders that I don’t want to disappoint.”

Gayle Clemans of the Seattle Times on the celebration of the local artist Michael Spafford, with his work on view in an “unprecedented collaboration” among Davidson Galleries, Greg Kucera Gallery, and Woodside/Braseth Gallery.

In case you missed it: last week saw a new work by choreographer Alice Gosti about the objects we hold onto at On the Boards; Michael Upchurch of Crosscut even donated something to the community “ritual release” of emotionally fraught objects.

“We have a very particular way of relating to objects,” she notes. “They can generate emotion. They can literally transport you to the moment in which you received the object. Or they can tell you the story of your whole family or of your whole culture.”

The Art Newspaper is out with their annual survey of the most popular exhibitions for the year; they’re also celebrating the impressive milestone of their 300th issue. Long live print!

Artsy on the psychedelic cats of British illustrator Louis Wain, who “wine and dine, grin and wink, dress up and boogie down.”

This week, on April 4, marks 50 years since the assassination of Martin Luther King, Jr., in Memphis. The New York Times asks what the National Civil Rights Museum at the Lorraine Hotel can tell us about this moment.

“What they’ll find in its permanent collection is a monument to a movement and, secondarily, to a man, in a display that focuses on difficult, sometimes ambiguous historical data more than on pure celebration. And they’ll find, if they are patient, useful information for the 2018 present, and for the future.”