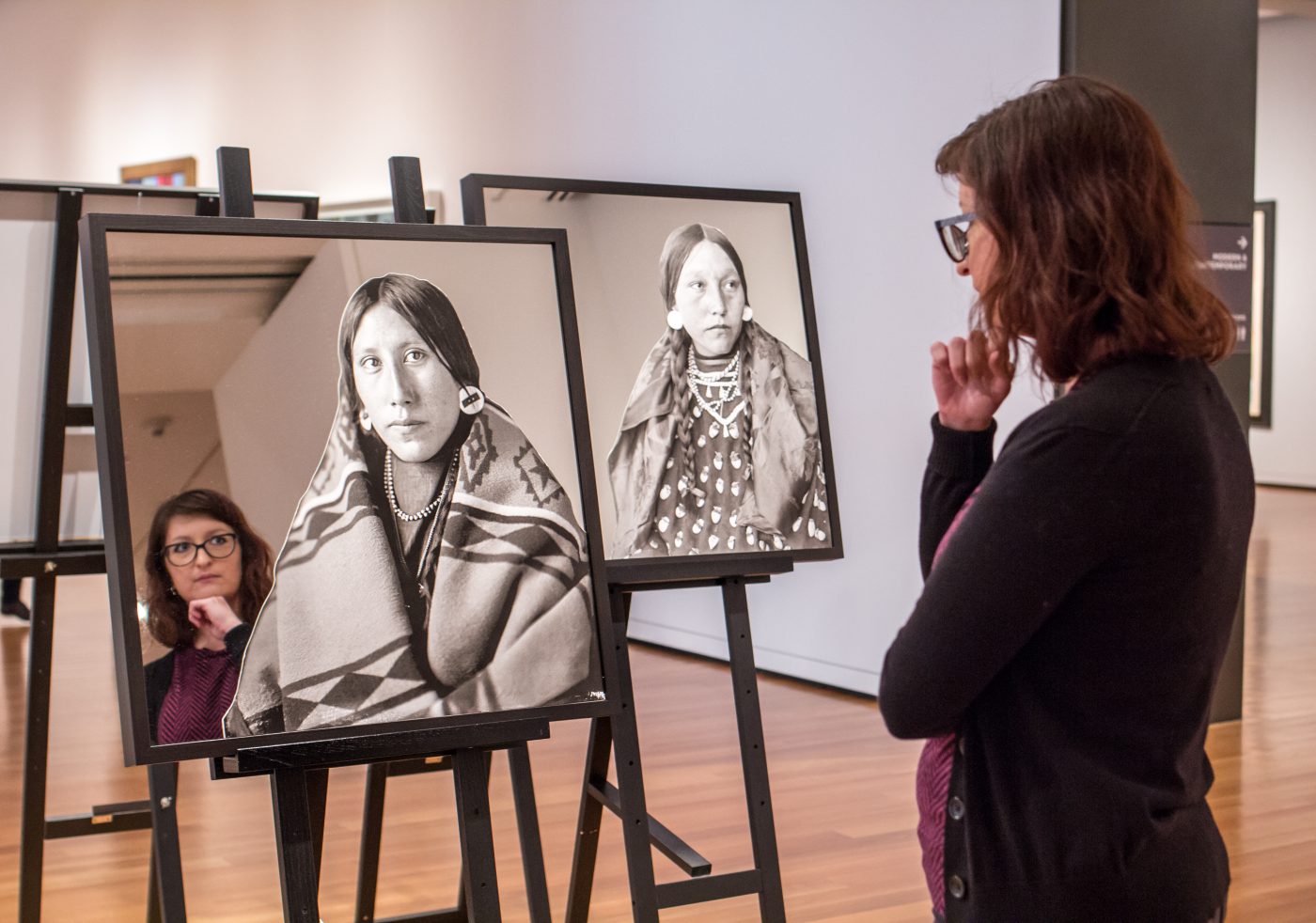 “So often Black women are made small and the idea of expanding into an exhibition that is so large and so inviting and welcoming is incredible and awe inspiring to see a reflection of myself so large in the world.” – Imani Sims, poet and Central District Forum for Art and Ideas curator

Figuring History: Robert Colescott, Kerry James Marshall, Mickalene Thomas is a chance to reflect on your personal history as well as art history and American history. Take a tip from our Personal Histories video series and spend some time at SAM thinking about how you connect to the work on view because of the history that impacts you. Figuring History brings together three generations of contemporary American artists, whose work challenges a Western painting tradition that underrepresents people of color. The vibrant and monumental paintings by these artists offer bold perspectives on Black culture and representation. Presented together for the first time, the figurative paintings of Colescott, Marshall, and Thomas are shaped by distinctive historic events, unique in style, and united in questioning the narratives of history through Black experience. The exhibition closes May 13, so don’t delay!

Looking for more videos related Figuring History? Check out Youtube to hear from the artists!

“Storytelling is very important in hip-hop and I feel like with [Kerry James Marshall’s] pieces that he has in this room, he’s taking the stories and interpreting it in his way and then also giving the next generation something to look at.” – Stasia Irons, rapper and KEXP DJ

“I immediately recognized what I was seeing as happening in my own neighborhood back home in Mississippi.” – Marcellus Turner, City Librarian of Seattle Public Library

Kurt and love fear pleasure lust pain glamour death — Andy Warhol Media Works, two upcoming special exhibitions, open two weeks from today.  Here is “Why Kurt?” the first of a series of 6 videos featuring local artists whose work is central to the exhibition, as well as KEXP DJ and Seattle Weekly columnist Hannah Levin and Jacob McMurray, senior curator at EMP I SFM. This video gets to the heart of the exhibition, articulating Kurt Cobain’s historical impact on our culture, and zeroing in on the influence he has had on artists working today.