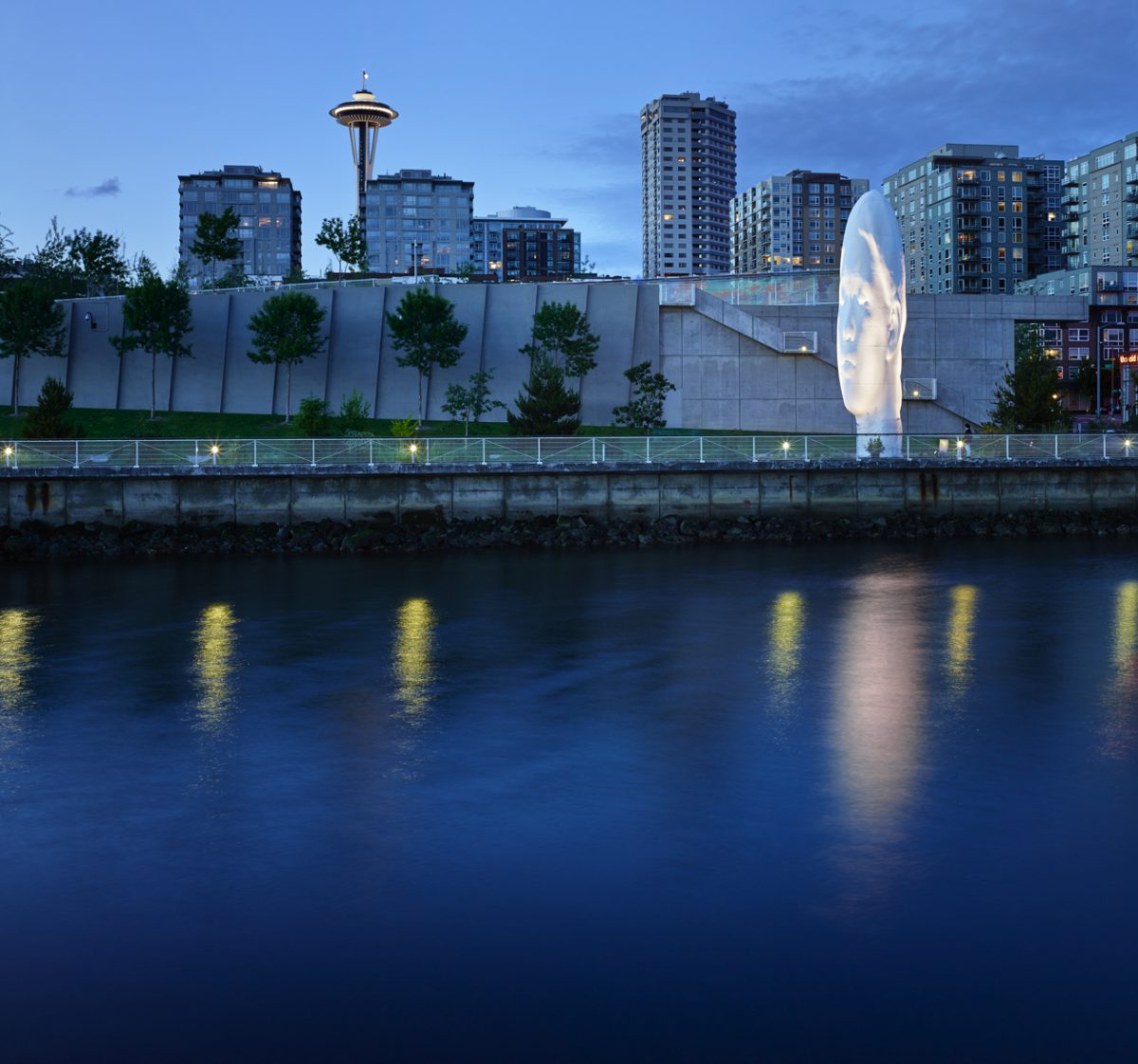 Bring your ear buds the next time you visit the Olympic Sculpture Park and take a free audio tour through some of the monumental artworks at the park! This week on the blog, we are featuring the fifth stop on the tour, Jaume Plensa’s Echo.

Echo is a 46-foot-tall sculpture installed on the shoreline, made from resin and steel, and coated in marble dust. Rising from the center of the park with eyes closed, its stunning surface is luminous in daytime and at night. Jaume Plensa is a Catalan artist who lives and works in Barcelona. He has come to great prominence in the last decade with his monumental figurative outdoor sculptures. Reminiscent of memorial sculpture, Plensa has created seated figures and heads in introspective, meditative states.

The Olympic Sculpture Park features works from SAM’s collection, sculpture commissioned specifically for the park, loans, and changing installations. The artistic program reflects a range of approaches to sculpture, past and present, and is designed to respond to evolving ideas about sculpture in the future. 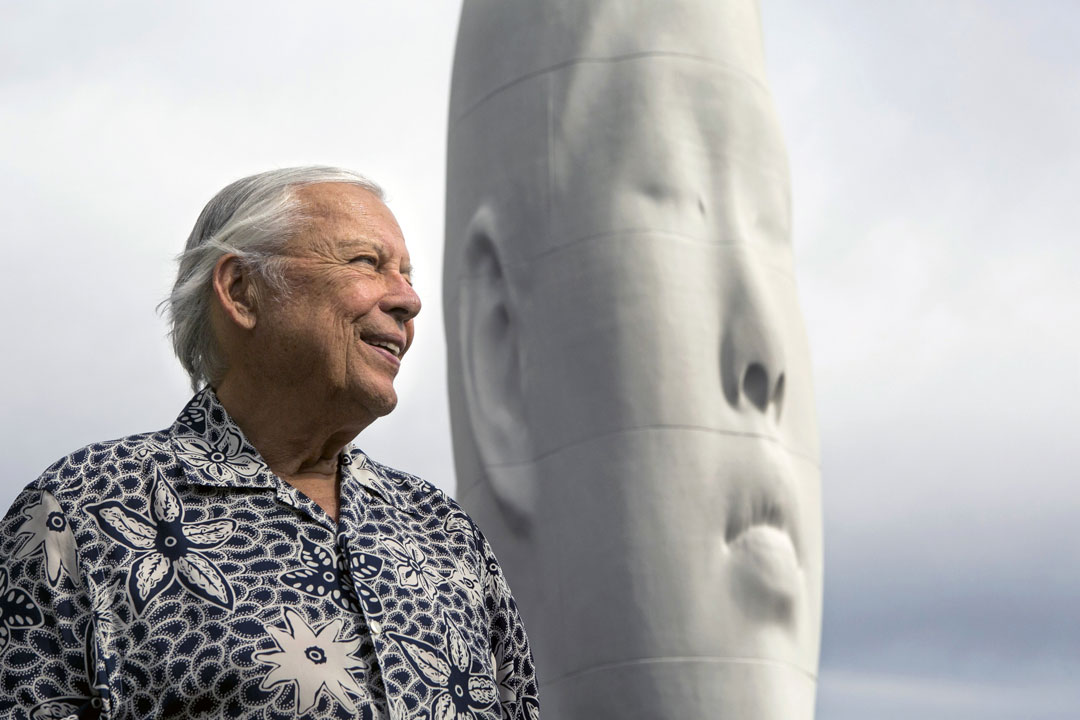 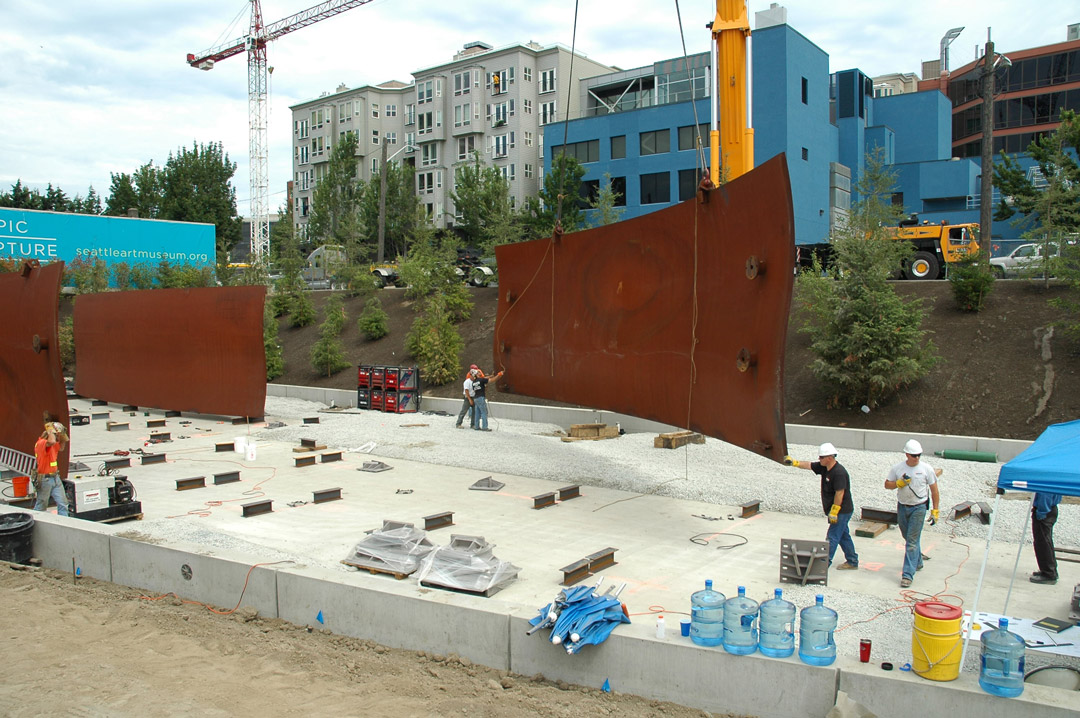 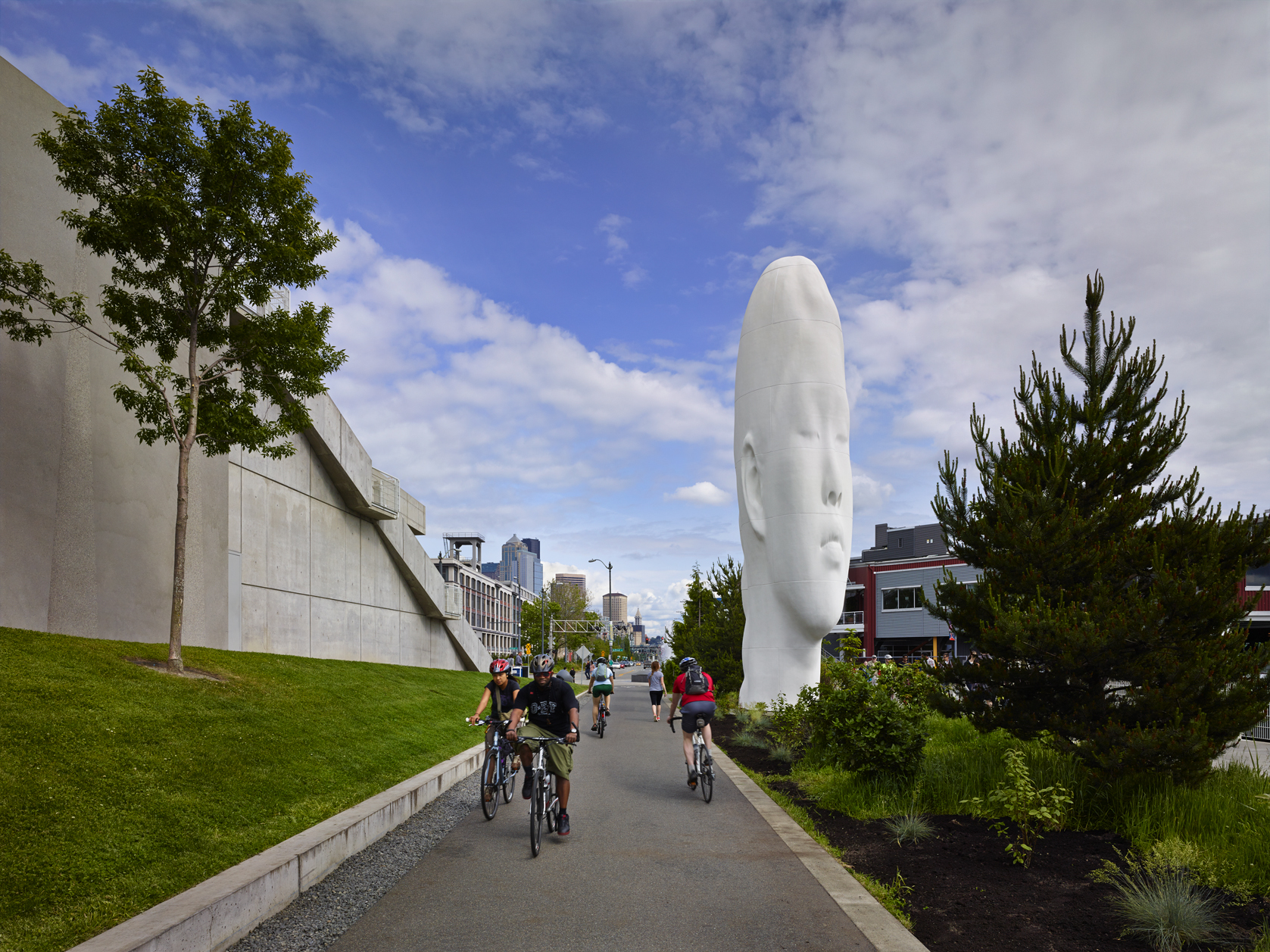 A recent addition to SAM’s collection and an huge impact on the landscape of the Seattle’s waterfront, Echo is the monumental sculpture installed at the Olympic Sculpture Park in 2014. Learn more about this visually confounding sculpture from the artist, Jaume Plensa, and Catharina Manchanda, SAM’s Jon and Mary Shirley Curator of Modern and Contemporary Art. Originally modeled on the nine-year-old daughter of the owner of a Chinese restaurant near the artist’s studio, Plensa elongated and abstracted the girl’s features with computer modeling. The sculpture references Echo, the mountain nymph of Greek mythology. Find out what it took to create and install such an intensely large-scale work. 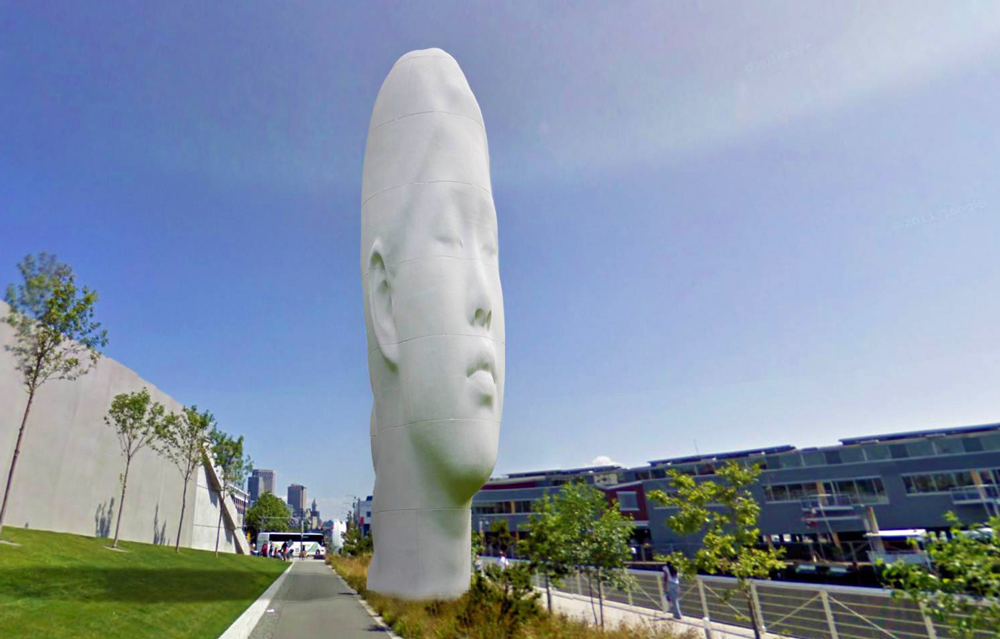 A spectacular and iconic addition to the park, the 46-foot-tall sculpture by Spanish artist Jaume Plensa, will greet visitors as they wander the shoreline.

Echo has been given to the Seattle Art Museum from the collection of Barney A. Ebsworth. It was originally commissioned by the Madison Park Association in New York and installed at Madison Square Park in 2011 to great acclaim. It is made from resin, steel, and marble dust, and altogether weighs 13,118 pounds.

Echo was modeled on the nine-year-old daughter of the owner of restaurant near the artist’s studio in Barcelona. With computer modeling, Plensa elongated and abstracted the girl’s features. The sculpture’s title references the mountain nymph of Greek mythology of the same name.

As told in Ovid’s Metamorphoses, Echo offended the goddess Hera by keeping her engaged in conversation, and preventing her from spying on one of Zeus’s amours. To punish Echo, Hera deprived the nymph of speech, except for the ability to repeat the last words of another.

Plensa offers us Echo with her eyes closed, seemingly listening or in a state of meditation. Envisioning Echo looking out over Puget Sound in the direction of Mount Olympus (a further reference to Greek mythology that is already embedded in the landscape), Plensa also intends for the sculpture to serve as a gathering point for introspection and contemplation. In our increasingly networked culture where information is endlessly copied and repeated, it is a work that invites viewers to pause.

Drop by the park and check out the progress when you have a moment. It’s easy to spot Echo. Join her near the water and spend a few quiet moments next to her thoughtful presence at the Olympic Sculpture Park.