“It’s my happy place,” says White. “It’s nice to have a space that’s reserved only for creating art.”

White spends most of his days in this space. It’s quiet and personal, with an ever-rotating array of his creations adorning the walls. It’s here that many of his completed artworks sit before they’re delivered to their next—or final—destinations. In the back corner sits a small desk, a focused space where White first sketches his paintings. Pink, brown, blue, green, purple, yellow, and more, endless rolls of polylactic acid—White’s medium of choice and the same material used in the 3D printing process—occupy the other corner, adding a pop of color to the room. A black leather couch hides next to the door, a place for guests to sit, talk, model.

“I don’t have many guests,” says White. “It’s only when I’m collaborating with someone or asking a friend to model that someone else is in here with me. Otherwise, it’s just me and my art.”

Where White spends the most of his time, however, is in the center of the room. With an unfinished canvas sitting on a sawhorse, it’s here that White paints. With his headphones in, White will work anywhere from eight to 10 hours a day. Circling the canvas, he is precise and careful with each line of polylactic acid he paints.

From his studio to museum walls, experience Anthony White’s breathtaking artwork on view in Anthony White: Limited Liability at SAM’s downtown location through January 29, 2023. Meet the artist and hear from him in SAM’s galleries on Thursday, September 15 at 6:30 pm as we celebrate the opening of White’s first solo exhibition at SAM. There’ll be a public reception in the Susan Brotman Forum with a bar and music by Seattle’s own DJ Housepartysea. Reserve your tickets to this free event—space is filling up fast! 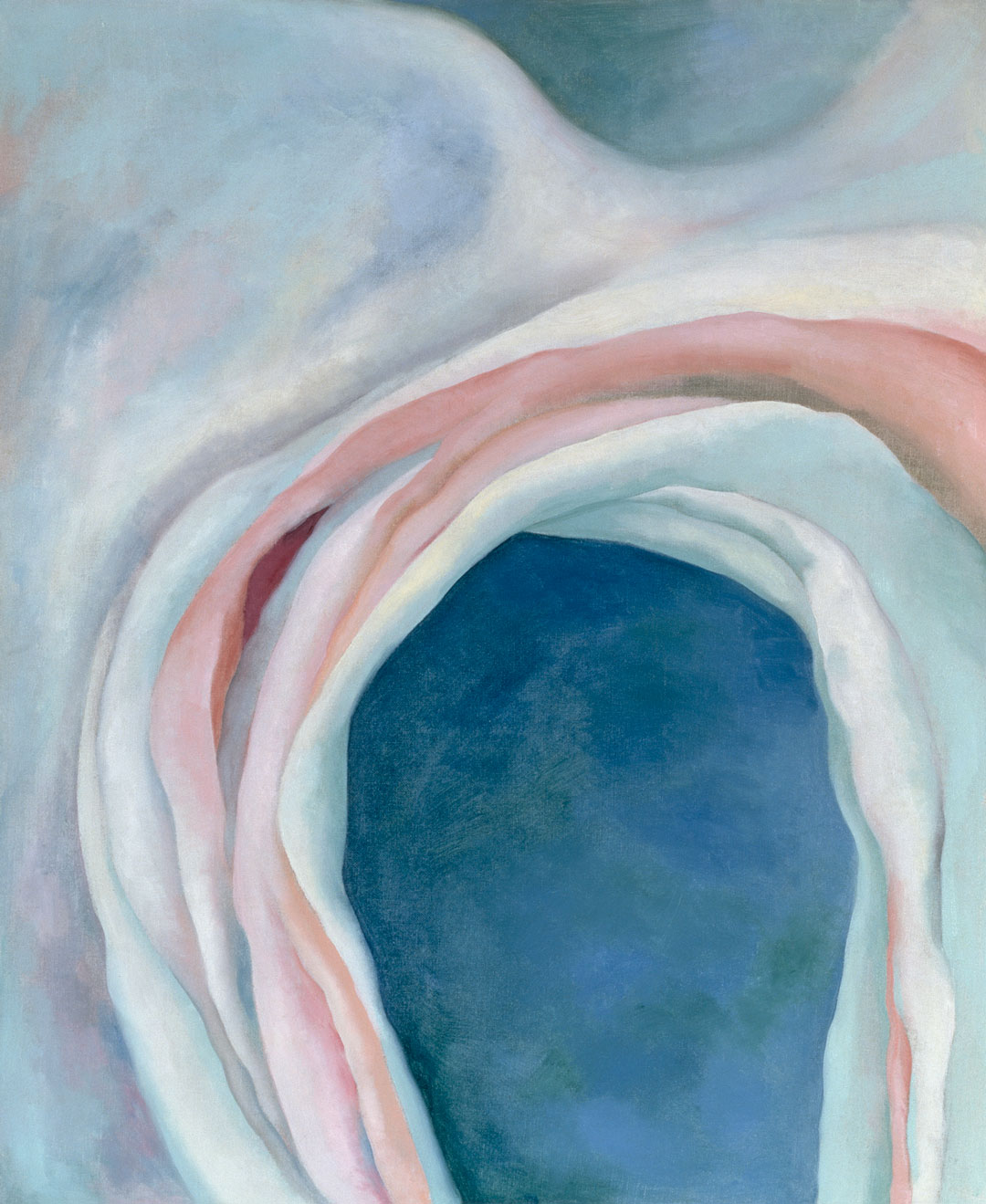 SAM’s temporary closure has been extended until further notice, in our effort to do all we can to safeguard the health and safety of the community.

We hope you are enjoying Stay Home with SAM, which connects you with art through videos, interviews, art-making activities, and art spotlights. Don’t miss the latest post, featuring digital and analog art-making experiences for Georgia O’Keeffe: Abstract Variations.

Artnet will be spotlighting exhibitions from all over the world during the closures—they started with Abstract Variations.

Seattle Times’ Gabriel Campanario is back with another sketch. This time, he takes in the Betty Bowen Viewpoint while on a socially distanced walk, mentioning her connection to SAM.

Crosscut shares another video in their Art Seen series, created before the stay-at-home order, with a question that is more relevant than ever.

“What do you create or do in life that brings you happiness? The question we asked locals — just before Washington state’s stay-at-home order — takes on new meaning now that individuals and communities are coping with the coronavirus crisis.”

Last week, Congress passed a $2 trillion aid package in response to the coronavirus. Cultural organizations had requested $4 billion; Artnet’s Eileen Kinsella reports on how “they got, well, less.”

Hyperallergic says skip Netflix, and explore their list of experimental films and video art to stream, gathered with the help of their contributors as well as artists and filmmakers.

Artnet’s Sarah Cascone got 10 famous artists to dish on their favorite recipes getting them through these tough times.

“A fridge full of seafood, a cabinet full of beans, and regular trips to the coffee shop while we still can. Prepping for the worst, but can’t leave this city! So far, pizza is still delivering, so totally OK.”

It makes me feel better to know Nikita the Lioness is taking a nap (again). 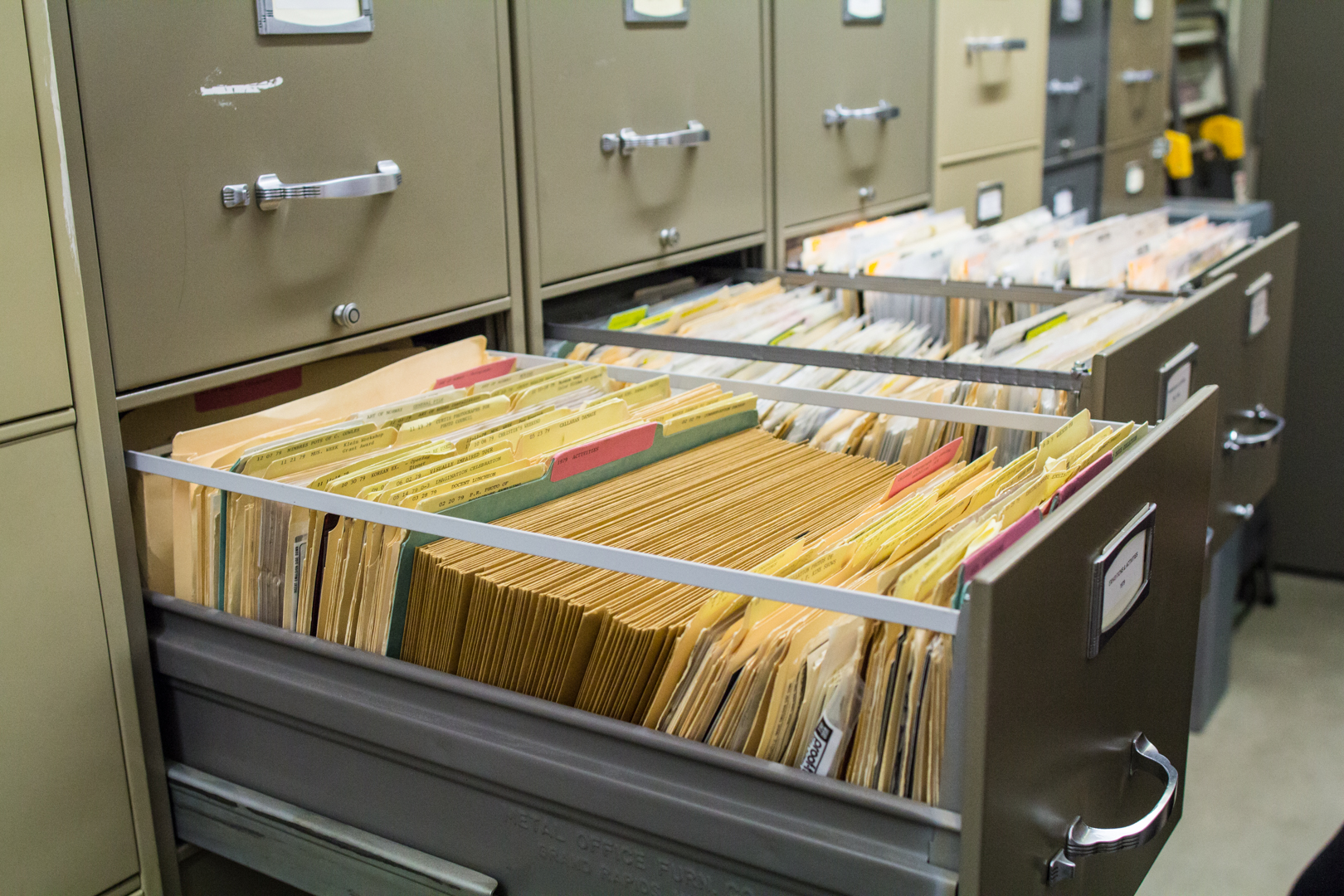 The photo archive at SAM begins in 1933 and spans 81 years to 2014, serving as a visual gateway into the expansive history of exhibits, programs, and events that have taken place here. The sheer scale of the photo archive is impressive: various sizes of negatives, color negatives and positives, prints, slides, CDs, and even floppy disks. The archive functions not only as photographic evidence of SAM’s expansion and influence over the course of its tenure, but also as a physical reminder of the advancement in photographic documentation technology. In January 2017, we began taking inventory of all the materials in the photo archive. The project currently consists of assessing photographic materials, removing duplicates, improving the overall organization of the files through relabeling and rehousing, and inputting information about the exhibitions and events depicted in the photographs into a digital spreadsheet.

As we progress through the photo archive chronologically, we become more aware of how SAM’s presence in Seattle has inspired and driven the city to become a destination for experiencing art from around the world. The archive is a visual and tactile record of the breadth and scope of exhibitions, events, and community involvement that have shaped the Seattle Art Museum since 1933. Much of the material highlights the annual events that have taken place at SAM, like the Annual Exhibition of Northwest Artists (1914–1974), and the Annual Exhibitions of Residential Architecture (1950–1980), architecture tours organized by SAM volunteers of homes in the Puget Sound region. A noteworthy event is depicted in a photograph of a prominent SAM donor, Mrs. Kress, greeting Queen Elizabeth in Washington DC in 1961. Mrs. Kress was in DC for the transfer of gifts from the Kress Foundation Collection to 18 US museums, including SAM. Another is a photograph of two important figures in Seattle’s arts community past: SAM founder Dr. Richard Fuller and art supporter Betty Bowen, lighting candles on a cake made for artist Mark Tobey’s (of the Northwest School) 80th birthday party held at the museum. In 1991, SAM moved from its original Volunteer Park location (now the Asian Art Museum) to its present downtown location on First Avenue. Highlights from the archive during this decade include a file from 1991 that houses color prints and slides documenting the installation of the marble Chinese camels (14th–17th century) at the new downtown location. The photos show installers wearing hard hats working together to elevate the sculptures, now located in SAM’s grand stairway. In a file dated November 19, 1993 there is a public relations announcement with the headline “APEC Economies Present Seattle Art Museum with Gifts from Around the World” and a myriad of photos and newspaper clippings documenting the event. On November 19, 1993, the Asian Art Museum at Volunteer Park was the site of the 19th Asia Pacific Economic Conference leadership reception attended by heads of state from 15 Asia-Pacific nations. In a display of international goodwill, several economies participating in the conference offered SAM gifts of artwork from their respective nations. The conference also featured a piece by nine-year-old Skylar Gronholz, chosen as the piece that best represents the theme of “international economic cooperation” from a student competition. Skyler unveiled his work to President Clinton and the 15 world leaders during the conference. A file dated February 11, 1994, a seemingly ordinary day, contains a series of prints documenting the arrival and greeting of SAM’s millionth visitor. There is no name listed in the file, but number 1,000,000 was photographed smiling and receiving flowers in front of the admissions desk as well as on her trip through SAM’s galleries. These documented moments within the archive showcase the involvement and enthusiasm of people inside and outside of Seattle who have fostered a space for SAM to successfully bring art to the community; effectively and accurately presenting SAM as a nexus of local engagement and international collaboration.

The Seattle Art Museum’s dedication to bringing art to Seattle residents and visitors alike is made visually evident in the photo archive. Through this project, our goal is to eventually make the archive more accessible. We believe greater access will lead to a heightened awareness and a more nuanced understanding of SAM’s involvement in the region and its enduring impact on the Seattle arts community.