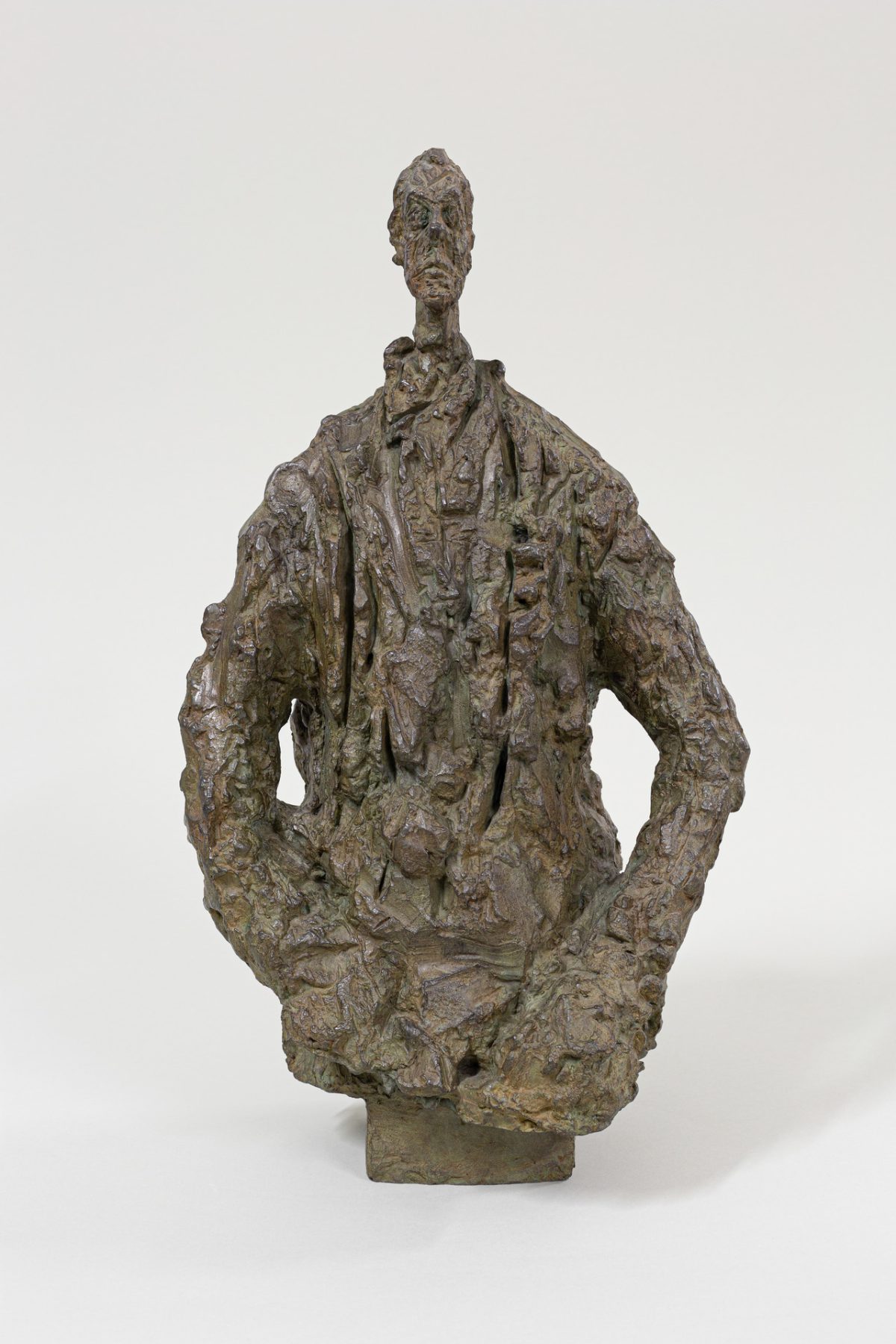 In Alberto Giacometti’s never-ending pursuit of a new vision of the human form, the artist often turned to nature for inspiration. Many of his early artworks—most notably in his paintings and sketches—focused on the dynamic landscapes of his upbringing in Stampa, Switzerland. This motif remained as his career progressed, yet his exploration with nature and man’s relationship to it was explored in new ways.

With its tiny head perched on an oversized mound, of which only the figure’s arms can be identified, Man with a Windbreaker (1953) is one of Giacometti’s sculptures which best demonstrates his evolving relationship to nature. While he experimented with scale, texture, and perspective in nearly all of his artworks during this artistic period, this sculpture stands out for its evocation of a geological concretion, with some scholars going so far as to call it a stalagmite.

In this audio recording, SAM Associate Director of Interpretation Erika Katayama discusses Man with a Windbreaker, comparing the rough texture of the mound to a “rocky mountainside.” Tune in to this, and seven other audio recordings which accompany artworks on view in Alberto Giacometti: Toward the Ultimate Figure, when you visit the exhibition at SAM’s downtown location through October 9.

NARRATOR: Giacometti’s experimentations with scale and texture come to the fore in Man with a Windbreaker. Associate Director of Interpretation Erika Katayama:

ERIKA KATAYAMA: At this point in his career, Giacometti is constantly manipulating perspective and scale as a means for him to capture his vision of the human figure. Notice the dramatic contrast of proportion in this sculpture. The tiny head sits atop a large, almost mountainous body. The rough texture of his clothes reminds me of a rocky mountainside. As a viewer, this gives us the illusion that the body of the man is close to us, looming large, whereas the tiny head is far away.

VOICE OF GIACOMETTI: For me, any deformation is entirely involuntary. I simply try to recreate what I see. My struggle is to grasp and possess an appearance that constantly escapes me. I try to express what I see, but unfortunately I never manage to make something that truly resembles it.