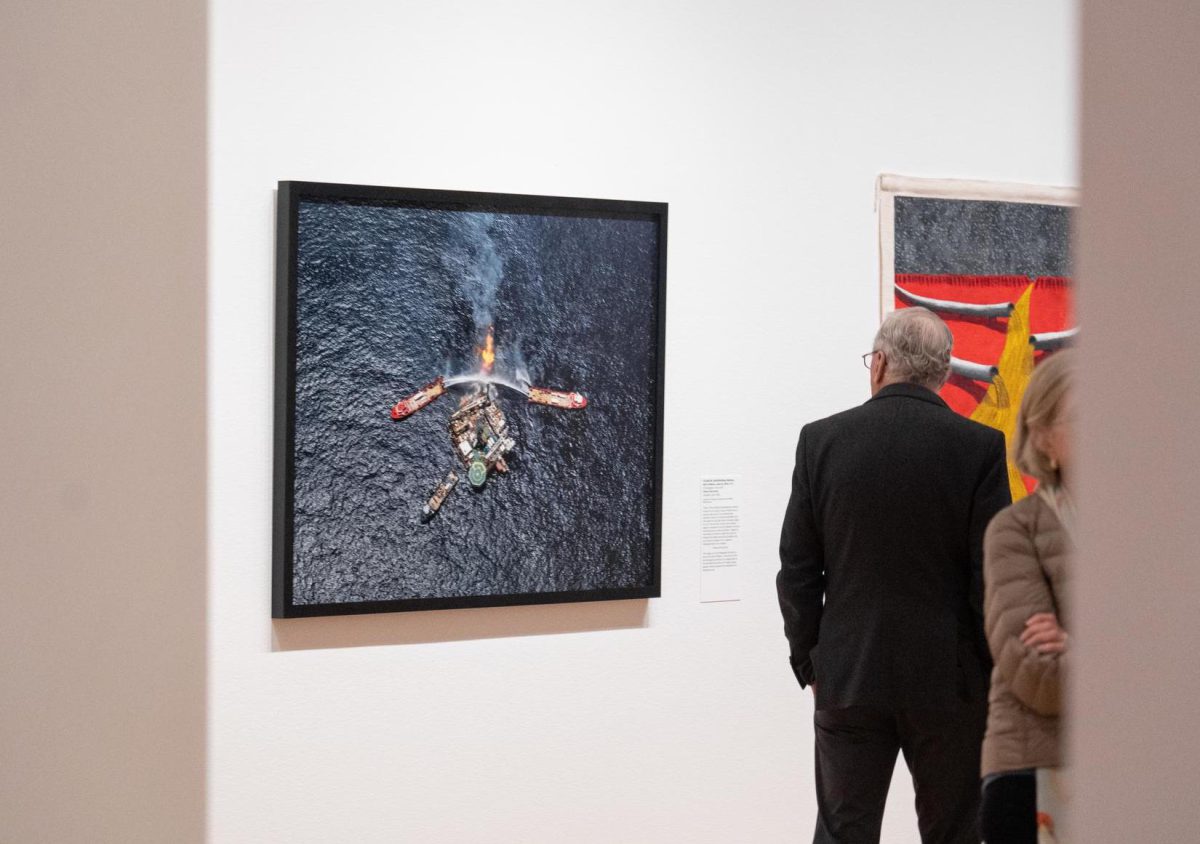 One of the thrills of working on Our Blue Planet: Global Visions of Water was the chance to collaborate with my colleagues, Barbara Brotherton and Natalia Di Pietrantonio. Of the many outstanding photographs that emerged from a collection that Natalia was familiar with, Edward Burtynsky’s Oil Spill #5 is now on view with other efforts to document how our species is enacting the desecration of water.  Here is Burtynsky in his own words:

“When I first started photographing industry, it was out of a sense of awe at what we as a species were up to. Our achievements became a source of infinite possibilities. But time goes on, and that flush of wonder began to turn. The car that I drove cross-country began to represent not only freedom, but also something much more conflicted. I began to think about oil itself: as both the source of energy that makes everything possible, and as a source of dread, for its ongoing endangerment of our habitat.”

This image is of the Deepwater Horizon oil spill in the Gulf of Mexico. The colors of the red emergency vehicles, the orange flare of the well flame, and the arc of water sprays appear minuscule against the backdrop of a blackening sea.

One of the agonies of curating is the need to reduce an artist’s corpus to a short paragraph, so I’d urge you to move on to hear from this artist to learn more about his process and intentions. Oil Spill #5 is part of a series he narrates in this video, Water—Where I Stand: A Behind the Scenes Look.

On April 12, 2022, Edward Burtynsky was awarded a SONY World Photography Award in London. In his acceptance speech, he spoke as the son of Ukrainian immigrants to Canada, and deferred his contribution to honor others, saying, “Photography is about light conquering darkness. And as we speak, Ukrainian photographers are conquering an unimaginable form of darkness. I can think of no more outstanding contribution to photography than that.” More about Ukrainian photographers that he is supporting can be found on his website.