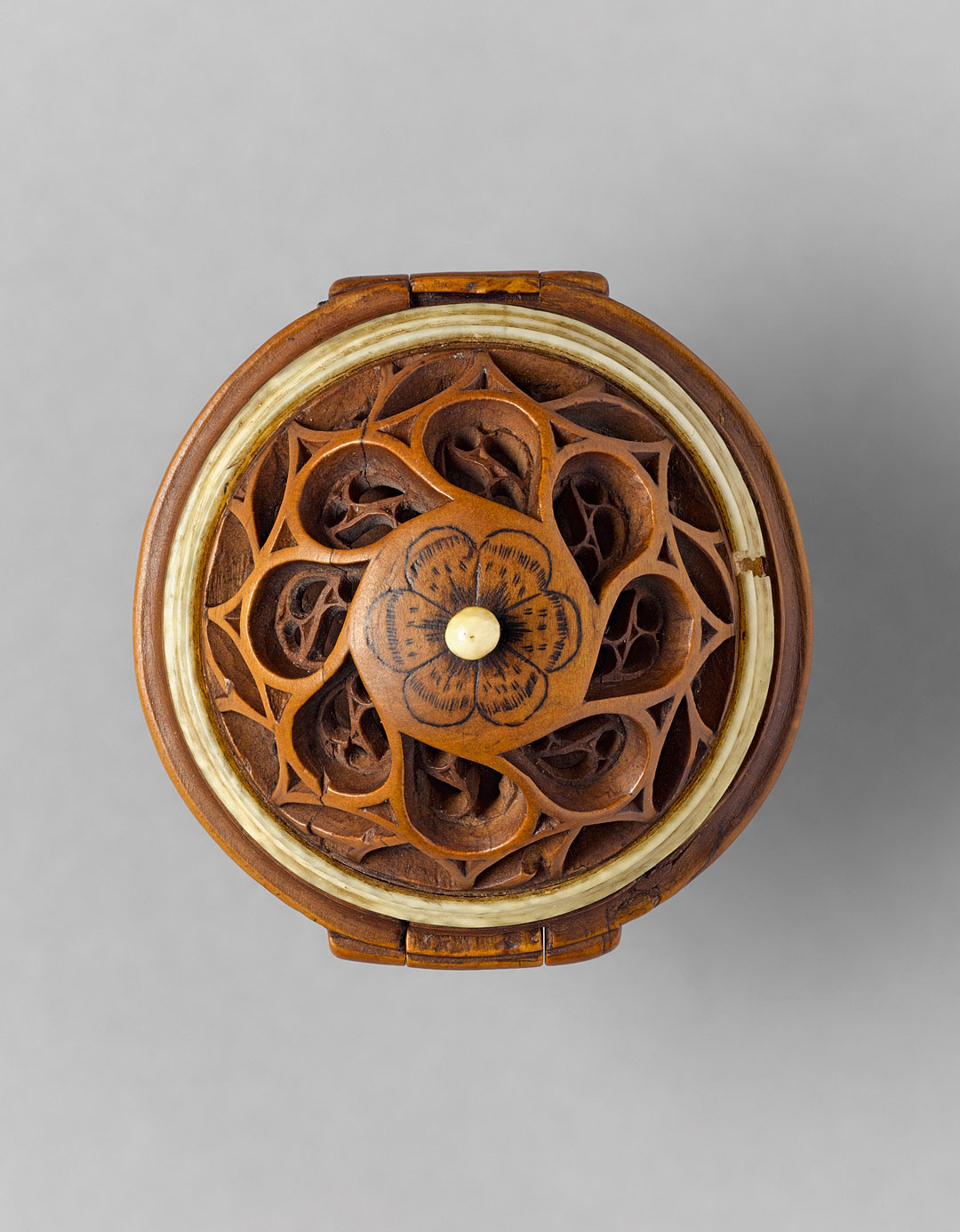 This 16th-century Flemish rosary bead or “prayer nut,” not even two inches in diameter, is a virtuosic display of wood and ivory carving. Floral patterns encircled by delicate ivory bands adorn each hemisphere. These swirling petals draw the beholder in for a closer look, which turns out to be worthwhile: the bead’s subtle hinge and clasp lead to hidden depths.

Opening the prayer nut reveals two impossibly small and detailed scenes from the life of Christ. The smaller side shows Saint Christopher bearing the young Jesus safely across the river, while the larger side bears an intimate scene of the Virgin and Child with Mary’s parents, Saint Anne and Saint Joaquim.

The sight of the intricate carvings alone is breathtaking, but these objects were wonderfully interactive as well. At the height of their popularity, most prayer nuts were worn on rosaries. These strings of beads were central to a multisensory experience of worship, where different beads loosely corresponded with recitations of ‘Aves’ and ‘Pater Nosters’, among other prayers. We can imagine the feeling of the prayer beads in hand, the sound of them clacking together in time with the holy words, combining into a trance-like meditation, in which the worshipper was meant to visualize and contemplate scenes from the Bible.[1] Those men and women lucky enough to have a beautiful prayer nut at the end of their rosary would open it carefully at the culmination of their prayers and be rewarded by an actual vision of these scenes.

However, we can’t only call these people lucky—they were also wealthy. Prayer nuts were symbols of status as much as faith, and church Reformers specifically criticized prayer nuts as empty claims to piety by the superrich.[2] This beautiful example in SAM’s collection would likely have been particularly precious, as it is made of sandalwood (an unusual choice) and ivory, both import goods from faraway continents.

I am continually in awe of the way objects like these, with a bit of context and empathy, can connect us to people we have not remembered in written archives. They never mean only one thing, and their stories will keep unfolding as long we care to look under the surface.