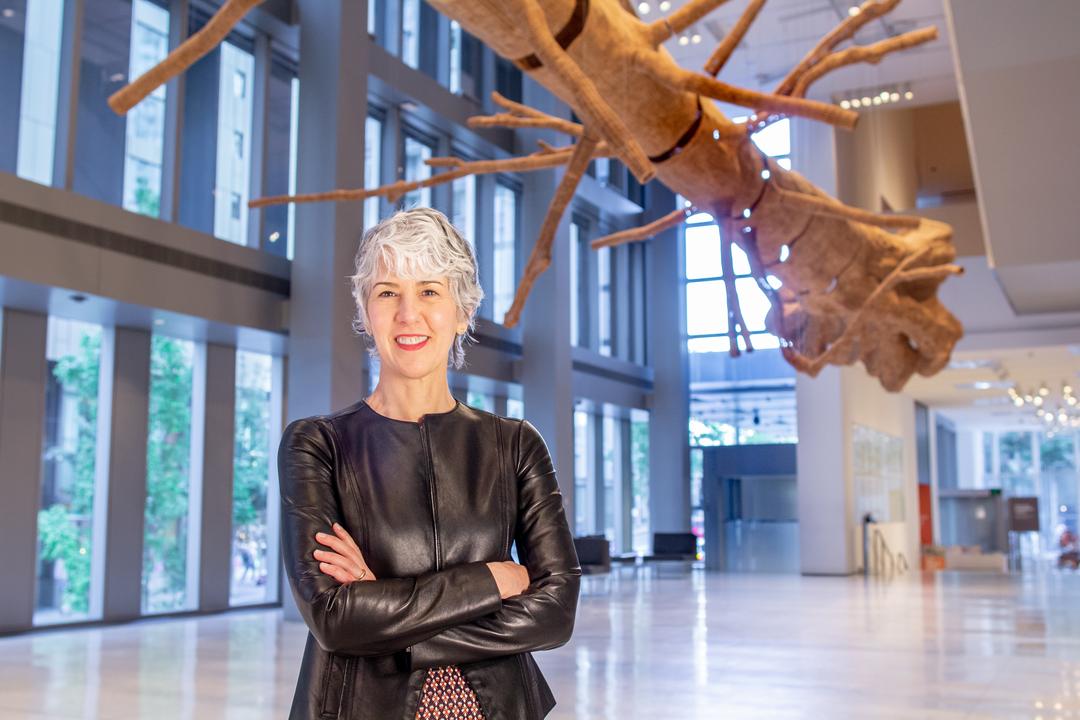 Amada Cruz, SAM’s Illsley Ball Nordstrom Director and CEO, was interviewed by Puget Sound Business Journal. She shared her vision for museums, her morning routine of café con leche and public radio, and other fun facts.

“We should think of museums as civic spaces where all kinds of people can meet, convene, have a shared experience and celebrate our shared humanities. That’s more important now than ever.”

“She speaks five languages — ‘three of them badly.’”

How’s your holiday shopping going? The Seattle Times recently shared their Holiday Gift Guide; among their recommendations for gifts for men is a SAM Shop-exclusive, a Seattle edition of the chic reusable water bottle, Phil the Bottle.

“The Terminal 86 Grain Facility Is Hideous. It Must Be Painted” declares Gregory Scruggs in the Stranger. He argues that the facility near the Olympic Sculpture Park is the only “loose end” in the plan for the downtown waterfront.

The Seattle Times’ Scott Greenstone on Collaboration on Canvas, a new show at CORE Gallery, an exhibition of collaborative paintings by homeless people, social workers, and volunteers.

“It was community, and a bunch of women sharing space and time, and doing something together,” Giller said. “It was different every time, but it was always a good feeling.”

From Artforum’s December print edition, here are 34 artists reflecting on their favorite exhibitions and events of 2019—including Natalie Ball on Guadalupe Maravilla and Judy Chicago on John Akomfrah’s Vertigo Sea.

Artnet’s Katie White on Homage to the Great Latin-American Masters at Houston’s Art of the World Gallery; the exhibition explores the complexity of classifying borderless Latin American art.

An archaeological study of dozens of caves on the Indonesian island of Sulawesi has turned up visionary examples of art—perhaps the oldest known figurative art made by modern humans.

“Scrambling up a fig tree vine, he found his way into a small grotto. Its far wall bore a panel, painted with a red ocher pigment. When Aubert saw it, he was astounded. ‘I thought, wow, it’s like a whole scene,’ he says. ‘You’ve got humans, or maybe half-human half-animals, hunting or capturing these animals … it was just amazing.’”