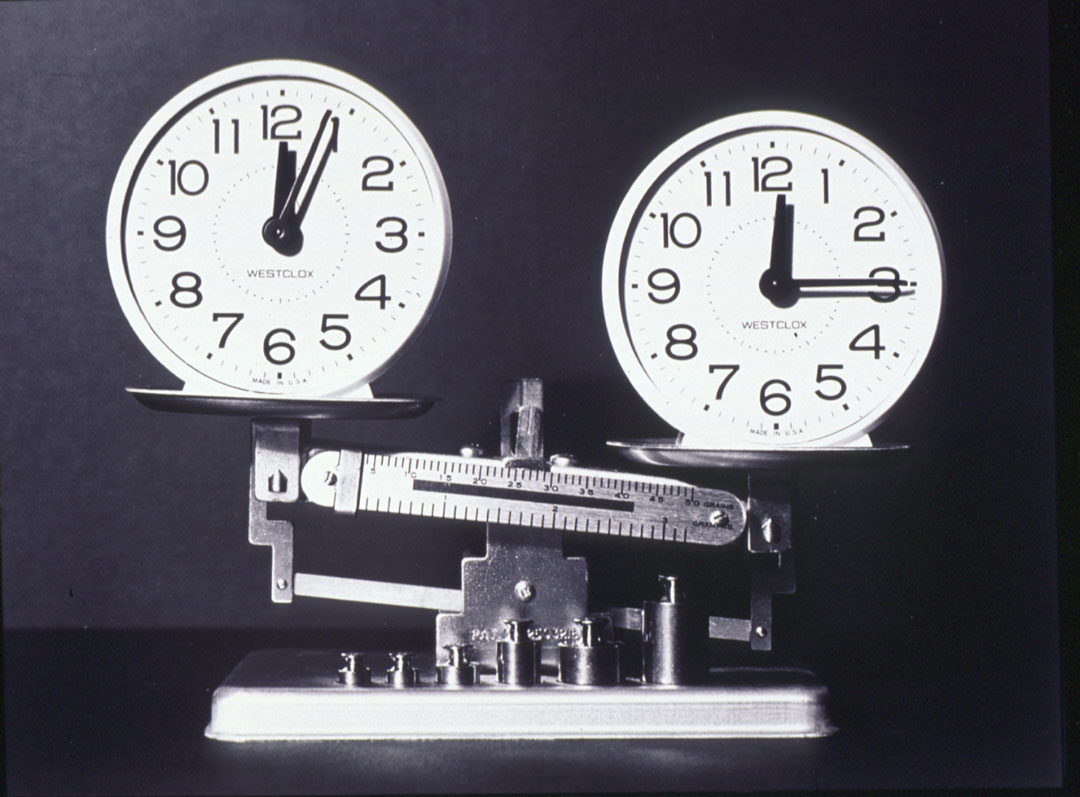 Two identical, white clocks sit on a scale. One—reading 12:15—appears the heavier of the two, sitting ever so slightly below its counterpart at 12:04. Of course, the minute discrepancy (pun intended) between the weights of the two clocks—correlating with their respective times—is impossible, but the power of the photographic image lies in its ability to convince us otherwise.

Ever a master of the conceptual punchline, photographer Kenji Nakahashi plays with our interpretation of time and its assumed objectivity. His longstanding interest in the documentary value and, again, assumed objectivity of photography—a time-based medium—is also at play, and clearly inextricable. In his characteristically understated way, Nakahashi tackles the subjectivity of both time and photography in one fell swoop.

Born in present-day Ibigawa, Japan, Nakahashi moved to New York City in 1973, where he lived until his death in 2017. His time in Japan was formative, but living and working in the United States is where Nakahashi developed a robust studio practice centered on everyday objects and materials. This is when he began turning the mundane—such as two clocks and a scale—into a source of poetic beauty, conceptual rigor, and humor. For Nakahashi, such small observations and actions became an important activity that allowed him to render the world anew.