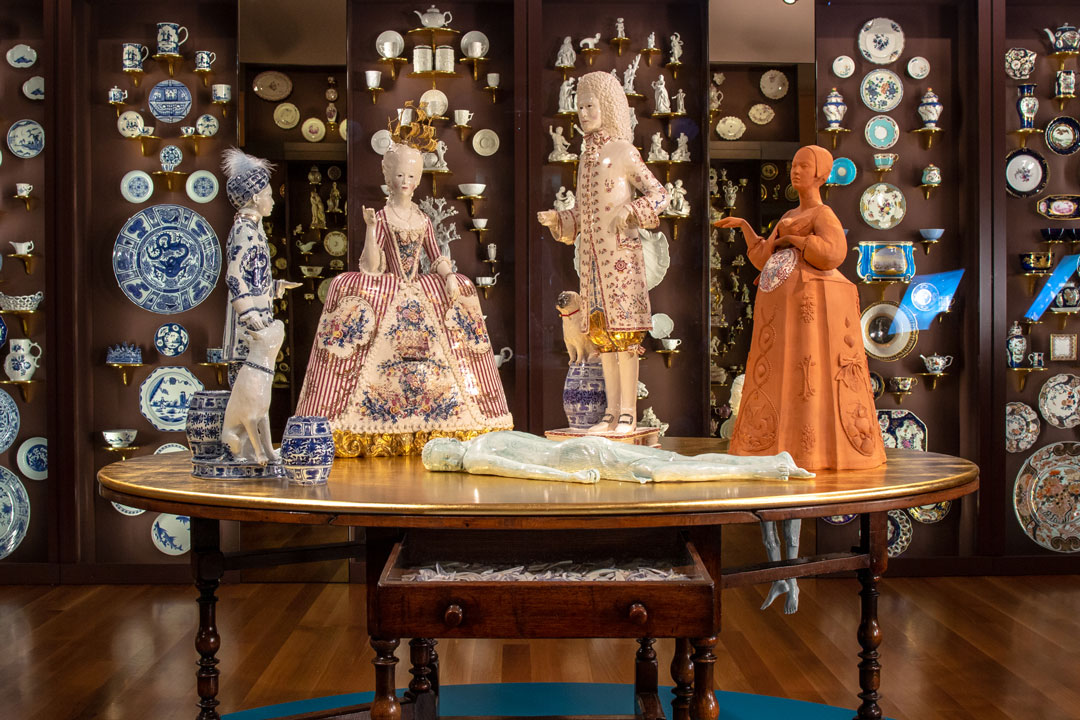 Claire Partington: Taking Tea is now on view! This site-specific installation brings out the untold human stories of the 1,000 European and Asian porcelain pieces in SAM’s Porcelain Room, reminding viewers of the reality of precarious ocean voyages and human exploitation. Brangien Davis of Crosscut offers this review of this “intervention” that will be on view for the next two years.

“Now, smack in the middle of the room — unprotected except by a guard at the door — stand six ceramic people in old-fashioned dress, positioned as if having tea. Suddenly, our focus is shifted to the figures, who don’t have any teacups in hand, but seem to get their pick of the room. These party-crashers might just change the space forever.”

This Thursday, light up the dreary days of December with SAM Lights. The Seattle Times has all the details on this annual event in their feature, “Holiday sights light up the night.”

Brangien Davis of Crosscut has a great story about the Central Library, which was just named the “most Instagrammable library” in the world.

“A recent Tuesday afternoon at the library didn’t turn up a single photo snapper. Instead, people could be found using the lofty building for a range of purposes: a man excitedly picking up a stack of books that had just come available; a chatty cluster of folks having coffee at the cafe; people with all their belongings in bags using the computer stations in the so-called Mixing Chamber; a young adult practicing violin in one of the reservable music rooms; one woman seeking documentation of the Alaskan Way Viaduct’s debut; another in search of a name steeped in Seattle history for a new restaurant.”

Roberta Smith, Holland Cotter and Jason Farago of the New York Times look back at “The Best Art of 2018,” including Hilma af Klimt at the Guggenheim, Charles White at MoMA, and Delacroix at the Metropolitan Museum of Art.

Hyperallergic broke the news that a board member of the Whitney owns a company that produces tear gas that’s been used at the border; both the Whitney staff and its director have offered their powerful replies.

“If storytelling is one of humanity’s most powerful gifts, then visual activism feels like alchemy. Especially when the work in all of its detail, subtle or overt, moves you in a way you don’t all the way understand.”

The most wholesome content on the Internet last week happened at SAM.