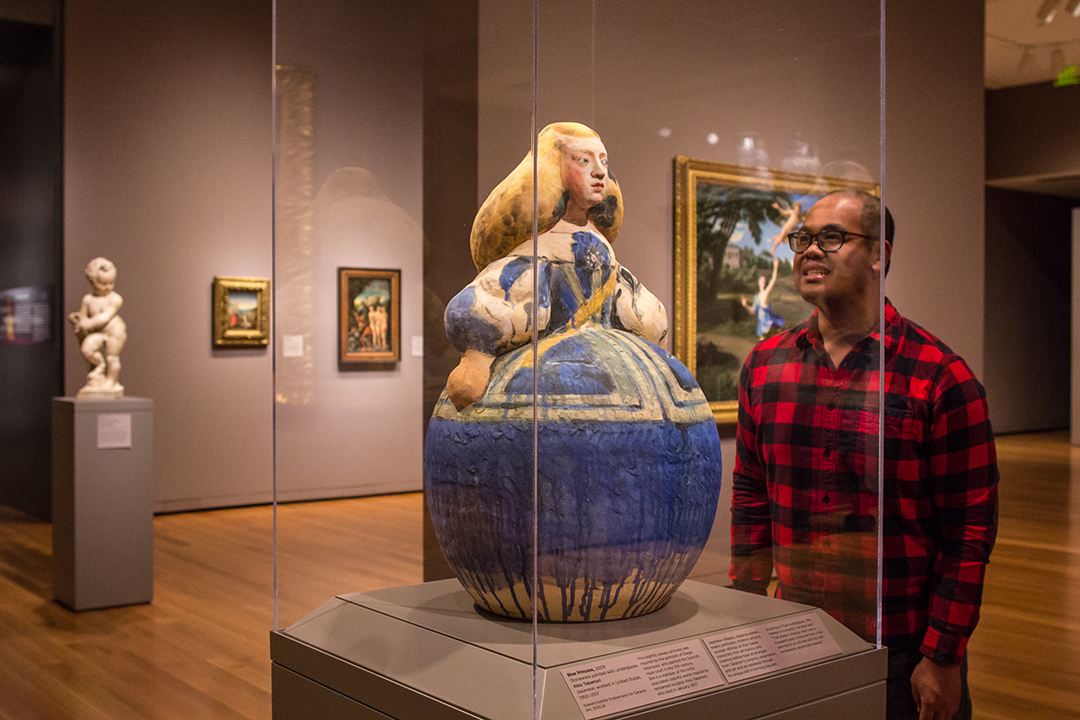 Like the suddenly falling leaves, fall arts happenings are swirling all around. The Stranger offered their “complete guide” to the best of October—including SAM picks like Andrew Wyeth: In Retrospect, the Jean-Pierre Melville film series, and the (sold out!) Diwali Ball.

Noted architect Tom Kundig leads a tour of the best Seattle architecture in this CNN Travel video; the Olympic Sculpture Park is one of his picks.

We enjoyed this Architects Newspaper salute to Denise Scott Brown on her 85th birthday; in which they share notable stories of her general awesomeness. Scott Brown—along with her partner, Robert Venturi—designed the original Seattle Art Museum that opened in 1991.

Watch this lovely KCTS tribute to ceramicist Akio Takamori, featuring interviews with his former UW colleagues and students, including Patti Warashina and Jamie Walker. His Blue Princess (2009) is currently on view at SAM.

“The boundary between the figurative and the abstract is erased in curious ways,” says the Seattle Times’ Michael Upchurch in this glowing review of the Frye Museum’s two new photography shows.

Farewell to Jon Rowley, the “fish missionary” whose art form was teaching us to appreciate perfect things like Copper River salmon and Olympic oysters.

Author Kazuo Ishiguro was awarded the 2017 Nobel Prize in Literature. You really need to read Tacoma bookseller/Ishiguro Superfan Kenny Coble’s tweetstorm when he heard the news.

The Art Newspaper takes you inside two new recently opened museums: the Zeitz Mocaa in Cape Town and the Yves Saint Laurent museum in Paris.

We can now listen to ripples in space-time. (Really!)