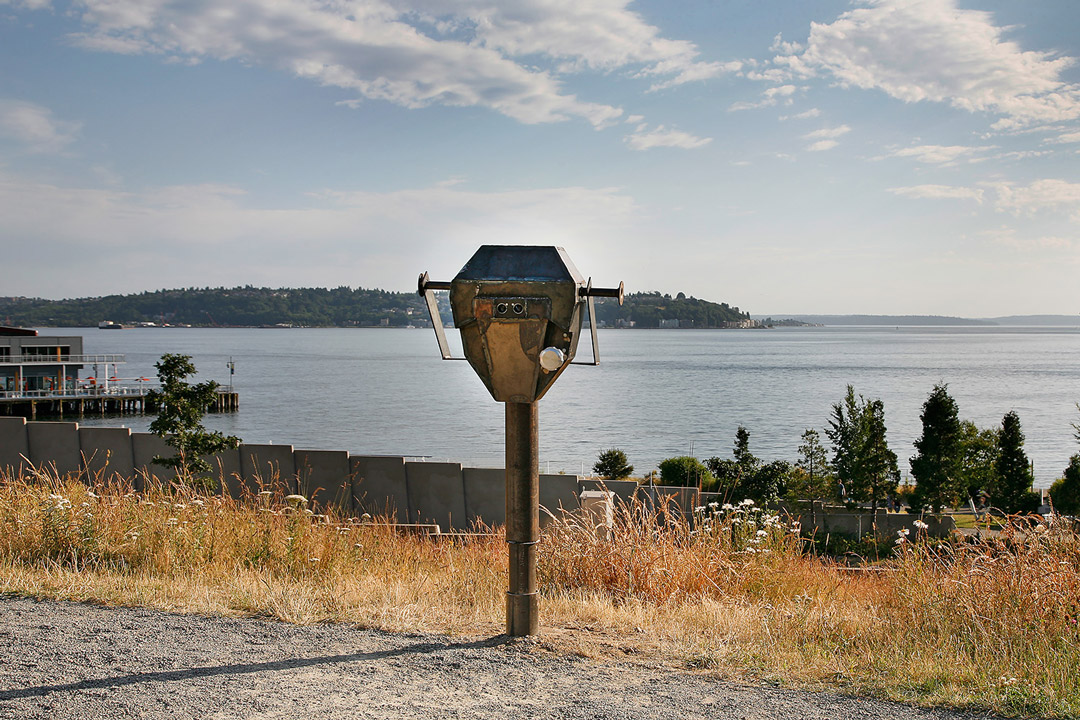 The Stranger launched their new format last week! The art section’s lead story was on Latent Home Zero by Christopher Paul Jordan at the Olympic Sculpture Park, which closes today—so head over there!

“Equal parts historian and visionary, Jordan uses the overlapping histories of land use, urban planning, and displacement in Tacoma as a microcosm to address the whole history of black migration across the United States. ‘We’ve been everywhere,’ says Jordan. ‘Urban space, rural space, but with every generation comes a new form of displacement, mass migration, and exclusion. Take a step back, how do we take agency of how we construct our belonging away from our homeland?’”

SAM’s Art Beyond Sight tours for visitors with low or no vision were featured in the Seattle Times last week with photos from a recent tour this summer at the Olympic Sculpture Park.

City Arts gets on our level: Priya Frank, SAM’s Associate Director of Community Programs, was interviewed for the October edition of Taste Test. #Radbassador

Via KUOW: Prompted by their daughter’s concern, a Seattle family returned to the Sealaska Heritage Institute a Chilkat robe that hung in their dining room for years, unaware that it was a sacred clan object.

The New York Times on the Studio Museum’s superstar director/chief curator Thelma Golden and its plans for a new David Adjaye-designed building.

“’So many of the shows she did were not just great shows but reframed art history,’ said Adam D. Weinberg, the Whitney’s current director. ‘Thelma was instrumental in making possible the whole rethinking of not just African-American art but American art.’”

WIRED takes on art in the age of Instagram, asking “where do we draw the line between art and Instagram filler?”

Cabbage Patch Kids, inflatable air dancers, and Shake Shack: Just a few of the wonderful, everyday things that started out as art.

Those production values tho! Our friends at Analog Coffee with a helpful tutorial on an art form we at SAM have perhaps overlooked.