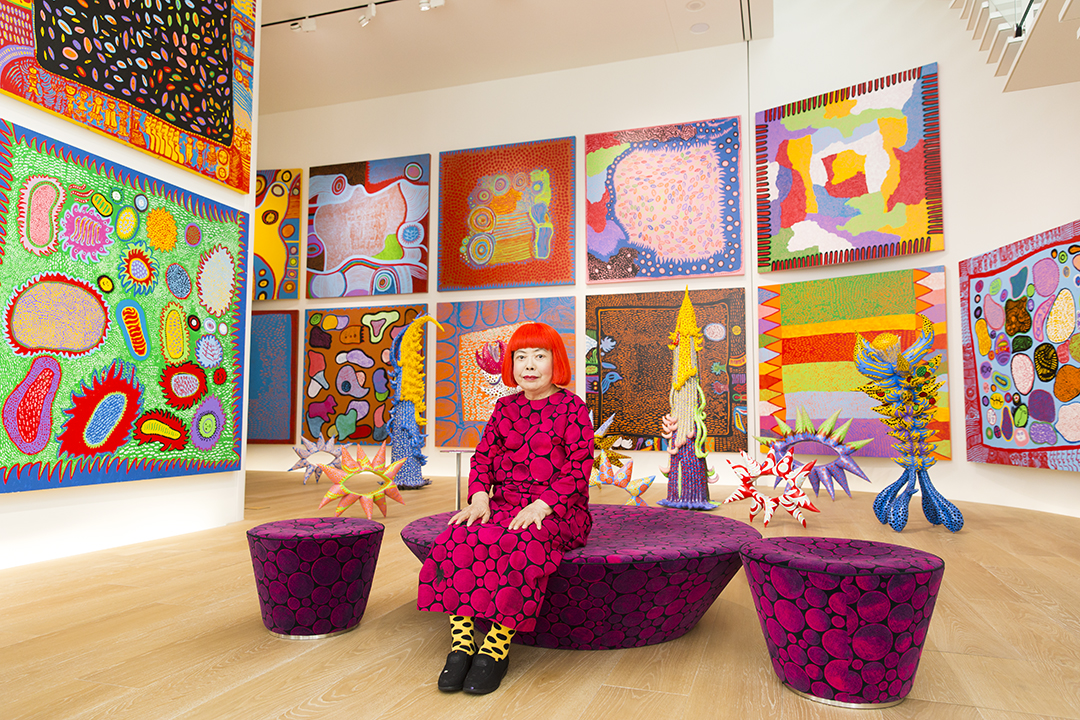 There are eleven days left to see Yayoi Kusama: Infinity Mirrors at Seattle Art Museum and by now, you’ve probably seen an infinite number of images of her artwork in your Instagram and Facebook feeds. Hopefully you’ve seen the exhibition in person as well! If not, learn more about Yayoi Kusama below and plan to line up at SAM for day-of timed tickets between now and September 10 to experience infinity through the immersive art of this icon, rebel, and visionary.