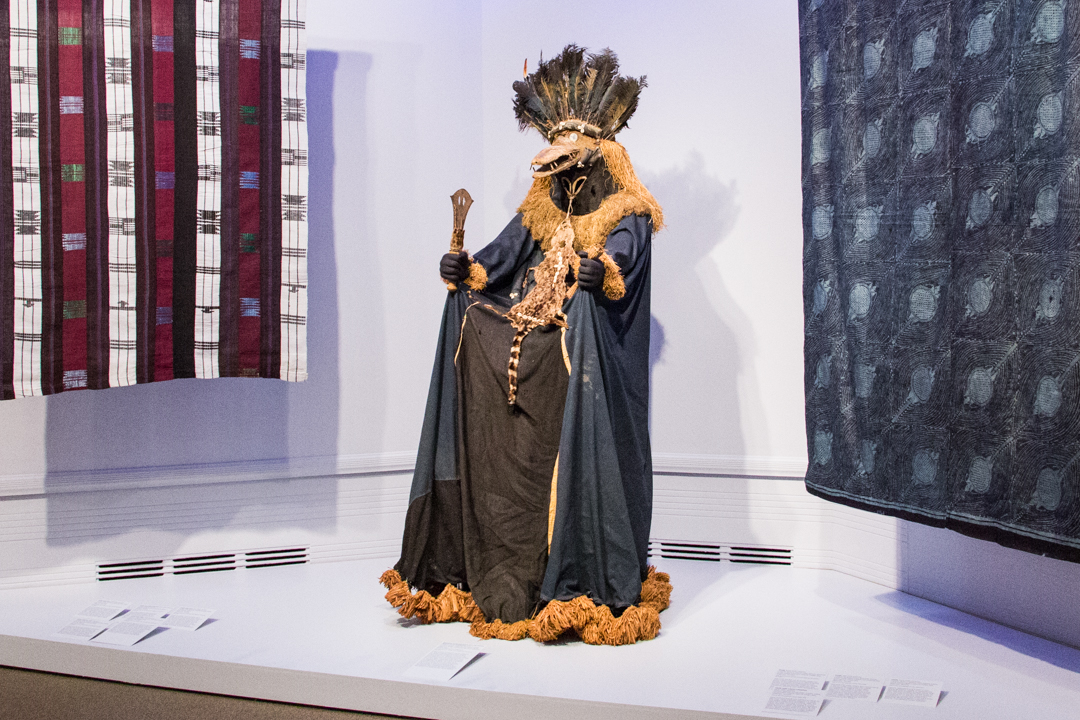 In one gallery of the Mood Indigo show at the Asian Art Museum—and you’ll know it when you find it—Basinjom presides. He’s an intimidating presence, often stopping folks right in their tracks. My wife insisted she couldn’t look too long at him, or else she would have nightmares. Here in the U.S. most of us have no problem understanding that a name is significant. Baby name books and websites and blogs are an expansive directory, allowing parents to match a name that means something with a vision for their child. Basinjom, literally meaning “God’s Medicine,” carries a purposeful name. He is not just a mask or costume, but a healing masquerade, appearing in Ejagham civilizations in Nigeria and Cameroon, where he acts as a powerful restorative force in his community. He has a spiritual aura that gives clear reason for the first part of his name, but the second part is more esoteric. It’s hard to conceive of him as a “medicine.” SAM curator Pam McClusky explains that “Medicine, in Ejagham terms, is a knowledge of plants and herbs that God provided to fight witches and criminals. Medicine can be manifested in the form of a mask or be located in a container or even a person.”1 When Basinjom is called upon, he acts as detective, judge, and healing agent. He points out the root of witchcraft, which is the seed of discord and ruin in the community, and then banishes it.

Like any medicine, Basinjom is made of many essential ingredients:

Basinjom is unforgettable. There’s a great chance to engage with him tonight at the Art Globally: Indigo Allure event, where there will be plenty of people around to make sure he’s on his best behavior and no nightmares are had!