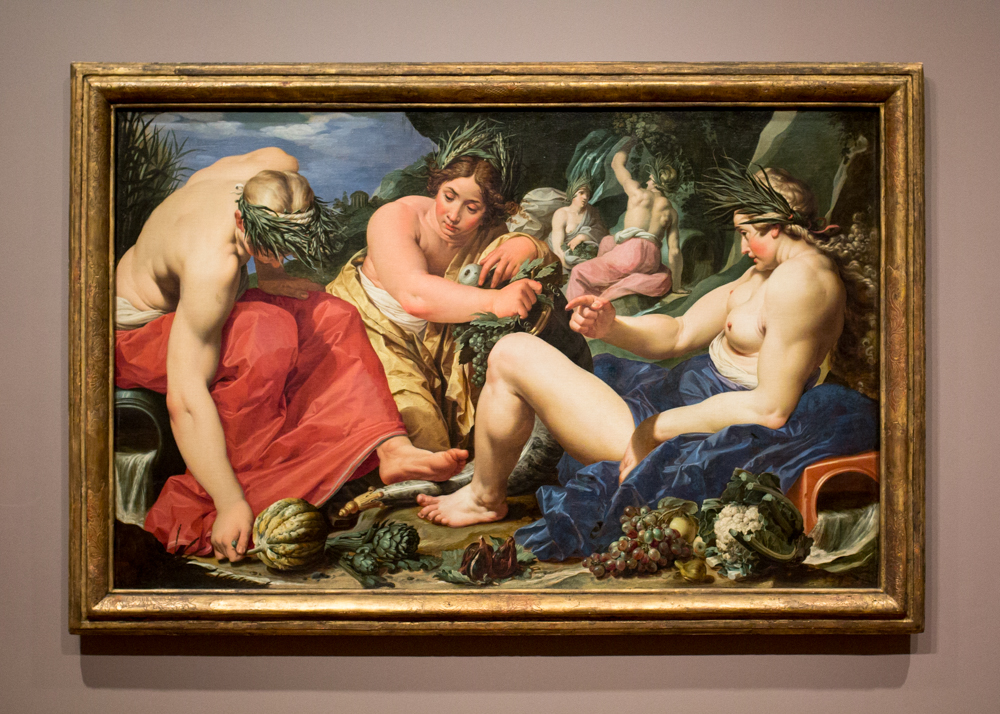 In SAM’s large oil painting by Flemish artist Abraham Janssens, The Origin of the Cornucopia (ca. 1619), one of three figures in the foreground grasps the stem of a round, ridged, colorful squash. The picture honors the harvest, abundance, and most importantly today—the day before Halloween—the pumpkin. Pumpkins are totally trending. Fall is the pumpkin’s moment, when it takes over as the most visible symbol of an entire season. It’s a rare food or drink establishment that doesn’t have pumpkin on its menu this time of year. On my last trip to get an oil change, the service center was advertising pumpkin spice motor oil. It’s abundant, and it’s no johnny-come-lately, either. The pumpkin, scientific name Cucurbita pepo, has been growing in North America for roughly 5,000 years and is indigenous to the Western hemisphere. Our name for it has been around since the late 17th century, coming from the French pompon and traceable back to the Greek pepōn, meaning “large melon.”

Like the pumpkin, which sometimes stands in for the whole season, Janssens’ Origin of the Cornucopia was likely painted as an allegory of fall. The specific scene relates to one of Hercules’ battles in Greek mythology. During a victory over a river god who has taken the form of a bull, Hercules tears off one of the bull’s horns. River nymphs take up the horn and fill it with a variety of fruits and vegetables. In Ovid’s Metamorphoses, the defeated river god, Achelous, sings: “My Naiads filled it full of fragrant flowers/And fruits, and hallowed it. From my horn now/Good Plenty finds her wealth and riches flow.” These poetic lines offer a fitting caption for the scene in front of us, where visual riches are bountiful. In the Janssens painting, three massive figures—the Naiads, or water nymphs—gather delectable fruit and vegetables with which to stuff their “horn of plenty,” choosing from cauliflower, grapes, figs, artichokes, and the squash, all painted by the artist in great detail. The figures on the right and left lounge on vessels gushing out water—a reference to their roles in mythology and to water’s importance in the harvest. Every element up to the crowns of wheat suggests health and growth. In the past, the painting has been dated to as early as 1609, but it’s now put at about 1619. Either way, it marks one of the earliest depictions of the origins of the cornucopia. The Origin of the Cornucopia hangs on the wall of our fourth floor galleries devoted to classical European art. It has played an important role in SAM’s relatively small European collection since its acquisition in the summer of 1972, when it was given to the museum as a 75th birthday present to our founding director, Richard E. Fuller. Before its time at SAM and the gallery from which the museum acquired it, the painting is said to have lived in a French provincial castle. I imagine it hanging over a dinner table, every inch of it covered with an autumn feast.