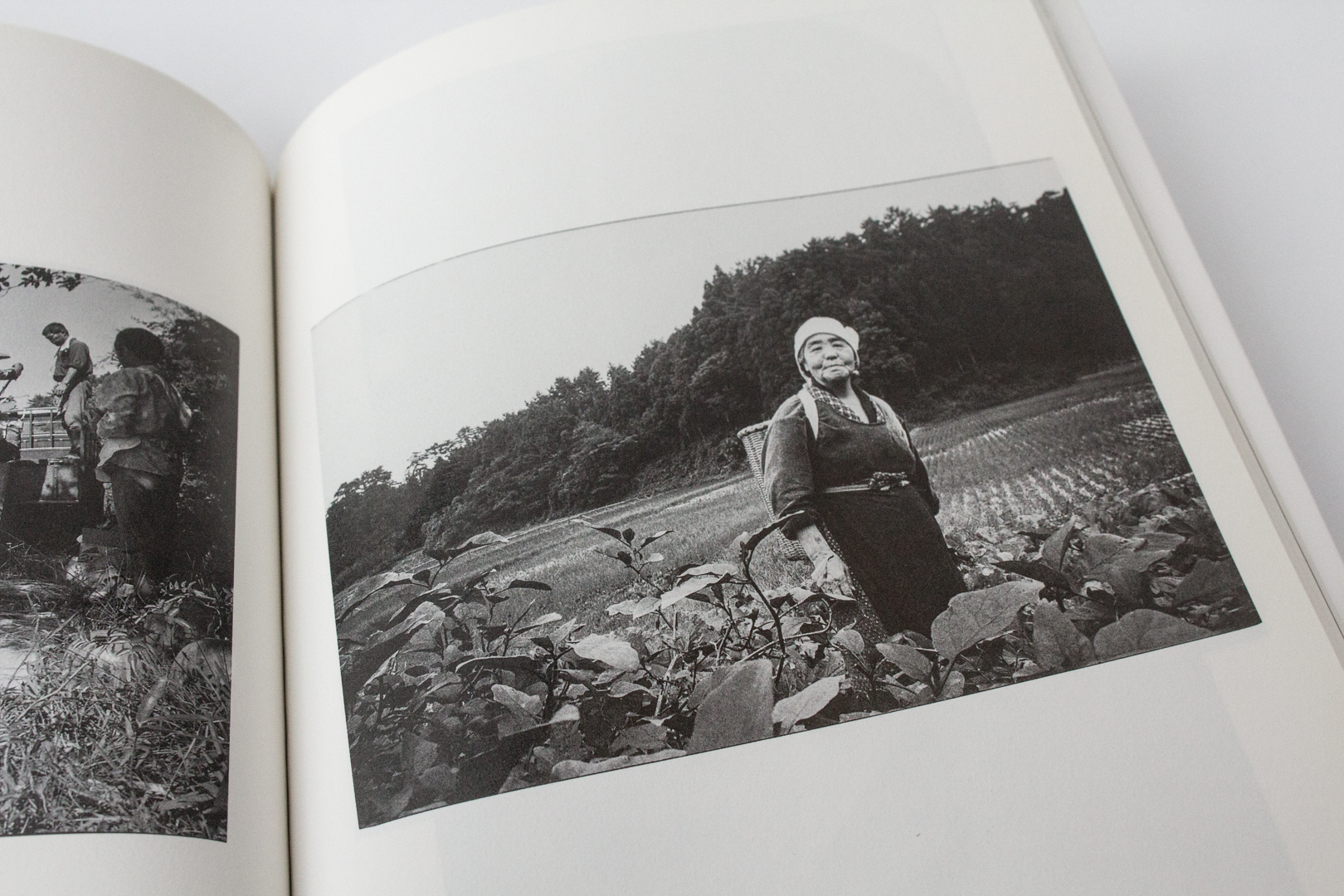 This is the third in a series of posts about an extraordinary photobook collection donated to the McCaw Foundation Library for Asian Art by collector, Chris Harris. Photobooks are photography-illustrated books which may or may not include additional text. The photography drives the content, rather than being supplemental to the written word. Often handmade, self-printed, or published in limited editions, these books are often considered works of art themselves.

People and Places in Dissonance
Continuing our exploration of the Harris collection of photobooks in the McCaw Foundation Library’s holdings, two photobooks in the collection bear witness to the lasting effects of human technological constructs on forest and farmland in rural Japan.

Ruin and Regeneration
Places can change in an instant, and for all time. Mushrooms from the Forest 2011 by Takashi Homma

Mushrooms from the Forest 2011 by Takashi Homma (Blind Gallery, 2014), present a serene yet evocative pictorial commentary on life in Fukushima prefecture after the 2011 earthquake, tsunami, and subsequent nuclear disaster. Foraging for wild mushrooms in the forests of Fukushima was once a common pastime for many people in the region. Many species grow robustly throughout the microclimates within the forests. Due to dangerous levels of radiation, foraging and ingestion of these plentiful fungi has been banned indefinitely. Still, the mushrooms themselves appear to flourish, even in the face of invisible, widespread, pervasive, sometimes invisible devastation.

Preservation vs. Progress
In the early 1960s, the Haneda Airport, or Tokyo International Airport, was struggling to support an ever-increasing volume of jet traffic. The growing number of flights—and the noise that accompanied the new jet engines that powered them—caused the Japanese transport ministry to seek an alternative location for a new high-capacity international airport.

A large farming area near the village of Sanrizuka, in Chiba Prefecture, was selected for the development plan. Construction of the Narita International Airport began in the late 1960s. This endeavor forever altered the abundant pastoral quality of life that had thrived there for generations. Sanrizuka Plegaria A Un Labrador (Sanrizuka: Kitai Kazuo shashinshu) by Kazuo Kitai (Waizu Shuppan, 2000), is a beautiful photobook that honors Sanrizuka’s traditional rich rural lifestyle, the bountiful agricultural landscape, and documents the protest to save it. The decision to build the airport on top of the agricultural land was opposed for years by a group of residents and ideological activists. However, construction went forward and what was once farmland eventually became an airport. This photobook poignantly honors the struggle of the people of Sanrizuka and the beauty of the agricultural lifestyle and land they hoped to preserve. 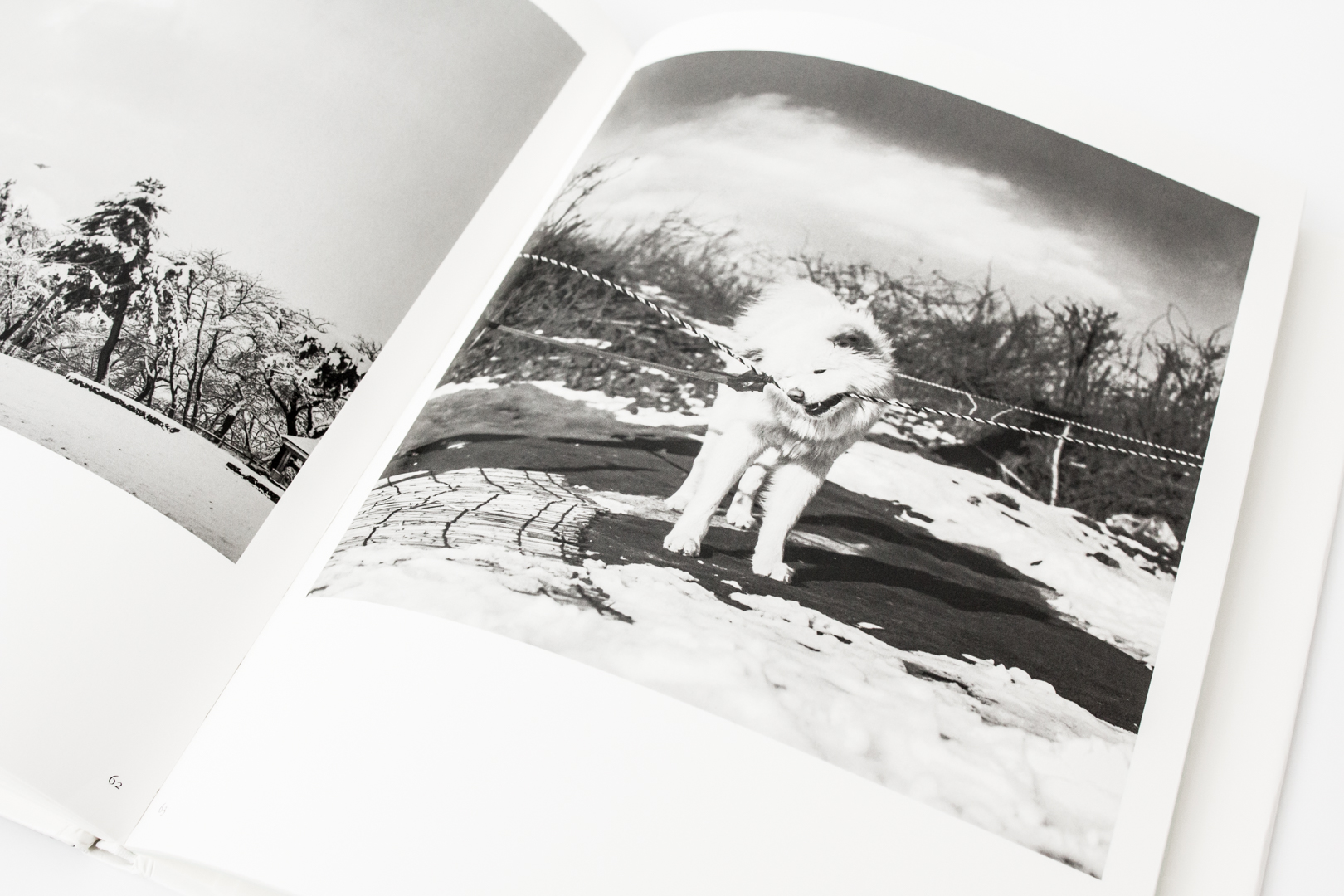 This is the second in a series of posts about an extraordinary photobook collection donated to the McCaw Foundation Library for Asian Art by collector, Chris Harris. Photobooks are photography-illustrated books which may or may not include additional text. The photography drives the content, rather than being supplemental to the written word. Often handmade, self-printed, or published in limited editions, these books are often considered works of art themselves.

People and Places in Harmony
Part of the Aomori Prefecture, Tsugaru is found at the far north of Japan’s main island of Honshu. The Sea of Japan meets its western shore, while the Pacific Ocean is to the east. Surrounded by water, this mountainous area is beautiful, remote, and endurably peaceful. Two of the photobooks from the Harris collection give us glimpses of captivating people and places in Tsugaru.

Rugged, Deep, Delicate
Tsugaru: Shi, Bun, Shashinshu by Yojiro Ishizaka and Kojima Ichiro (Izu Photo Museum, 2014) opens a window that allows us to view everyday life in Tsugaru. The images that reach out from these pages convey the at-home attitude and the quiet sense of belonging expressed by the people who live in this vast, remote landscape. These stunning images capture the sense of eternal clarity that suffuses the landscape and the people of Tsugaru. This masterful work depicts people living in harmony within the natural world, using images that are artistically compelling and evocative. Integrity and Integration
Masako Tomiya’s Tsugaru (self-published, 2013) is a study of individualists adapting to a beautiful, rugged world. The unique character of the landscape and people of Tsugaru is captured beautifully in this collection of black and white photographs. It celebrates the majesty of the rugged rural terrain, whipped by fierce wind and snow in the winter, then bathed in summer’s balmy breezes. The people who live there are portrayed as the resourceful individuals they are, living life in tune with the call of the natural world. 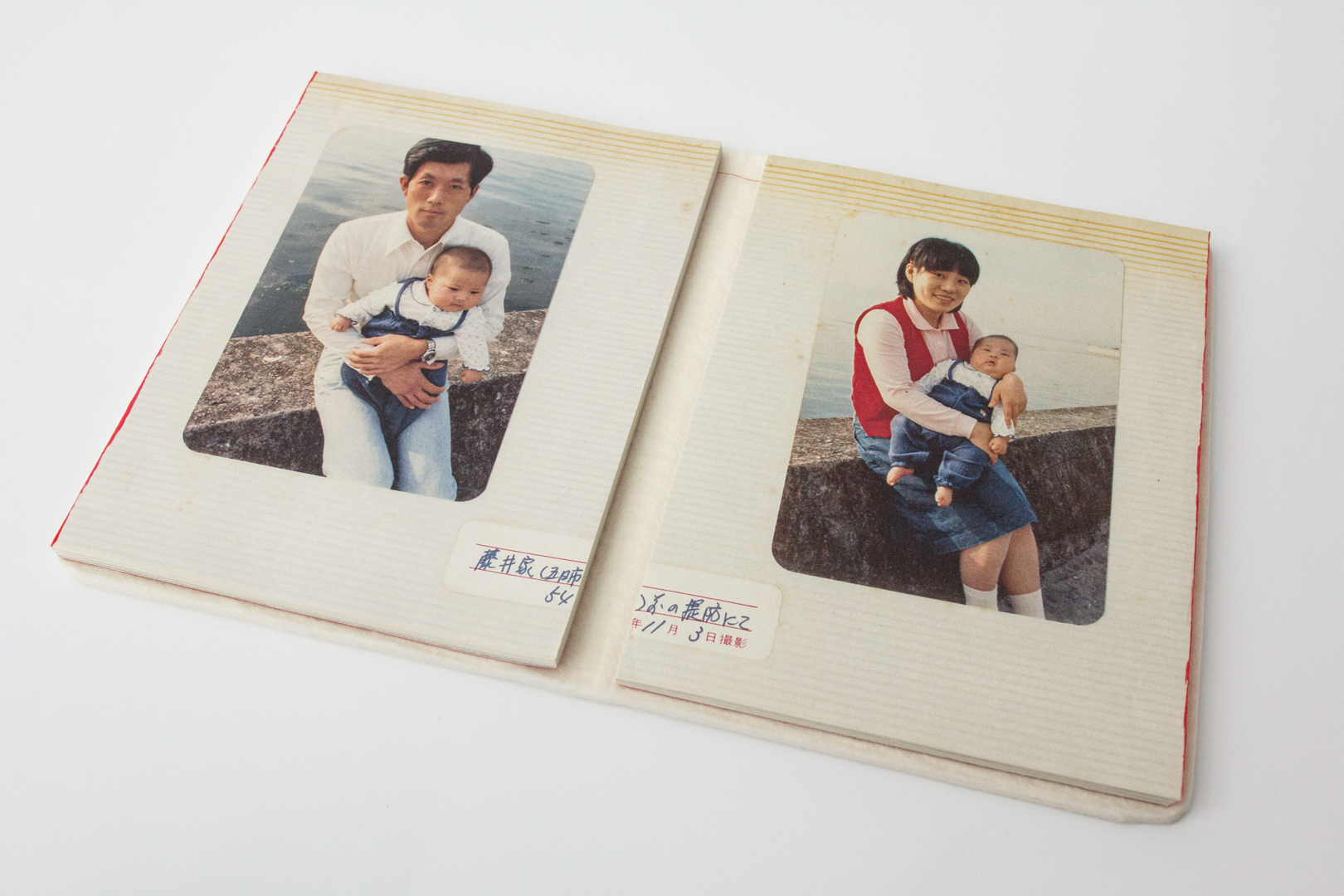 This is the first in a series of posts about an extraordinary photobook collection donated to the McCaw Foundation Library for Asian Art by collector, Chris Harris. Photobooks are photography-illustrated books which may or may not include additional text. The photography drives the content, rather than being supplemental to the written word. Often handmade, self-printed, or published in limited editions, these books are often considered works of art in themselves.

People, Places, and the Passing of Time
A recent donation of photobooks to the McCaw Foundation Library reminds us that all things are transitory. Chris Harris shares images with this generous and poignant gift from his personal collection of photobooks by important Japanese artists. These photobooks speak to us of family ties, of the natural world, and of ephemeral glimpses of urban life and landscapes. Focused mostly in Asian countries, these images are often haunting, sometimes playful, and entirely captivating.

Personal and Provocative
Love, time, and ties that bind. The Red String by Yoshikatsu Fujii

People are the focus of The Red String by Yoshikatsu Fujii (Fujii, 2014). This rare, handmade, and self-published photobook tells the story of a family’s transitions and partial dissolution. Fujii shares his achingly personal and bittersweet family history in the form of a family album. The images in the album include the family posed in rural landscapes, cities, casual snapshots, and formal portraits; there are also drawings and handwritten notes in Kanji (transcribed to English) that also carry the voice of intimate moments—moments that are mundane, yet precious. The author reflects:

“. . . legend has it that a man and a woman who have a predestined encounter have had each other’s little fingers tied together by an invisible red string since the time they were born. Unfortunately, the red string tying my parents together either came untied, broke, or perhaps it was never even tied to begin with. But if the two had never met, I would never have been born into this world. If anything, you might say it is between parent and child that there is an unbreakable red string of fate.”
– The Red String by Yoshikatsu Fujii

Progression: Person and Place Over Time
A return to the old home town . . . or is it? Tokyo is the place that we visit next with Night Crawler by Takehiko Nakafuji (Zen Foto Gallery, 2011). This is a collection of black and white photos of that city, captured during two significant periods of the artist’s life. The first series is comprised of gritty, sometimes eerie images taken in 1995. The street scenes and askew glances of the people in them share with us a youthful insider’s view of 1990s Tokyo.

Nakafuji returned over a decade later, in 2010, and generated a second series of photos. Even with the continuity provided by using black and white, gritty-grainy images for both time periods, it is evident that both the city and the artist have matured. It is the same city, the same artist . . . yet both are intrinsically, irrevocably transformed.