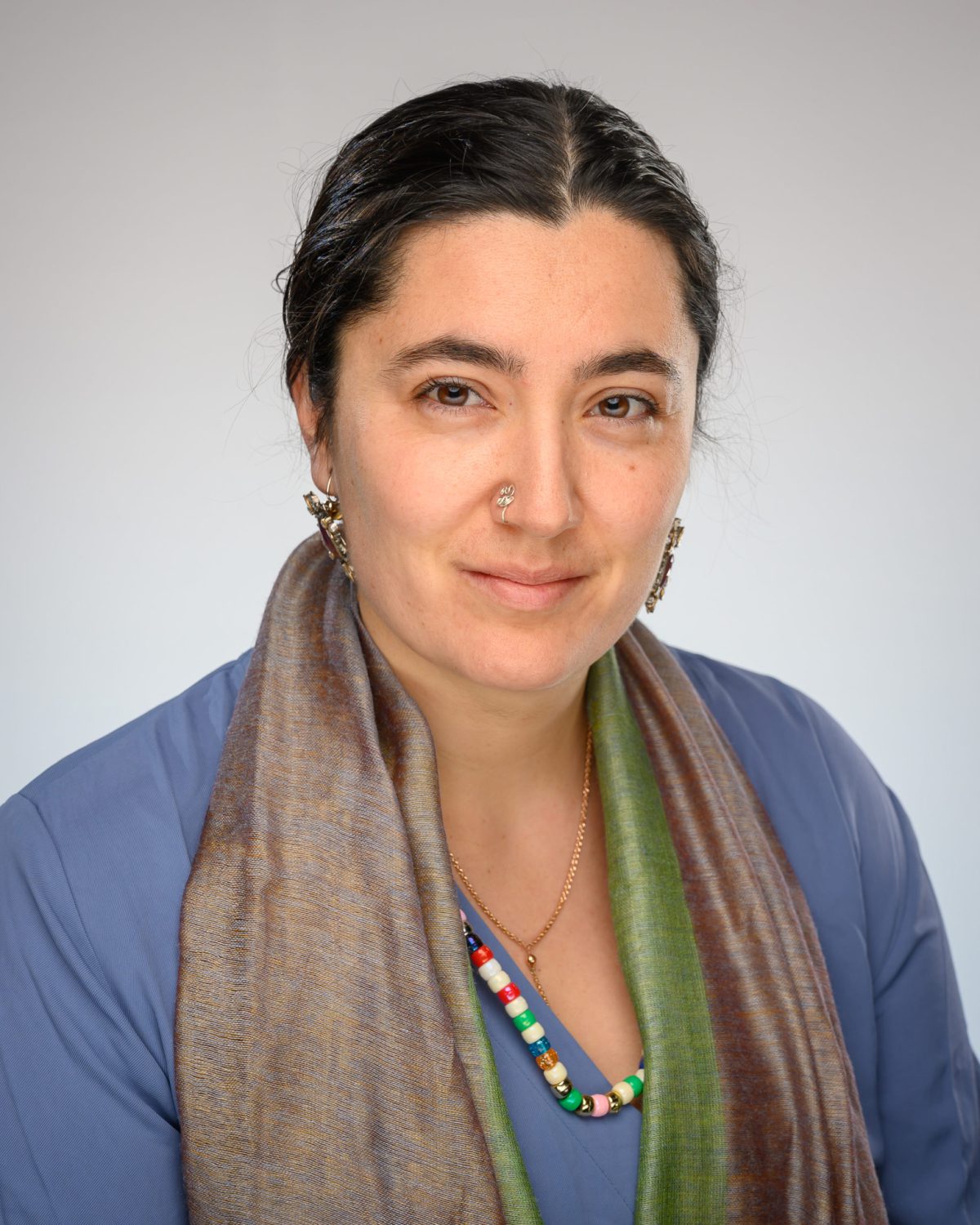 2022 has been a record-breaking year for floods across the planet, enveloping both urban and rural areas in East Asia, Southeast Asia, and the US. This frightening fact leads us to wonder: How do we adapt to accelerating changes of climate and crisis?

Today, we find like-minded contemporary researchers and activists pioneering in the same spirit, gallantly moving through our challenged landscapes, cities, and neighborhoods while centering the work of local communities and their embodied knowledge of floods. Dr. Luisa Cortesi, Assistant Professor of the International Institute of Social Studies in The Hague, Netherlands, experienced one of history’s most disastrous floods while conducting research in North Bihar, India between 2007-2008. During her multi-year stint in the region, she reexamined the ecological systems of the river and the riverine land to better understand floods and the complex interconnections humans share with nature. Her academic contributions to natural disasters, floods, and resource access have won her many awards, including the 2017 Eric Wolf Prize in the field of Political Ecology, the PRAXIS award for outstanding achievement in translating anthropological knowledge into action, and the 2017-2018 Josephine deKarman fellowship.

On Saturday, November 12, Dr. Luisa Cortesi invites visitors to learn about her travels in the North Bihar region while expanding our knowledge of flood frequency, considering the connections between water and its surroundings. In advance of this third lecture in our 2022–2023 Saturday University Lecture Series, Haley Ha, SAM Manager of Public Engagement at the Seattle Asian Art Museum, spoke with Dr. Cortesi about her background, her thoughts on the equity of knowledge, and what you can expect at her upcoming talk.

HALEY HA: Tell us about your background. What led you to your current field of study?

DR. LUISA CORTESI: I grew up in small-town Northern Italy. To be precise, I grew up in the enclave of the racist party Lega Nord during the years of brutal rhetoric against Southerners, and partially in the South, from where my mother had migrated. In the North, I was considered a Southerner and was discriminated against beginning in kindergarten. In the South, I remained an outsider associated with Northern racists. This was probably why I started questioning the meaning of ‘community’ very early on. Not only did I realize I did not belong anywhere, but, more expansively, the categories of ‘us’ and ‘them’ never made any sense to me.

I remember my parents as unconventional, critical, outspoken, and possessing a passion for social justice. Despite living in a hostile setting, they refused to consider themselves victims or superior to anyone but treated their situation as analytically as possible. Now that I think about it, their discussions, stemming from very different cultural contexts, were fertile terrain for an anthropological initiation.

HH: How has your background influenced your research interests?

LC: A factor that certainly influenced my current research was my lifelong reverence toward water. In the south of Italy, where we would visit my mother’s family for a few months each year, running water was available only in the very early hours of the morning, which influenced our day-to-day life greatly. Whenever we would travel north to south or vice versa, we would always stop at the main river in Italy, the Po, just to admire its magnitude and revel in its grandiosity. I also lived through different floods and other water troubles that inspired my future research. For example, I remember walking through a mud flood accompanied by a major blackout during my college years—although these were nowhere near as catastrophic as the major floods I lived through while in India.

HH: What was it like working with diverse communities in the North Bihar region of India?

LC: I have traveled in and out of India in different capacities since I was 21. I feel I came of age in India. While with local NGOs and local communities in the region—not through international organizations or funding agencies—I experienced several major floods, mostly by myself while possessing coarse language skills and important academic responsibilities. Living through those floods, instead of accepting the first opportunity to leave the region, as well as the development of ethnographic skills of connection and understanding, enabled my acceptance in those communities. I feel deeply indebted to the people of North Bihar for what they have taught me. North Biharis, regardless of their formal education level, are not only experts on matters of disastrous water as my talk will explain, but are barefoot philosophers in their own right. This is particularly the case for Dalit and Tribal communities, whose experiences of discrimination are atrocious, and yet whose wisdom in all matters of life and environmental management is unmatched.

HH: What actions or approaches have you found to be successful in helping to break through the silos of social and natural science, as well as western and traditional knowledge?

LC: Every scientist has a specialized interest. It’s not easy to keep up with one field of research, let alone multiple. But in order to succeed, scientists need to develop deep relationships with others and a thorough understanding of those individuals collaboration would be useful. My training was unique in that it combined cultural and environmental anthropology with environmental studies and water sciences. I personally do not believe in a hierarchy of knowledge, nor in the opposition that exists between western versus traditional knowledge. Have you ever tried learning a language later in life? If so, you realize that this new knowledge is neither ‘western’ nor ‘traditional.’ Rather, it is both embodied and theoretical, and explicit and tacit at the same time. As humans, we must all deal with the challenges of the environments in which we live. Dividing knowledge of these environments will not elicit change.

HH: Can you elaborate on your thought on the issue around equity of knowledge?

LC: Poverty is not only about purchasing power and/or access to services. It is about the right to knowledge, and the protection of this knowledge not only from those who want to appropriate it, but also from those who want to cancel it. Without knowing how to go about in this world, we are reduced to pieces in a machine, dependent on the words of those in control, and unable to stand on our own, both as individuals and as place-based communities.

HH: How do you spend your free time?

LC: I  have a lot of passions! I love learning new things, even if I’m not always successful. I recently began playing rugby, which I intend to continue as soon as my team members’ patience sticks extend long enough for me to internalize the sport. I also like to experiment in the kitchen, creating new unexpected combinations for seriously eccentric tastebuds. I am smitten by combined colors, but find myself most drawn to knitted textile designers. I spend at least one day per week outdoors, generally hiking, listening, or ocean gazing—it functions as a reset.

But I am also passionate about a side of my work I don’t get to do as often as I’d like: applied anthropology. This looks like joining a community (broadly intended, including an organization) and figuring out how to help it with its challenges. I work pro-bono involved with organizations focused on water and environmental disasters because that is what I am most competent in. More broadly, I enjoy the challenge of combining analytical and organizational skills to support a set of people in reimagining their habitat or work.

HH: At the Water Justice & Adaptation Lab, you use the term “water justice.” Could you define it and explain how it fits into the realm of environmental justice?

LC: In my experience, environmental justice, while useful at a policy level, is too vague in its applicability to water problems. To live with water requires a specific set of expertise: the knowledge of where excess water is stored, where to find more of it, and how to distinguish different waters for different usages. Being formally trained in the water sciences through my Ph.D. helped me to understand the water knowledge of those with whom I lived through water disasters and who deal with water problems on a regular basis. So, the term ‘water justice’ intends to combine and cross-fertilize the knowledge of local communities, scientists, and policymakers on an even epistemological scale.