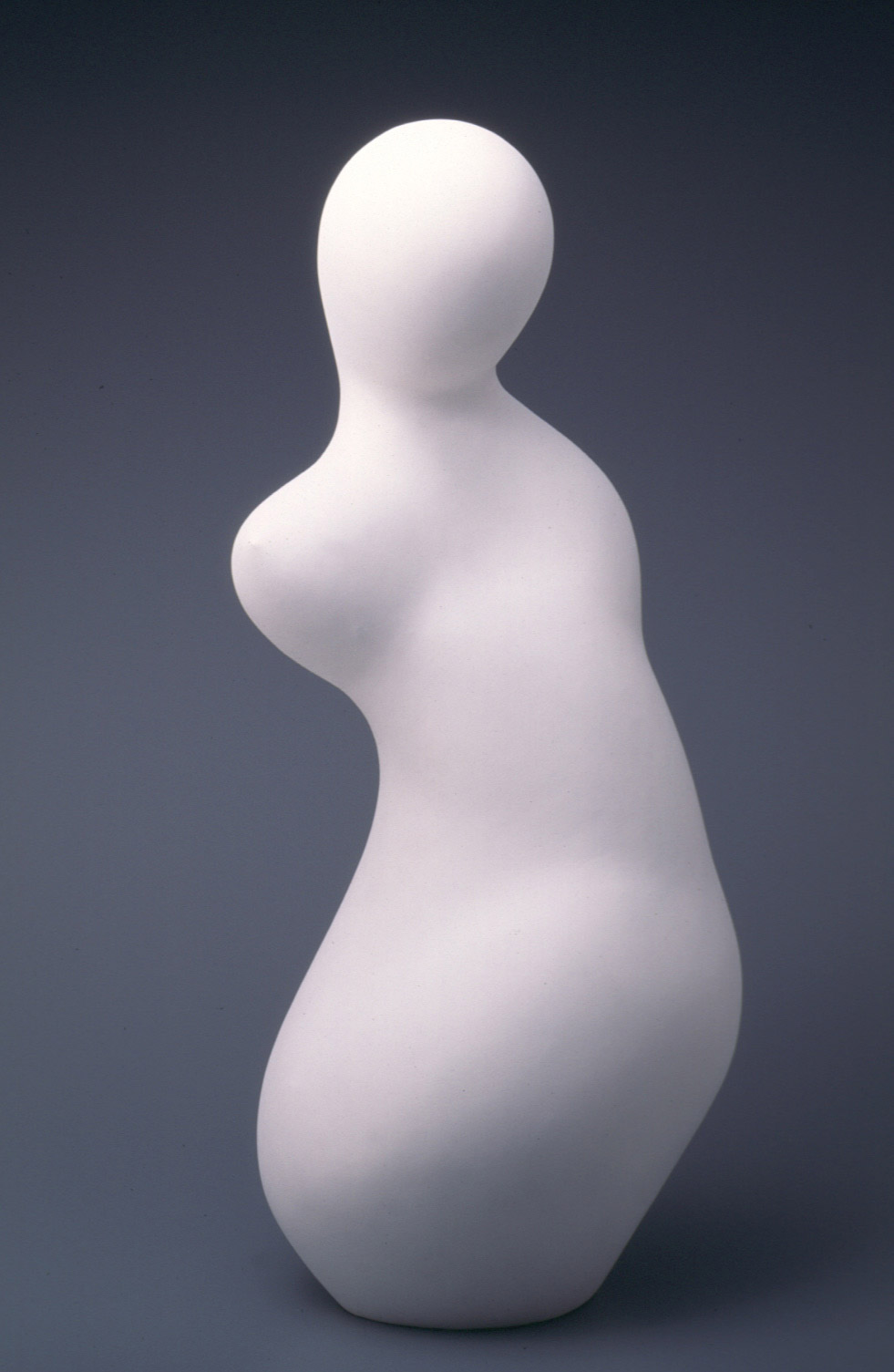 Among some of the newly installed works in Seattle Art Museum’s third floor galleries is this 1960 plaster sculpture by French artist Jean Arp (1886-1966), titled Torso Fruit.

As a sculptor, painter, and poet, Arp’s life and career defy easy categorization and span multiple art movements, putting many current-day résumés to shame. Born Hans (Jean) Peter Wilhelm Arp in Strasbourg, Germany (now France), Arp—of French Alsatian and German descent—pursued art as a young adult, eventually traveling from his native Strasbourg to Weimar, Germany; Paris, France; and Munich, Switzerland, where in 1912 he came into contact with Wassily Kandinsky, briefly exhibiting with the Der Blaue Reiter group. Returning to Paris in 1914, his cohort grew to include Sonia and Robert Delaunay, Amedeo Modigliani, and Pablo Picasso, to name a few. At the onset of World War I, Swiss neutrality drew Arp to Zürich, where he met his future wife and collaborator, Sophia Taueber, and, together with Hugo Ball, Tristan Tzara, and others, became a founding member of the radical and multi-disciplinary Dada movement. Dada led Arp to Surrealism and, later, Abstraction-Création—and this just brings us to the 1930s!

Though a later work, Torso Fruit is a wonderful example of Arp’s biomorphic style that began in the early 1930s. Biomorphism, as compared with other modes of abstraction and Surrealism, was considered by some artists to be a more intuitive and, therefore, truer reflection of the subconscious. With organic shapes that connect to the natural world, biomorphism was a formal strategy through which Arp could introduce chance and spontaneity into his practice (holdovers from Dada and Surrealism). In the words of Arp, “I only have to move my hands . . . The forms that then take shape offer access to mysteries and reveal to us the profound sources of life.”1

Arp produced sculptures in a variety of mediums ranging from bronze to marble, but plaster was often a first edition due to its malleability and susceptibility to touch and, ultimately, chance. As the title suggests, Torso Fruit blurs the distinctions between the form of the human body and other forms of the natural world. Even without the title, however, its sensuous, rounded contours suggest a fecund or growing form—a metamorphic process that Arp felt a duty, as an artist, to emulate and honor.