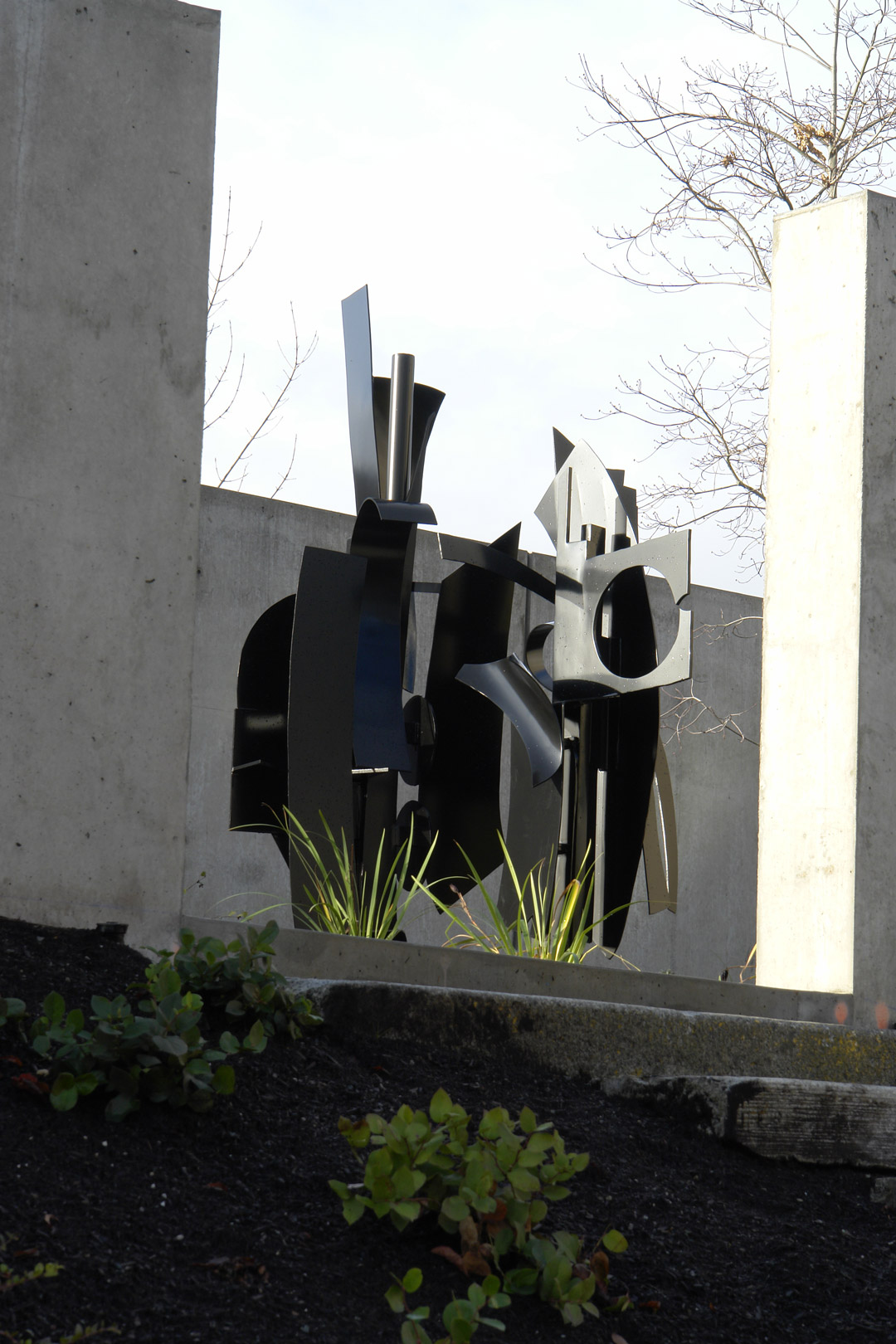 Louise Nevelson was a pioneering American artist, perhaps best known for her large-scale monochromatic wooden wall sculptures. Born Leah Berliawsky in Kiev, Russia (now Ukraine), Nevelson emigrated with her family to the United States in the early 20th century. After moving to New York from rural Maine in the 1920s, Nevelson enrolled at the Art Students League, where she pursued painting. In the years that followed, she studied with some of the most preeminent artists of her day, such as Hans Hofmann and Diego Rivera.

Cubist principles influenced her earliest abstract sculptures, which were comprised of wood and other found objects. Collage and assemblage techniques continued to inform her compositions, which began taking more ambitious shape in the late 1950s. Found wooden fragments were stacked and nested to create monumental walls, architectural in scale and unified by a monochromatic finish. The sculptures, most often painted black, were done so due to the color’s harmony and, for Nevelson, the belief that black isn’t a “negation of color. . . black encompasses all colors. Black is the most aristocratic color of all. . . . . it contains the whole thing.”[1]

This dynamic relationship between color, light, sculpture, and space motivated Nevelson throughout her career, especially as she explored the possibilities of sculpture as it translated outdoors. Her first outdoor steel sculpture, Atmosphere and Environment X, in the collection of the Princeton University Art Museum, was made in 1969. Sky Landscape I is a part of this later body of work, where Nevelson continued her sculptural explorations in the round.[2]

Sky Landscape I and its dynamic forms, stretching upward and curling inward, is no stranger to the Olympic Sculpture Park, where it has been on view as a loan since 2007. As of last month, however, the piece officially entered the museum’s permanent collection as a gift of Jon A. Shirley. The work is the first sculpture by Nevelson in the collection.

With longer days and spring enlivening the Olympic Sculpture Park, it is the perfect time to visit and take in Sky Landscape I anew––its abstract forms inviting interpretation as a landscape nested within a landscape.

[2] This work, like other aluminum outdoor works by Nevelson from this period, were made with the potential for even larger realization. In 1988, the American Medical Association in Washington, D.C. commissioned a more monumental version; standing 30 feet tall, it is located at the intersection of Vermont Ave and L Street NW.