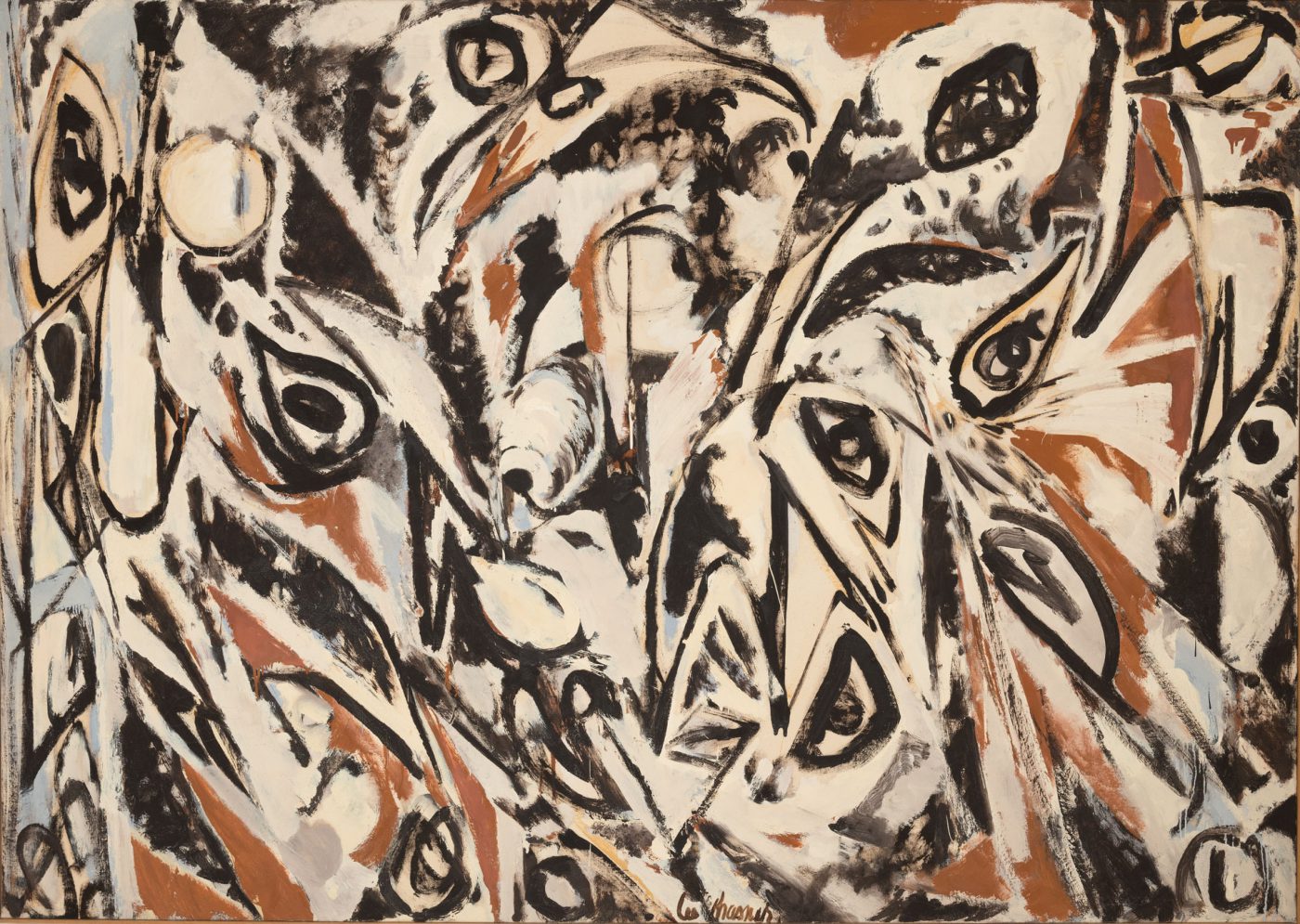 Last week, the Seattle Times announced some major news for SAM: The museum received a gift of 19 artworks and dedicated funds for their care and conservation from the Friday Foundation, which celebrates the legacy of two exceptional, art-loving philanthropists. The Richard E. Lang and Jane Lang Davis Collection at SAM features significant examples of Abstract Expressionist and post-war European art and will be on view later this fall.

Also, the downtown museum reopens to the public on this Friday, just in time for the opening of the special exhibition, Jacob Lawrence: The American Struggle, as well as the long-anticipated solo show, Barbara Earl Thomas: The Geography of Innocence. The Seattle Medium has this preview of the beloved artist’s “illuminating” show.

Crosscut’s Brangien Davis touches on the effort to save the Weyerhaeuser campus from development and other cultural news in her weekly ArtsSea letter.

KING 5’s Evening Magazine heads to Pioneer Square to visit Tariqa Waters and her gallery, Martyr Sauce. Waters talks about her pop-inspired work, which is also on view at the Bellevue Arts Museum.

“‘I take things that often marginalize me as a black woman and I reshape those things. The point is to not qualify my art as Black art, it’s American art,’ said Waters.”

Artnet’s Sarah Cascone on the mysterious arrival in a Portland park of a bust of York, an enslaved Black man who was part of the Lewis and Clark expedition.

Salamishah Tillet for Harper’s Bazaar on “how the Studio Museum in Harlem transformed the art world forever,” which is presented with fabulous portraits of artists linked to the pioneering institution.

“Now the Bellini has been isolated in a room of its own, in a gallery bare as a monastic cell. Light falls, from the same angle as in the painting, through a small Breuer window that the Whitney and Met often obscured. As I sat in that empty room, the cold February sun streaming in, it felt like a space worth a pilgrimage.”

A museum that is mapping Black legacy foodways.