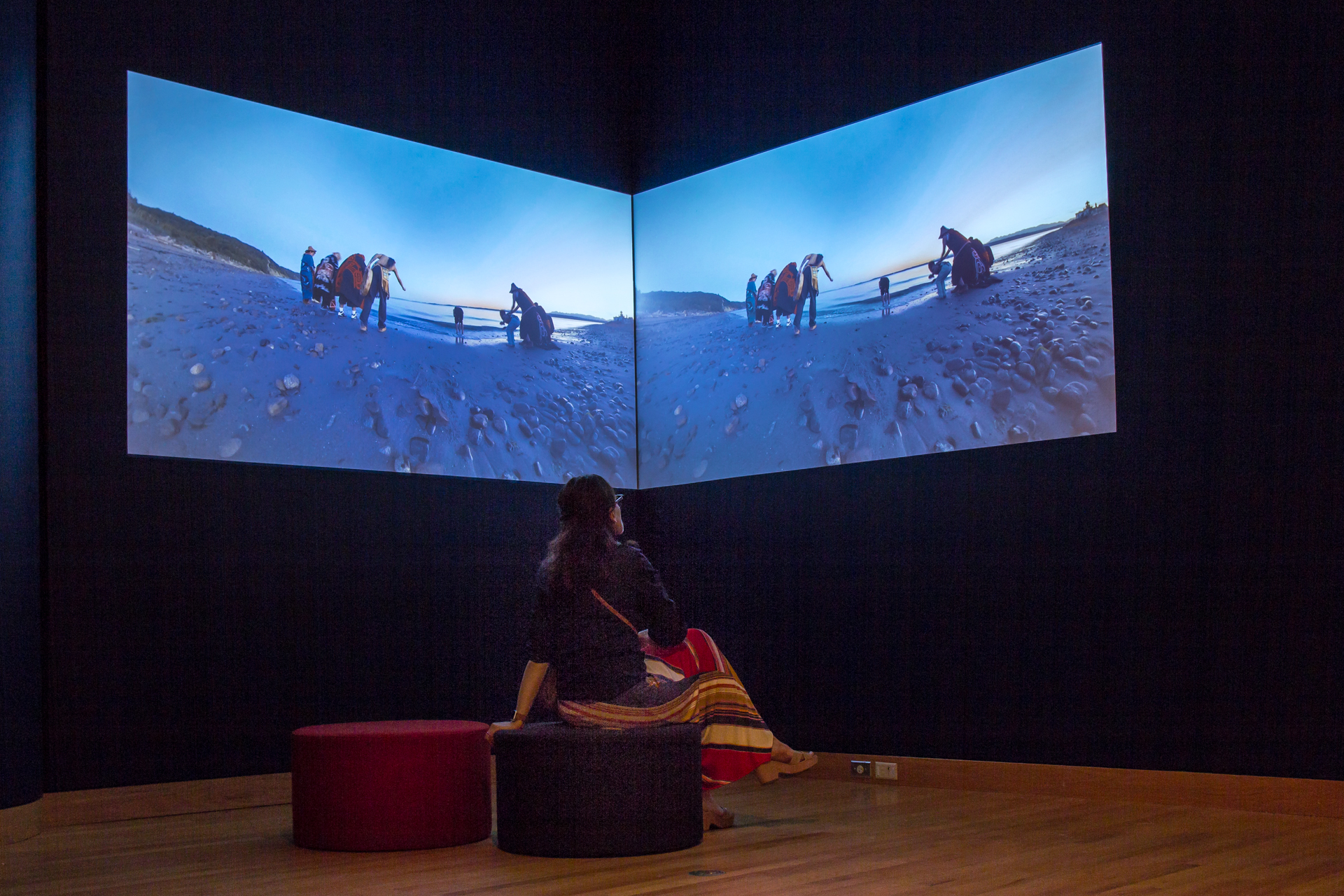 Brangien Davis of Crosscut looks at both our show and the Deconstructing Curtis show at the Suquamish Museum.

“These added perspectives emphasize that Native Americans are contemporary Americans. They continue to adapt while preserving a long legacy of strength and struggle.”

Fred Wong of The International Examiner interviewed curators Xiaojin Wu and Ping Foong about their transformative vision for the future Asian Art Museum. If you’re a SAM member, hopefully you’ve reserved your spot to hear more at their sold-out Conversations with Curators lecture this Wednesday.

“It promises to be a mixture of old and new treasures: the magnificent Art Deco building, the vast Asian Art collections, and the bold re-imaging of the objects’ stories by Drs. Xiaojin Wu and Ping Foong, the two new treasures at [Seattle Asian Art Museum].”

After 16 years with the company, dancer Karel Cruz took his final bows with Pacific Northwest Ballet. The Seattle Times’ Moira Macdonald offers this farewell to this “master of partnering.”

Aileen Imperial and Stephen Hegg of Crosscut take us into the growing Ball and House culture of Seattle with this video story.

“More than a remembrance of those he lost, it’s an expression of his determination to make art out of those frantic years, in which he fought to save others while doing harm to himself. It’s an account of improbable survival.”

Happy little Zzzz’s: Laura M. Holson of the New York Times on the voice—which can only ever be described as “dulcet”—that’s now lulling users of the Calm app to sleep.

I miss having Kerry James Marshall’s work on view at SAM, so I enjoyed this Vancouver Sun review of his new solo exhibition at the Rennie. Also, his Vignette (The Kiss), which debuted in Figuring History, sold this week at Art Basel.

Speaking of the Swiss fair “best known for presenting the bluest of blue-chip European art,” Julia Halperin of Artnet notes the eager interest of buyers for works by African American artists.

“It’s great people are interested,” the dealer Jack Shainman says. “But the big question is why did it take so long, and why was it so hard to get here?”

Contemporary art space SITE Santa Fe announced the lineup for their SITElines.2018 Biennial in a most melodic way. Could this be the future for press releases?