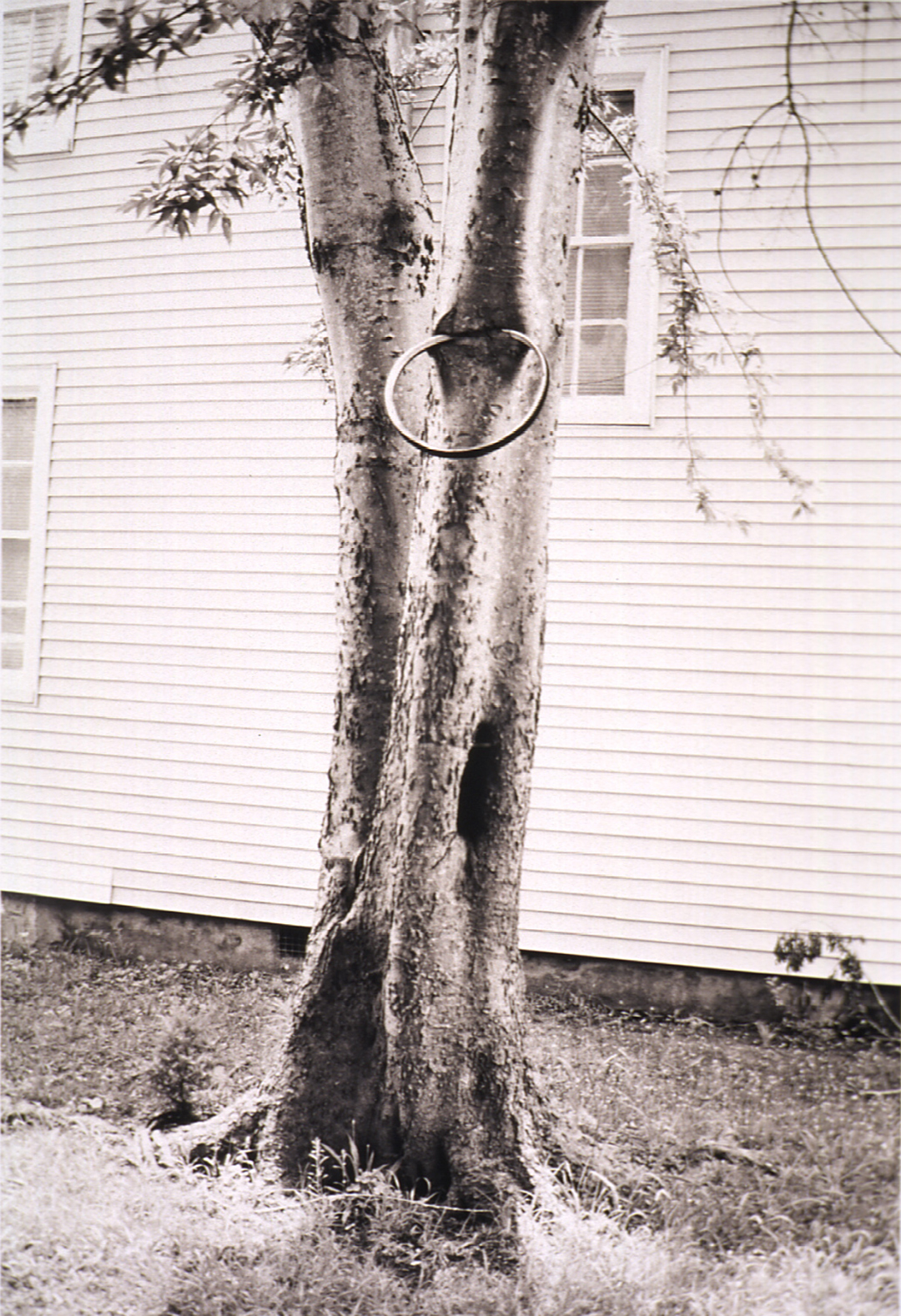 In honor of Black History Month, Object of the Week will—throughout the month of February—highlight works by celebrated black artists in the SAM Collection.

Walk through Harlem any given day and you will see David Hammons’ work. The work he does for people who cannot go to SoHo and gallery-hop. The people that he knows. The people he comes from. Bottles stuck on top of bare branches protruding from the ground. From vacant lots and cracks and crevices in the sidewalk. Hammons transforms them. Creates visual music and something to smile about in an environment that doesn’t offer a lot in the way of jokes.

David Hammons is often described as an elusive figure, an artist who has openly rebuked and skirted the art world, despite his successes within it.[1] A master of materials and the meanings they carry, Hammons deftly reworks objects—often found or discarded—in novel ways, representing Black experience through symbol and metaphor, “physically composed from the material elements of his experience.”[2] As Hammons once put it: “outrageously magical things happen when you mess around with a symbol.”[3] Well, when he messes around with a symbol.

Working outside traditional arts institutions, Hammons imbues his sculptures, installations, photography, and performance with potent signifiers mined from materials grounded in Black urban life. Take, for example, the tree pictured here: pierced with a circular band, the trunk becomes a sculptural object whose form and tongue-in-cheek title, Money Tree, obliquely reference a basketball hoop. Despite the endless wealth to which the title alludes, the rather barren scene warrants a more nuanced interpretation.

For Hammons, basketball—a sport dominated by Black athletes—is not a guarantee of economic success, but rather acts as both a “foil and object of devotion” in Black communities.[4] Though speaking specifically to a 1983 piece titled Higher Goals (pictured below), a sculptural work that also mobilizes basketball as metaphor, Hammons’ own words can provide some insight:

It’s an anti-basketball sculpture. Basketball has become a problem in the black community because kids aren’t getting an education. They’re pawns in someone else’s game…. It means you should have higher goals in life than basketball.[5] Treated with equal parts empathy and irony, Money Tree acknowledges the reality that, for many Black communities, basketball is regarded as an opportunity to excel within a society whose systems unfairly work against people of color. In a country that deeply reveres professional sports and its athletes, basketball is thus seen as an avenue to success. Yet, Money Tree also undercuts this very notion, simultaneously functioning as a cautionary tale and pointed commentary on race and class in America.

[1] In the essay “Wreaking Havoc on the Signified: David Hammons,” Coco Fusco articulates: “No account of Hammons’ art is entirely devoid of references to his streetwise, resolutely anti-elitist persona. He has become infamous for his acerbic appraisals of high art, and his willed cultivation of a split between a black interpretative community to which he directs his messages, and a now admiring (once indifferent) white art world he loves to snub, tease and confuse.” Coco Fusco, “Wreaking Havoc on the Signified: David Hammons,” Frieze, May 7, 1995, https://frieze.com/article/wreaking-havoc-signified.