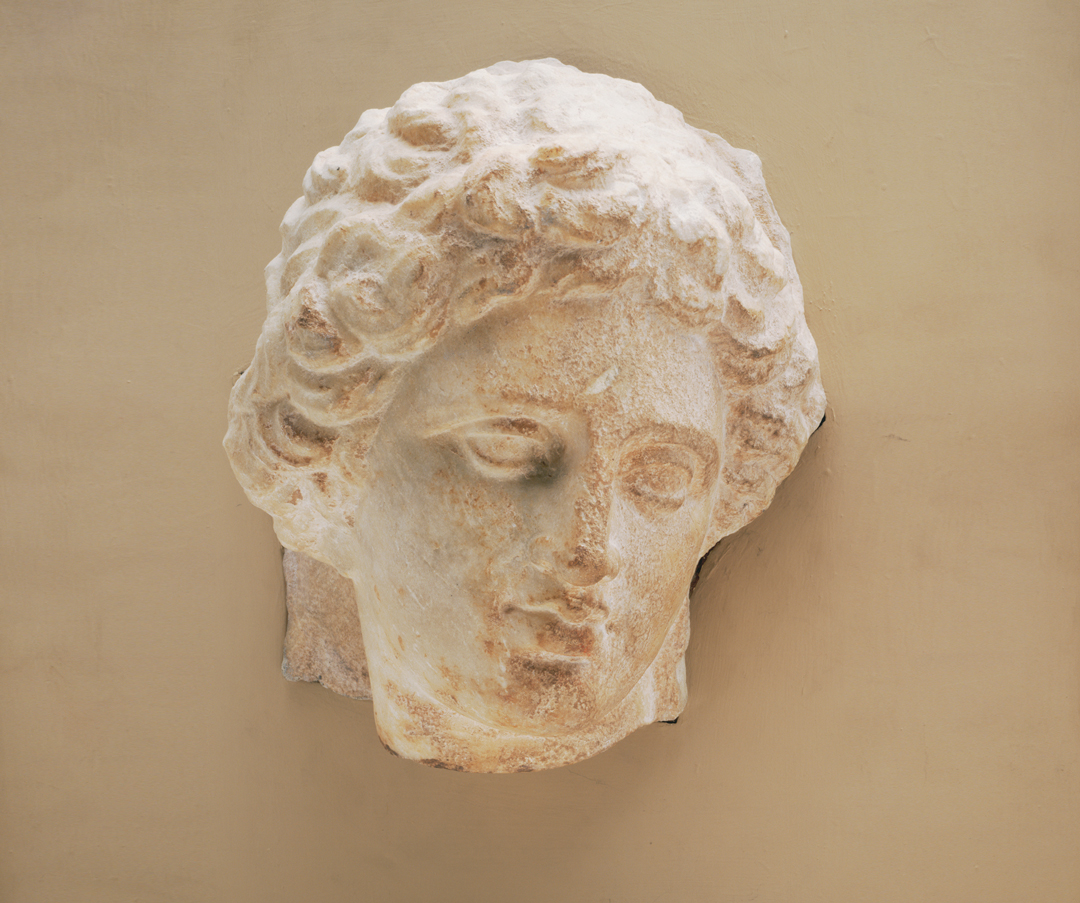 Art doesn’t just do one thing. It does many things. In the past, it has served many functions, and today, it continues to serve many functions. One tradition of art making that has lasted for a very long time sees art as a form of commemoration. The makers of this category of object create representations of people as a way to honor them. For millennia, we’ve made art, and also given art, in memory of those we love.

SAM’s Head of a woman from a grave stele came to the Seattle Art Museum in 1960, when Norman Davis, an important arts patron, successful brewer, and scholar of numismatics, chose to honor his mother by donating it to the museum. This piece of Classical Greek history made for a fitting donation in her memory.

Finely carved in white marble, the figure tilts her head to the left in a subtle display of emotional response. Just that small act of movement in the figure communicates a sense of empathy. She reacts to the scene before her with simultaneous interest and restraint. A distant sadness seems to emanate from her eyes as they gaze downward, but serenity and peace rule her expression. The artist has captured this woman in the beauty of her youth—as was the custom for portraying women, no matter their age. Soft features mark her physiognomy and voluminous curls sit atop her head. The artist has crafted an ideal of beauty and virtue more than a portrait of an individual.

In her original setting, though, this figure represented a singular person. The marble head was, of course, attached to a body, one that may have been standing or seated, and this woman would have been accompanied by other figures representing members of her family, all situated around her. The figural group was arranged inside a niche, on a grave monument, or stele, the purpose of which was to remember lost loved ones for posterity. The woman represented in SAM’s head might have symbolized a family member, or herself have been the deceased. Because these ornate grave monuments were expensive to produce, they marked only the burial plots of the wealthier families of Athens, so we can know something of her comfortable economic status. Artists carved this type of sculpture in relief, meaning the figures were not free-standing, but this woman has been carved in very high relief, and that fact has helped scholars to date the piece to the 4th century B.C.E.

What a powerful thing that art can do—to help us remember the people we love! And what a meaningful parallel that, when Norman Davis donated this beautiful sculpture to SAM in memory of his mother in 1960, he was re-enacting the same practice of honoring a family member that produced this artwork in the first place, some 2,350 years ago.