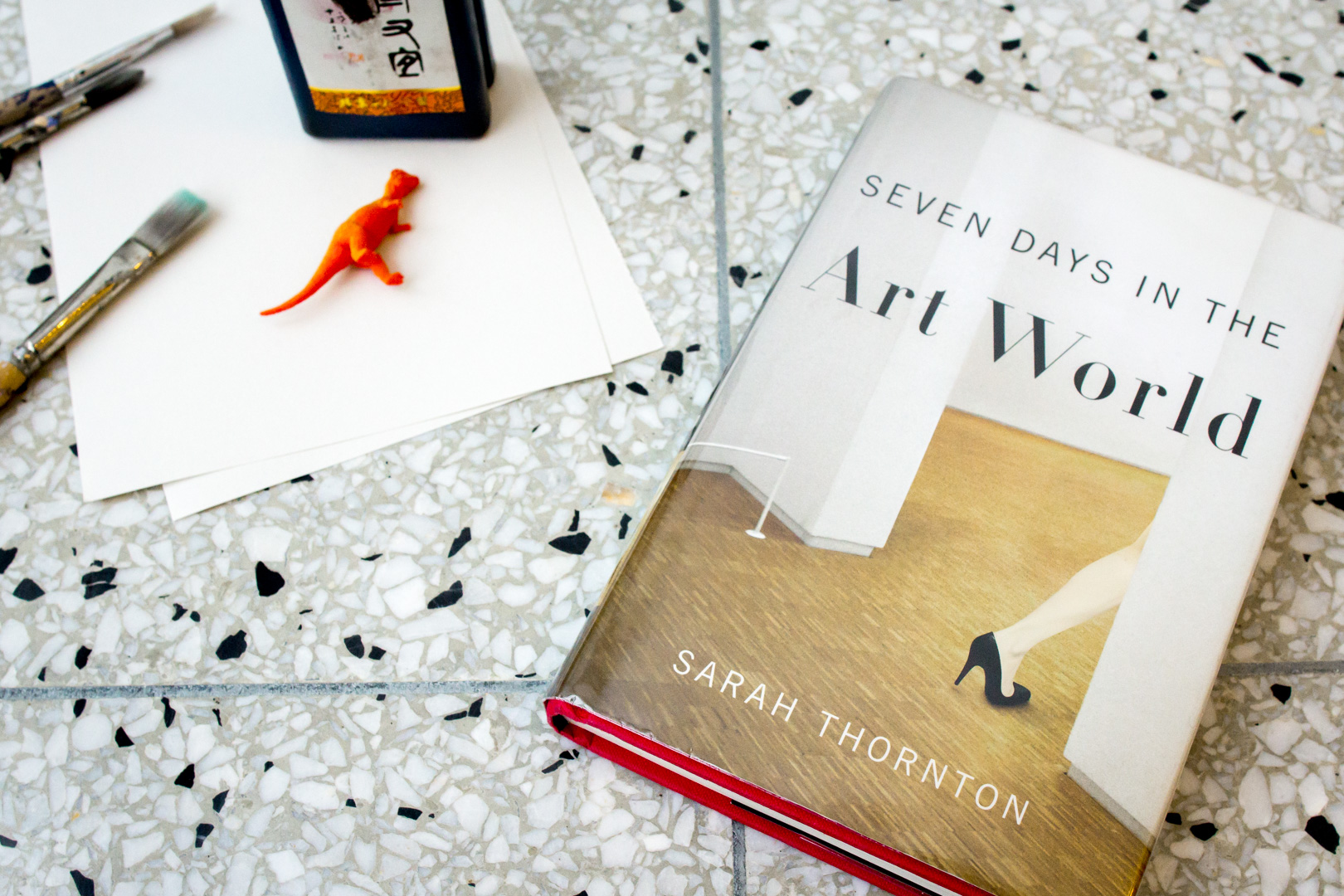 When I introduced this book here last month, I said it sounded like a whirlwind. Boy, did Thornton deliver. In what reads like part ethnography, part investigative journalism, part gossip column, the book flies around the world to relay some of the most high-drama, large-personality, and high-stakes scenes of the art world.

The picture Thornton paints is one of extremes. She didn’t just visit an artist studio: she visited Takashi Murakami’s massive international operation on the day he unveiled one of his most ambitious sculptures to date. She didn’t just go to a fair: she went to one of the highest-attended fairs in the world during the height of the art market. She didn’t just attend an MFA crit class: she sat in on Michael Asher’s legendary marathon session at CalArts, known for going longer than the average crit by a good ten hours.

It makes sense why she would choose these particular days and moments: extremes are fun. They make for fast-paced, engaging reading. But when taken all at once they hardly paint a, shall we say, realistic picture of what working in the art world is like for most people. What would Seven Days in the Art World be like if Thornton had interviewed the typical, instead of the extreme? An afternoon of returning phone calls and writing emails in a cramped office? A long string of meetings? No one wants to read that—so who can blame Thornton for choosing to highlight the days and players she did?

The other extreme that was impossible not to notice was the art market itself—and the moment in which Thornton was writing about it. In the author’s note she states that she conducted her research between November 2004 and June 2007; the book was published in November 2008. In other words, the book looks at the time period when the art market was growing to ever more staggering, unsustainable heights—and it hit the stands after that bubble burst, right in the middle of the financial crisis of Fall 2008. From the moment it hit readers’ hands, Seven Days in the Art World was a strange mix of the contemporary and the historical, highlighting a world that in some ways are timeless, and in others had already ceased to exist.

So, did I recognize the art world I inhabit in these pages? Sometimes. The events and spectacles Thornton details are certainly there, even if they’re fewer and farther between than Seven Days in the Art World would suggest. Mostly I recognized my art world in this quote from Artforum publisher Charles Guarino: “It’s the place where I found the most kindred spirits—enough oddball, overeducated, anachronistic, anarchic people to make me happy.” Amen to that, and shout out to my fellow oddballs for making this job so fun.

Because ultimately those of us who work in the art world do it because we love it. Not just the high-stakes, high-drama affairs, but the actual work of it. The long meetings and endless emails may not be fun to read about, but in the day-to-day they contribute to something we all care deeply about. So whether you’re writing, exhibiting, studying, or making art—or doing any of the countless other things that contribute to and support it—a hat tip to you, and to many happy days in the art world.