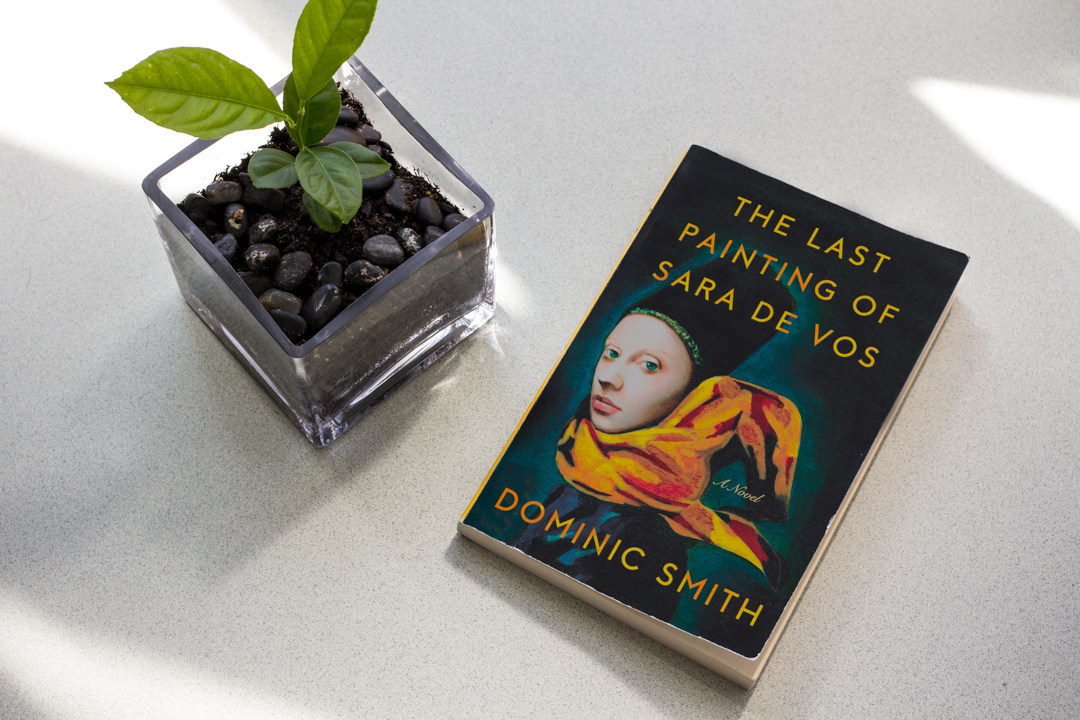 This is a book that’s hard to describe succinctly. In 1637 Amsterdam, artist Sara de Vos diverges from her training as a still-life painter to paint the landscape At the Edge of a Wood, an enigmatic work she makes as she mourns her daughter’s death. In 1957 Manhattan, the painting is stolen from the home of Marty de Groot, whose family has owned the work for 300 years. And in 2000 Sydney, renowned art historian Ellie Shipley is curating an exhibition of 17th century female Dutch artists when she learns that two versions of At the Edge of a Wood are traveling to her gallery: the original, and the forgery that she herself painted in 1957. Is your head spinning yet?

As difficult as it is to make an elevator pitch of the book’s plot, the three storylines mesh fairly seamlessly as Smith swerves between them—and as they begin to crash into each other. Although they are separated by centuries, the lives of the three main characters become intimately interwoven as they orbit around the painting.

In fact, I said there are three main characters, but you could make a case for four: Sara, Marty, Ellie, and At the Edge of a Wood. The painting itself has a presence, a personality, an impact on the events taking place. It certainly has a gravitational pull on the hapless artist, collector, and curator.

Harder to pinpoint than the plot itself is the category this book fits into. It could be considered a mystery, but the question of who stole the painting is answered on the book jacket. Some of the chapters read like historical fiction, but there’s a definite lean towards “fiction” over “history.” And I suppose there is a romantic relationship subplot, but it reads as more of a dysfunctional cat-and-mouse game than anything else to me. The easiest is to lump it with the seemingly ever-growing category of “art heist book”—think Donna Tartt’s The Goldfinch, Rebecca Scherm’s Unbecoming, and B.A. Shapiro’s The Art Forger*—but even that feels unsatisfying: the heist is hoisted in chapter one. What now?

Which brings me back to those four main characters. I think this is ultimately a book that is driven by characters, by relationships, and by the things we do to make, maintain, or break them. And ultimately it hinges not on relationships between people (although there is plenty of material there to armchair psychoanalyze), but on the relationship between people and objects. Or, I should say, one object, that fourth character which is the planet to Sara, Marty, and Ellie’s moons.

I suspect many of us have had a love affair with an art object: a work that moves you, that stays with you for years, that changes the way you think and maybe even changes the direction of your life. Isn’t that what drives us to art museums? The close encounter with art objects, and the chance to let them teach and inspire you?

But for the three human characters in the novel, the relationship with At the Edge of a Wood is anything but healthy. For Sara, painting it is an act of mourning she is driven to complete, as if it will assuage her grief or extend the too-short life of her daughter. For Marty, even as he seeks to reclaim the painting he suspects it has been a bad luck charm, blaming it for generations of ill health and unhappiness. And as for Ellie: what kind of self-destructive act is it to write a book about the very painting she forged, to spend a career shedding light on that one work, and to literally invite the crimes of her past to her doorstep? That is some serious projection of personal issues onto someone (or something) else.

As the plot thickens so do these issues until—they release. Sara finds happiness and love; Marty lives a long and happy (enough) life; and Ellie lets go of her demons, or they let go of her. And all three are able to rekindle a healthy relationship—a spark of new romance—with the object that inspired it all to begin with.

What did you think of The Last Painting of Sara de Vos? Tell us in the comments, and stay tuned for the announcement of next quarter’s book!

*See what I did there? Bonus books to tide you over until the next SAM Book Club installment! You’re welcome.