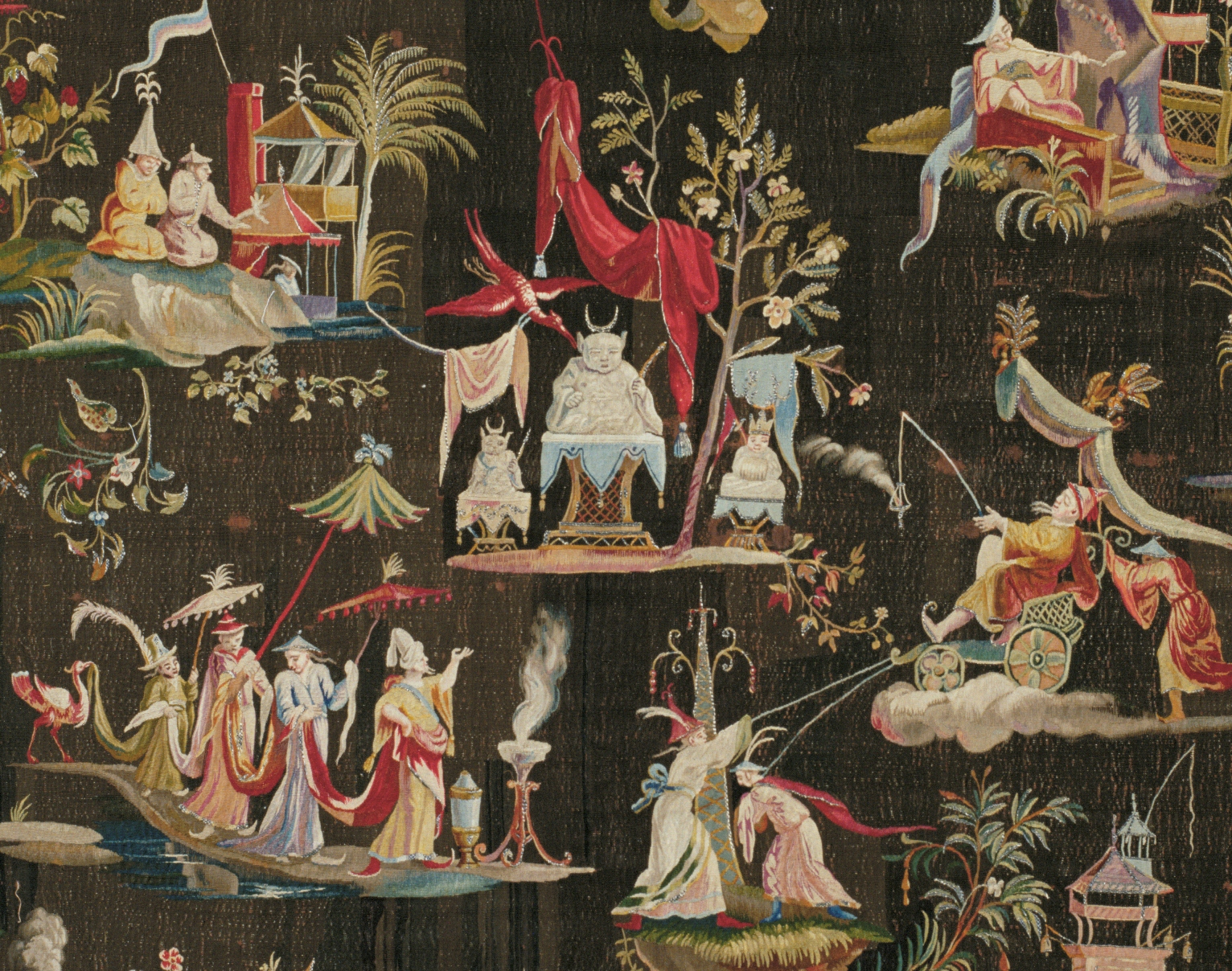 As global trade increased in the seventeenth and eighteenth centuries, Europeans became enthralled with visions of Cathay, as China was popularly known. Chinoiserie, the ornamentation featured on this tapestry, is an enchanting decorative motif depicting imaginary and whimsical interpretations of life in Asia. An eighteenth-century European concept, chinoiseries typically present exotic figures clothed in flowing robes and elaborate headdresses, and situated in fantastical landscape settings. Whether these figures represent people of China, India, the Middle East, or Japan is often difficult to determine; they are a mélange of peoples referring not to geographical and cultural boundaries so much as to a general concept of Asia.