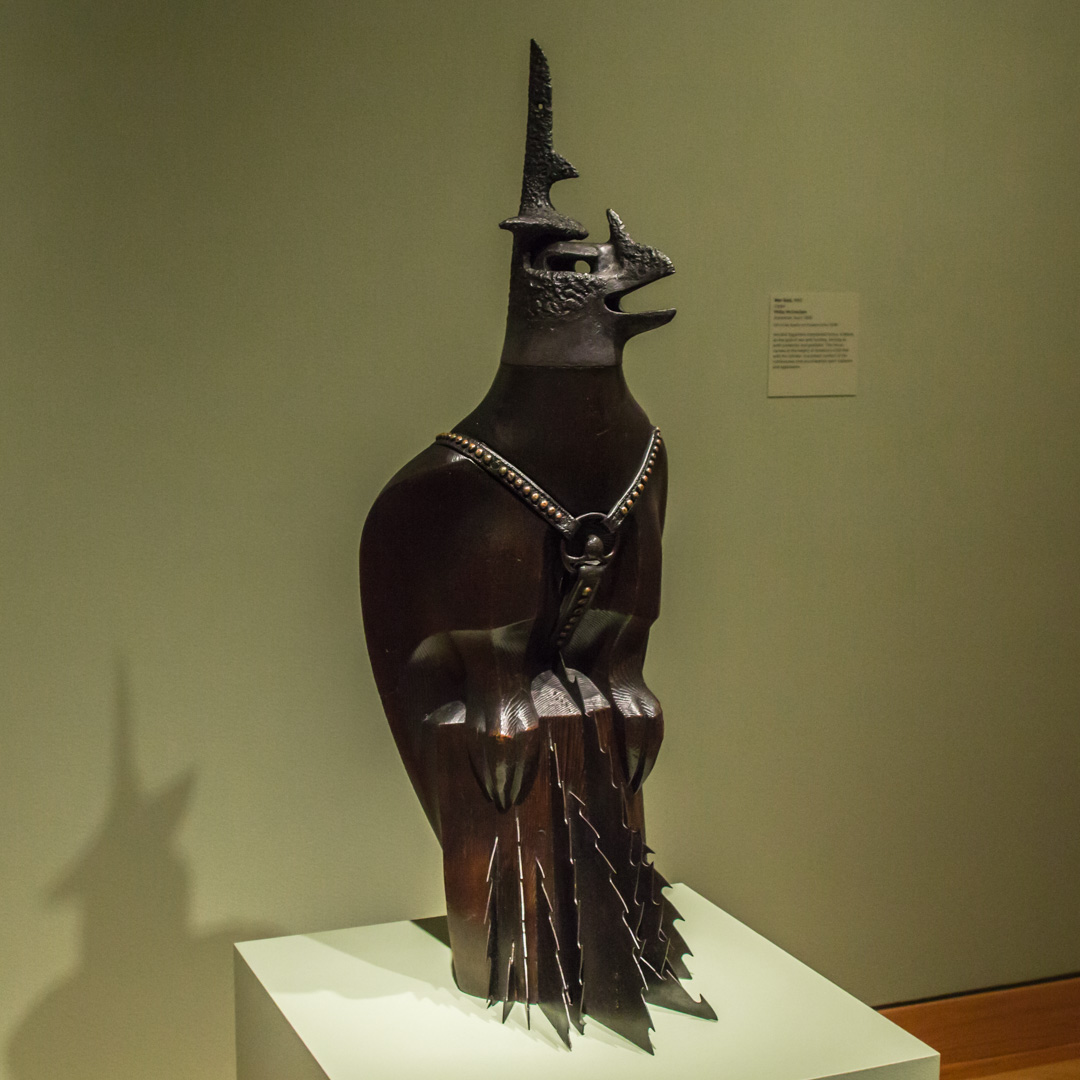 Perched in a gallery of Northwest modern art, Philip McCracken’s War God sculpture, a carved figure in cedar wood with a leather strap and saw blades as accessories, has a dark, significant presence. Here at the Seattle Art Museum, he’s surrounded by the work of Mark Tobey, Guy Anderson, and Morris Graves, and it seems the perfect place for us to consider McCracken’s art.

McCracken’s work finds its form and substance in the beauty and power of nature. For many years he has chosen to live close to nature, working from a Guemes Island studio near to the animals that inspire much of his sculpture. McCracken has frequently returned to the bird, and other animal forms, as a visualization of the artist’s inner psychology. Much more than wildlife art, McCracken’s work aims to chart new emotional and spiritual depths, recording what is for the artist a process of open-ended exploration. McCracken has spoken about his work as a mode of discovery; rather than dictating what he knows, his sculptures offer reflections of his meanderings into the mysterious and the unknown.

McCracken’s primary subject—the bird—and his mystical understanding of art-making have encouraged comparisons to Morris Graves, one of a handful of figures often cited as standard-bearers for modernism here in the Pacific Northwest. How suitable is the comparison between Graves and McCracken, and how well McCracken does in contributing to the symbolism Graves established, depends on one’s perspective. Writing in 1980 and reviewing a catalogue produced in conjunction with a McCracken retrospective at the Tacoma Art Museum, longtime Seattle art critic Matthew Kangas gave us this resounding barb: “McCracken’s solidifying of Morris Graves’ wispy spirit birds into chunky, polished wood carvings goes down as one of the great jokes in American art.”1 Kangas went on to write that War God was, for him, representative of a troubling current in McCracken’s art that seemed to exalt violence rather than undermine it, and he culminated his criticism by suggesting that McCracken’s sculptures were best suited to Northwest patios—not art museums. You can’t win ‘em all, as they say.

Without a doubt, War God is a harsh piece, one that deals head-on with forces McCracken has called “anti-life.” Many have seen the redemptive value in this piece and in McCracken’s body of work. War God notably represented the artist at the Fine Arts Exhibition of the 1962 Seattle World’s Fair, a watershed moment for the arts in this area. In the 55 years since, McCracken has received countless shows and accolades—but I’ll share just one gem from the SAM annals. In March of 1976 McCracken served as the guest of honor at an event hosted by SAM’s Pacific Northwest Arts Council, a classy affair that paired his visual art with lyrical accompaniment by poet Eve Triem. Moon: Philip McCracken is one of the poems Triem read there:

Is a tree
budded
with many names.

My fingers trace the wood
nonlunar color
To a birdshaken twig.

and the child’s first sentence:
What do you know—the moon.

The carved verticals
quivering the circle
illuminate
the birth-death cycle
as plumage for freedom.

I don’t think McCracken’s goal has been to win critical acclaim or to inspire poetry. He seems most interested in learning by exploring with his materials, come what may. In the same year he produced War God, McCracken reminded us that “Everyone wants you to fit his conceptions. But to do so is dangerous if it comes before being true to yourself and to your personal vision.”2 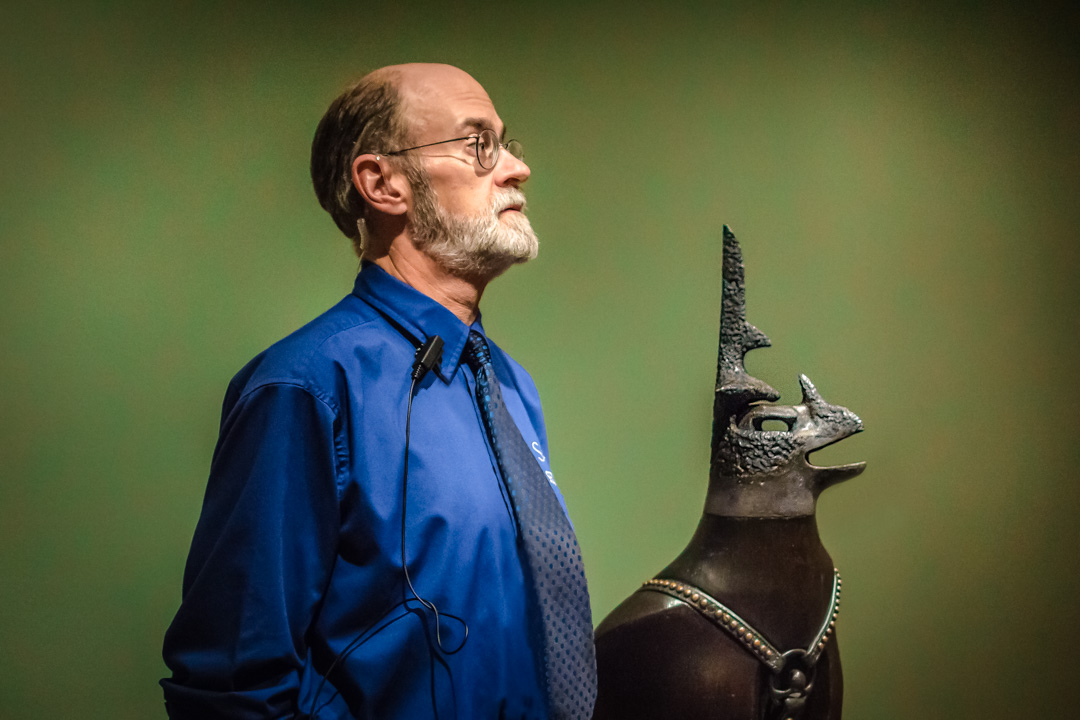