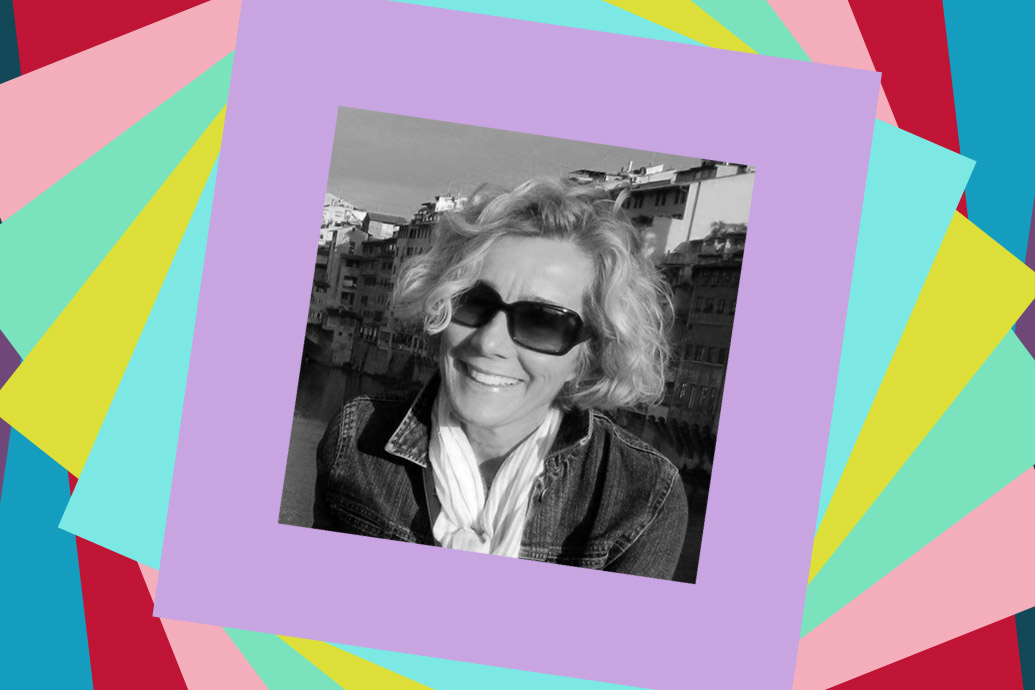 SAM runs on the love and dedication of our talented volunteers. With varied interests and backgrounds, each volunteer brings their unique perspective to the art at SAM and to the community that grows out of it! Kimber Bang is a tennis enthusiast with an interest in Greek mythology, specifically depictions of Leda and the Swan. Our Manager of Volunteers asked Kimber some questions so you can get to know her and give her a smile the next time you have an appointment at the Bullitt Library!
SAM: What is your current role?
Kimber Bang: SAMbassador/library volunteer/SAMVA executive committee chair.
How long have you been volunteering at Seattle Art Museum?
Five years this fall.
Why is SAM important to you?
Art is for everyone! SAM does an amazing job with its variety of exhibitions. I started coming to SAM in the early 80’s when I moved here. Being able to contribute to its mission of connecting art to life and engaging the community is a privilege and a real pleasure. I also enjoy all the volunteers and employees I have met here!
What is one of your favorite artworks in SAM’s collection, and why?
I have two. Leda and the Swan by John Cobert. The simplicity and angles are a joy. I can’t help but also look at the small pencil flower drawing in the bottom right corner that I was told was done by his young daughter. If it is on display I try to get visitors to go to the 4th floor to see the same subject in Leda and The Swan and Her Children by Vincent Sellaer from 1540.
I also love The Doge’s Palace and the Grand Canal, Venice by Luca Carlevariis. It could be Venice today if you changed the outfits! The best part is how the perspective/size of the palace and view changes as you walk side to side in front of the art work.
When not at SAM, what do you do for fun?
I am an avid tennis player—particularly mixed doubles with my husband. I play golf, ski, run, hike, and travel. We are headed to the Amalfi Coast this fall. I also do Ikebana.
What is something that most people might not immediately know about you?
I am a retired ER/research nurse. I moved to Seattle in 1981 so I could work at Harborview in the trauma center.
What is a simple hack, trick, or advice that you’ve used over time to help you better fulfill your role?
A smile is never wasted! As a SAMbassador you may encounter visitors that may not want to interact but they always enjoy and appreciate a smile as they get off the escalator or cross paths in the galleries.
I find that knowing an obscure or special fact about an artwork helps to start a conversation while someone is viewing or is just finishing viewing a piece. If I share something interesting it can lead to further conversation or even the visitor teaching me something. I have learned so much about other museums and artists by listening to guests. Everyone likes to be heard! I have gotten many tips about places and things to see when I travel which only helps with my positions here.
– Danie Allinice, Manager of Volunteer Programs 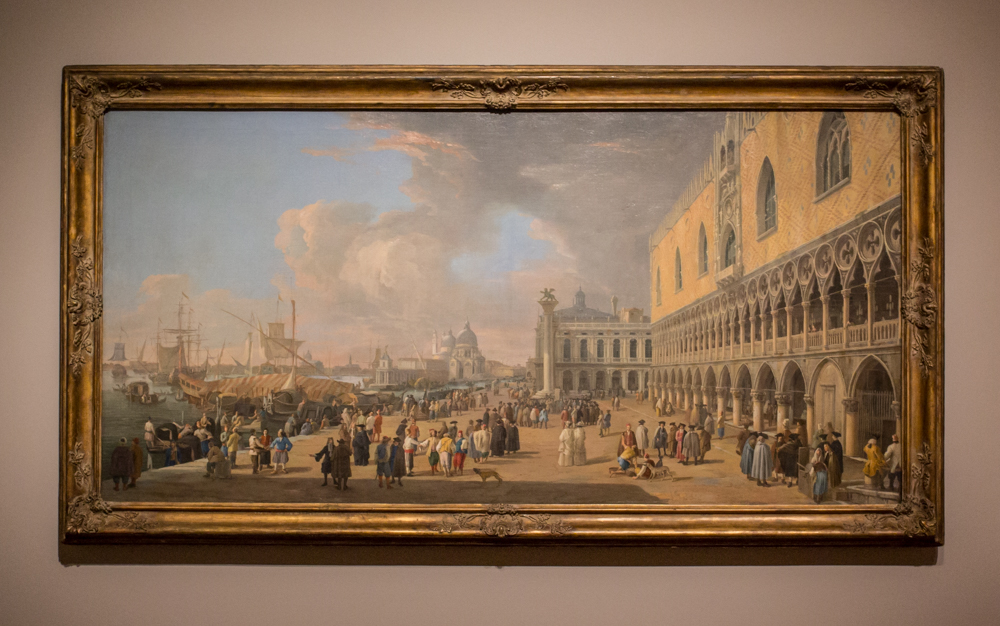 The unique collection we have at SAM largely reflects the specific art interests of a series of generous donors. Much of the museum’s African and Modern art, for example, came as transformational gifts, adding prominent facets to the identity of the collection. The European paintings at SAM offer more great stories of generosity and collecting passions. The Doge’s Palace and the Grand Canal, Venice, a fabulous Venetian view painting by Luca Carlevariis (1663-1729), was purchased for SAM with funds from one local art patron, Floyd A. Naramore. In a letter dated January 6, 1951, Mr. Naramore writes to SAM director Richard Fuller that the painting is “given as an expression of my appreciation of what you and your mother have done for the city of Seattle and the lovers of art and also as a means of expressing my own interest in art and the museum.” In the letter, Mr. Naramore mentions a gift of $500—the final installment in a total payment of $1,800 to David M. Koetser Gallery, New York. The market for Carlevariis paintings has changed quite a bit in the last 60 years: In 2011 a similar view by Carlevariis, of a comparable size, sold at a Christie’s auction for just over $4 million!

The artist was a kind of ambassador for Venice in his art. Born in the small town of Udine in 1663, Luca Carlevariis moved to Venice in 1679 and there found a city that truly inspired him. He produced etchings and paintings that focused on the then-and-now touristy spots near Piazza San Marco. His vedute, or view paintings, became popular as souvenirs for Northern Europeans visiting Venice as part of their cultural education. This 18th-century phenomenon, known as the Grand Tour, brought Carlevariis a steady supply of patrons who would purchase his works like we (or our parents) would a postcard. Carlevariis was one of the earliest painters of Venetian vedute, although the later Canaletto is the name most popularly associated with them.

SAM has an insightful webpage on The Doge’s Palace and the Grand Canal, Venice that points out several monuments included in the view, such as the Lion of St. Mark, the basilica of Santa Maria della Salute, the Biblioteca Marciana, and of course, the Doge’s Palace. Also featured on the page is an introduction to the fascinating world of the Grand Tour.

When The Doge’s Palace and the Grand Canal, Venice entered SAM’s collection, in 1950, it marked the beginning of an especially important decade for the growth for the European paintings collection. The relationship the museum developed with the Kress Foundation was central to that growth. Samuel H. Kress (1863-1955) built a family fortune in retail by founding a five-and-dime store and building it into a national chain. An art lover, Kress began to seriously collect Italian paintings in the 1920s, and also became devoted to philanthropy. The Kress Foundation, as part of its mission to help small art collections during the hard economic times surrounding the Great Depression, developed something called the Regional Galleries program that served the Foundation’s desire to get the whole Kress Collection on view and would also disperse the artworks democratically around the country. SAM was chosen as one of the 18 regional museums to receive paintings from the Kress Foundation. In the 1954 photo above, Dr. Fuller plays curator and arranges an installation of the Kress paintings at SAM’s Volunteer Park building. Behind him, you’ll spot another Venetian veduta that graces SAM’s collection, Bacino di San Marco, attributed to the Workshop of Canaletto.