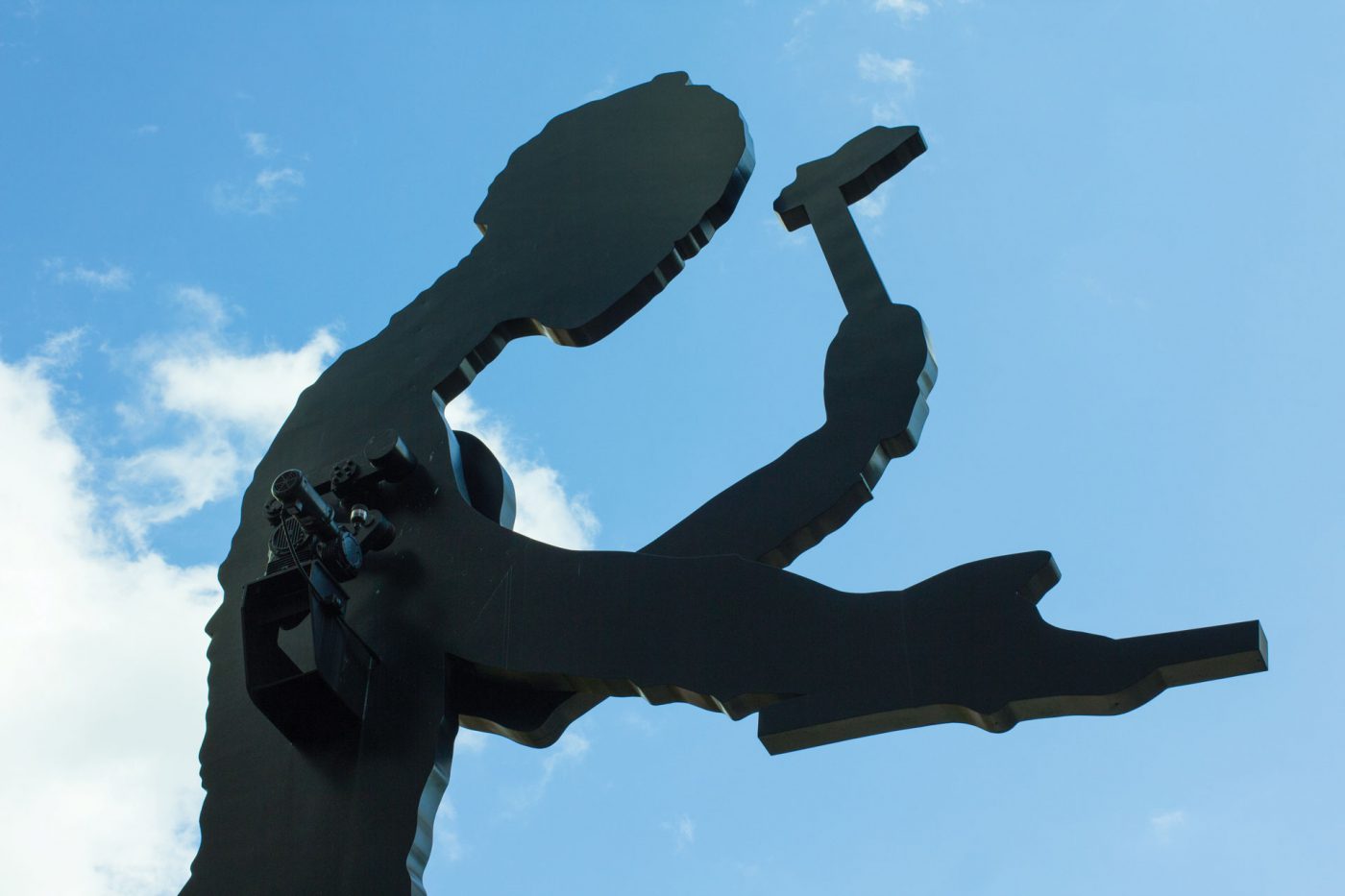 While you can’t visit City of Tomorrow: Jinny Wright and the Art That Shaped a New Seattle currently, you can still experience the artful legacy left behind by Jinny Wright. Discover outdoor art in Seattle with this tour of public art acquired or commissioned by The Virginia Wright Fund. The fund was created for Jinny by her father Prentice Bloedel in 1969. Jinny stated, “Commissioning works of art for public spaces was unheard of in the late ’60s.”

Follow along to see the outdoor art that shaped a new Seattle through the initiative of Jinny Wright.

The representation of the obelisk as broken and inverted is intended as protest and critique of power and colonial ambition. It’s as resonant today as it was in the midst of the Vietnam War when the artist created the work.

See this piece from all angles by walking both around and through the portal of this bright red constellation of circular forms.

Originally commissioned as a plywood maquette in the 1960s by the Contemporary Art Council—another brainchild of Jinny Wright—the welded steel piece, coated in black paint was realized with the help of the Wright Fund.

Make sure to walk around this five-part installation for a sense of how the artist plays with volume and perspective and geometric forms.

Jinny Wright greatly admired Mark di Suvero. Bunyon’s Chess was Jinny’s first private commission made for her garden in the 1960s, while Schubert’s Sonata was commissioned by Jinny and the museum to be installed at the edge of Puget Sound.

Head to the PACCAR Pavilion and you’ll spot two more works from Jinny’s personal collection. Ellsworth Kelly’s Curve is installed on the entrance wall to the Pavilion and Roxy Pain’s stainless steel tree Split can be seen in the meadow below.

Conclude at SAM’s downtown location where the Hammering Man hammers 24/7, only resting once a year on Labor Day. This piece was commissioned for In Public: Seattle 1991 and supported by the Wright Fund.

Extend your tour to Western Washington University in Bellingham for a campus sculpture tour—Jinny’s Wright Fund brought spectacular commissions by artists such as Nancy Holt, Bruce Nauman, Richard Serra, and Mark di Suvero to campus for all to enjoy. 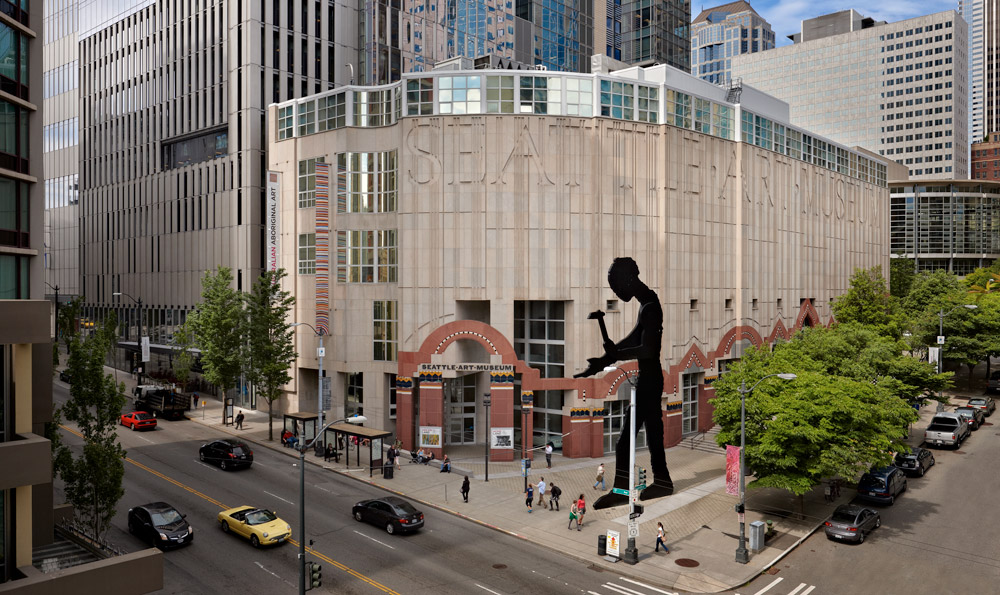