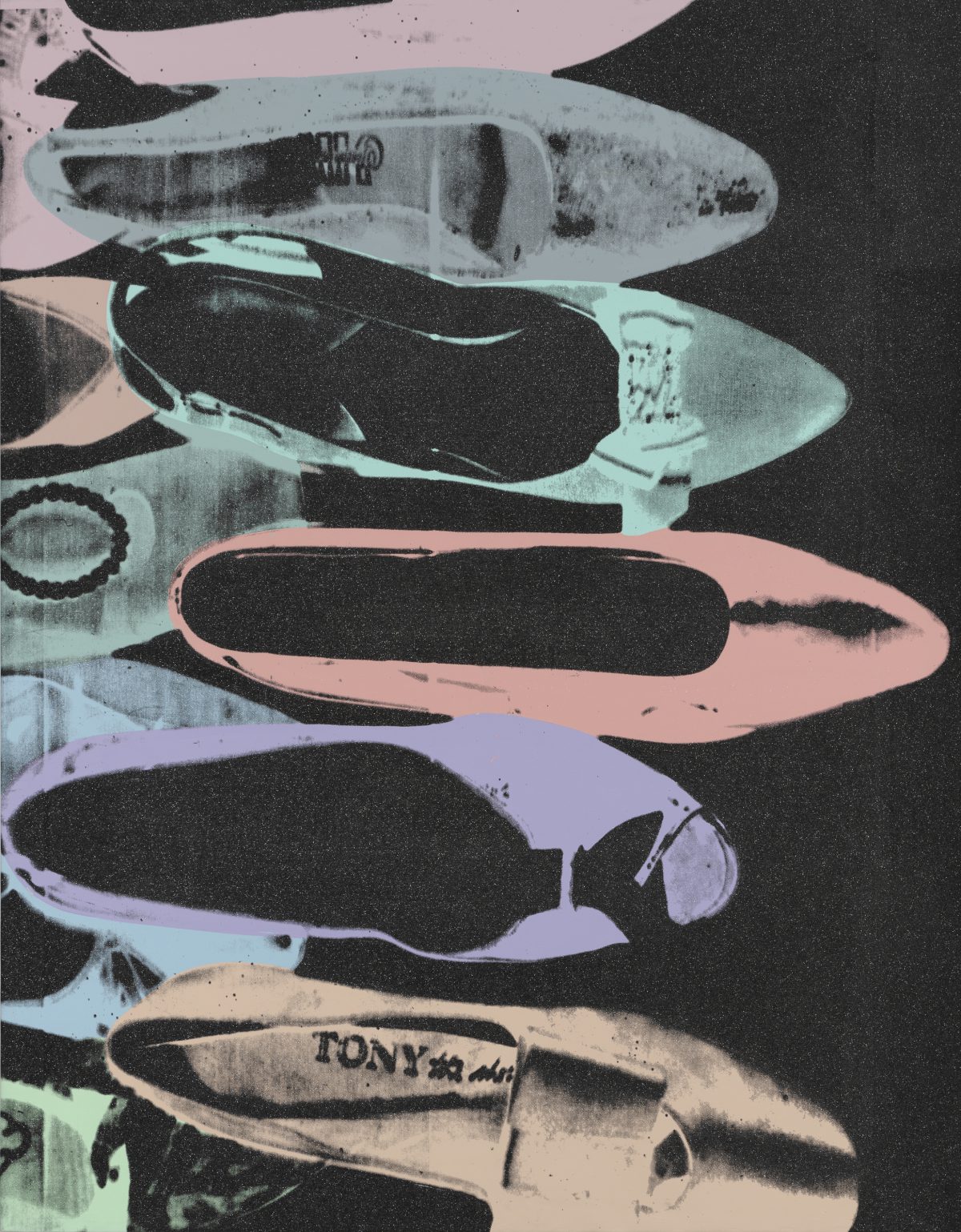 “I’m doing shoes because I’m going back to my roots. In fact, I think I should do nothing but shoes from now on.”[1]

When invoked, Andy Warhol brings to mind a near-infinite number of iconic images. From soup cans to politicians to celebrities, his Pop aesthetic and reputation lives on: “With an irreverent attitude toward art and a glorification of glamour, Warhol, paradoxically, fused high art, low culture, high society, and the avant-garde, transforming the art of an age and cultivating a lifestyle of celebrity.”[2]

Throughout the 1960s and 70s, Warhol was a prolific explorer of painting, photography, printmaking, drawing, fashion, television, and film. The Factory cemented Warhol’s reputation and legacy. However, in the 1980s, the last decade of his life, Warhol pivoted away from the images of celebrity that made him a household name, and returned to what in 1966 he had referred to as “just a phase [he] went through”: painting.[3]

It was in this context that Warhol began a body of work known as his Diamond Dust Shoes. Searching for a new direction to take his work, he honed in on earlier subjects and processes. In the case of the Shoes series, Warhol went “back to [his] roots” as a commercial artist, working in the 1950s for Vogue, Harper’s Bazaar and I. Miller and Sons, where he illustrated, among many things, women’s footwear.[4]

Harkening back to what was once an ad-campaign assignment for Halston, Warhol purchased a selection of women’s shoes that he arranged on the floor. After taking photographs of the strewn compositions, he sent the images to his printer, Rupert Smith, to be screened and coated with diamond dust.[5] Diamond Dust Shoes (1980-81)in SAM’s collection—a gift of the Virginia and Bagley Wright Collection last year—is acrylic, silkscreen ink, and diamond dust on linen. The graphic contrast of pastel purples, greens, and blues is striking when set against the dark black background, and further heightened by the subtle glittering of diamond dust.

Diamond Dust Shoes rather poignantly connects Warhol’s later work to his origins as a young illustrator in New York, collapsing the time, space, and difference between the two modes of artistic production. The throughline, of course, is Warhol’s continued involvement and fascination with fashion, cultural consumption, mass-produced images, celebrity, advertising, and a little (or lot of) glamour.