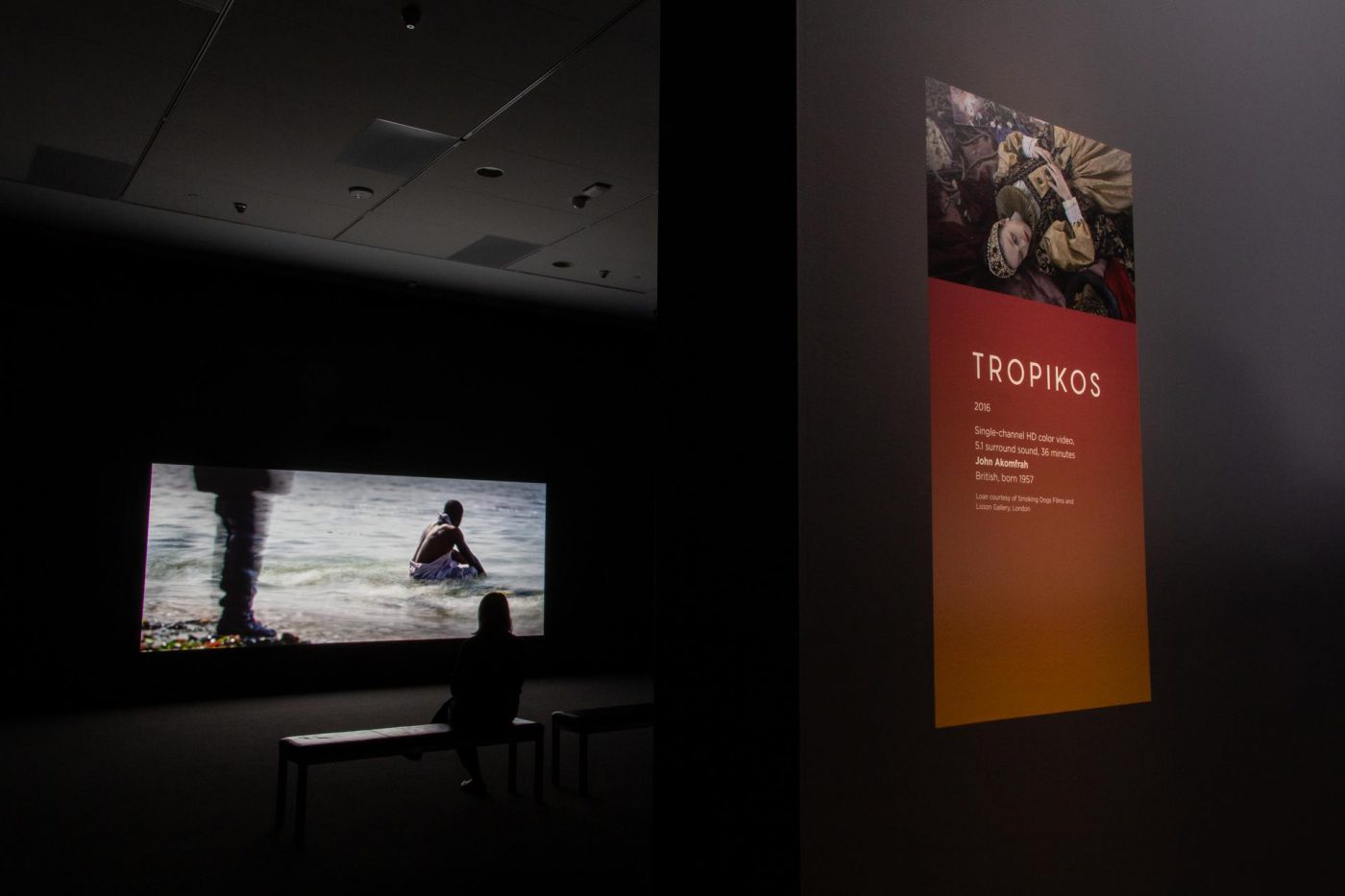 For the new edition of ARCADE, Erin Langner reviews SAM’s John Akomfrah: Future History, which she was able to see just before the museum closed. She focuses on both the content and the technique of the artist’s immersive video essays.

“The film’s visceral urgency builds through a visual accumulation of histories. His technique calls attention to the ways that history converges with the present, often by unearthing and revisiting images that portray the brutalities many prefer not to see.”

The Olympic Sculpture Park is included in this round-up of staycation ideas from Chris Talbott for the Seattle Times; he notes “sunset would be perfect here,” which is exactly right.

Jasmyne Keimig of the Stranger returns to her “Currently Hanging” series with a snapshot of the art of the Capitol Hill Organized Protest (CHOP), documenting the various murals and objects while they are still in their original context.

Seattle Met shares a powerful series of photographs by Jana Early from the last weeks’ protests.

Our friends down on the waterfront, the Seattle Aquarium, have reopened. The Seattle Times’ Chris Talbott talks with visitors and Aquarium leaders, including director of conservation programs and partnerships Erin Meyer, about how it’s going.

“‘Reopening is about reconnecting with our mission inspiring conservation of our marine environment,’ Meyer said. ‘And we can’t do that without being able to interact with guests.’”

With all the local focus on Seattle public art, let’s take a look at public art in New York City. ARTNews’ Claire Selvin explores everything “from Keith Haring to Dread Scott.”

“But the greater and more urgent question dangling here is: When is a public artwork an embellishment and when is it an eyesore? Arguments about patriotism and freedom, rights and responsibilities as well as what public art should do, and represent, have been thrown into high relief in 2020.”

Swimming with the dogs of the sea.