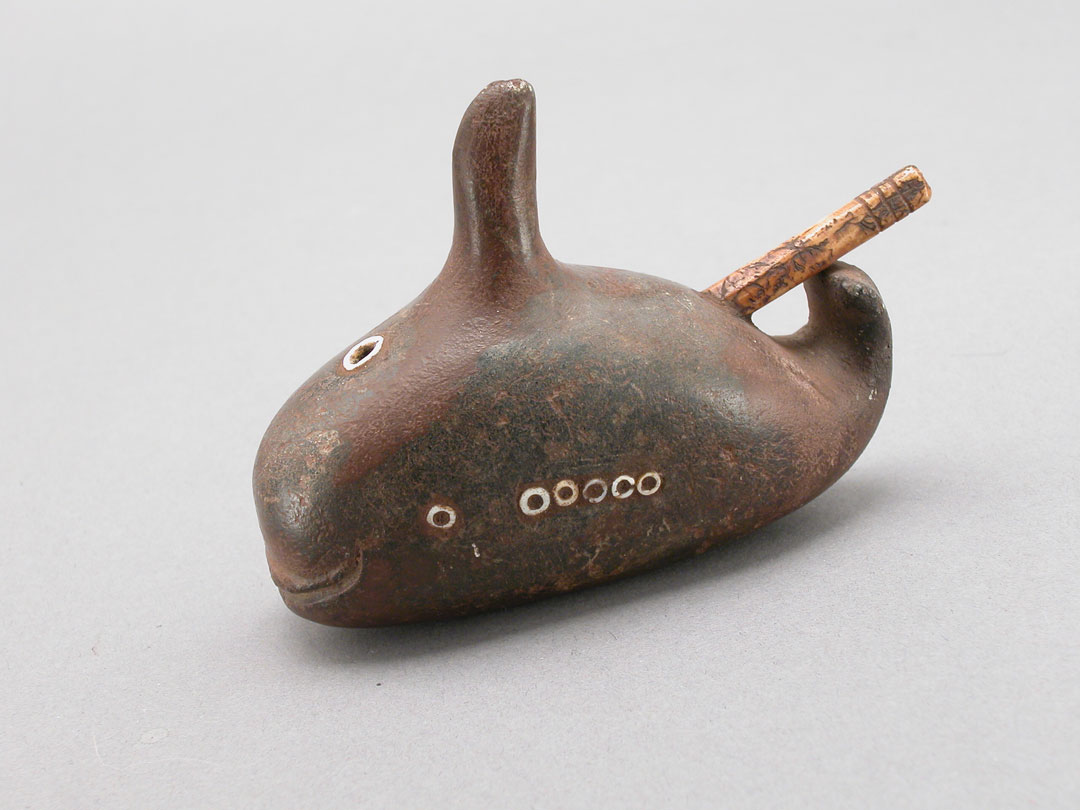 There is, one knows not what sweet mystery about this sea, whose gently awful stirrings seem to speak of some hidden soul beneath . . . for here, millions of mixed shades and shadows, drowned dreams, somnambulisms, reveries; all that we call lives and souls, lie dreaming, dreaming, still; tossing like slumberers in their beds; the ever-rolling waves but made so by their restlessness.

This past week there have been a few heart-wrenching whale stories circulating the news, the most difficult of which centers on Tahlequah, a grieving mother orca who has carried her dead calf for over ten days in the waters near Victoria, British Columbia. The widespread sadness surrounding Tahlequah’s loss points to our human impulse to anthropomorphize and, more importantly, to empathize. And while this tendency to project our human emotions onto animals is often discouraged by scientists, orcas are among the most cognitively, socially, and emotionally sophisticated mammals on the planet and, for good reason, have been venerated by different cultures for millennia.

Perceived by many as the sovereigns of the world’s oceans, whales are magnificent creatures. This whale effigy charm is a testament to the whale’s status in Chumash culture, even in 1200-1600. Measuring three inches in length, this effigy of a whale—believed to be an orca—is rendered with an undeniable smile. Even its inlaid eyes exude a certain kindness. Indeed, according to anthropologist Robert L. Hoover, “the killer whale [orca] was regarded by the Chumash as a benevolent creature which drove schools of porpoises and whales ashore where they could be utilized by man.”[1] Carved from soapstone (steatite) likely obtained from Catalina Island, this effigy also possesses a bone tube which, coupled with the functional blowhole, is suggestive of a pipe mouthpiece.

According to Chumash historians and legend, such carved stone effigies were used as charms to ensure luck in fishing or hunting along the Southern California coast (from present-day Malibu to Morro Bay). The magical qualities of these effigies were believed to be obtained from the guidance of a spirit helper, and useless to anyone except its owner.[2] The question of whale hunting has been debated for decades, but the Chumash did not actively hunt orca whales; they were eaten only when they were washed on shore. Swordfish were significant marine animals for this reason, fabled to drive whales onto the beach and provide food during the winter months.

It is very hard not to anthropomorphize this charming whale effigy (for me, at least . . .), especially when the object itself bears human traits and evidences just one of our many emotional, cultural, and spiritual connections to these amazing creatures—these sovereigns of the sea.

[1] Robert L. Hoover, “Some Observations on Chumash Prehistoric Stone Effigies,” The Journal of California Anthropology 1, no. 1 (1974): 34.