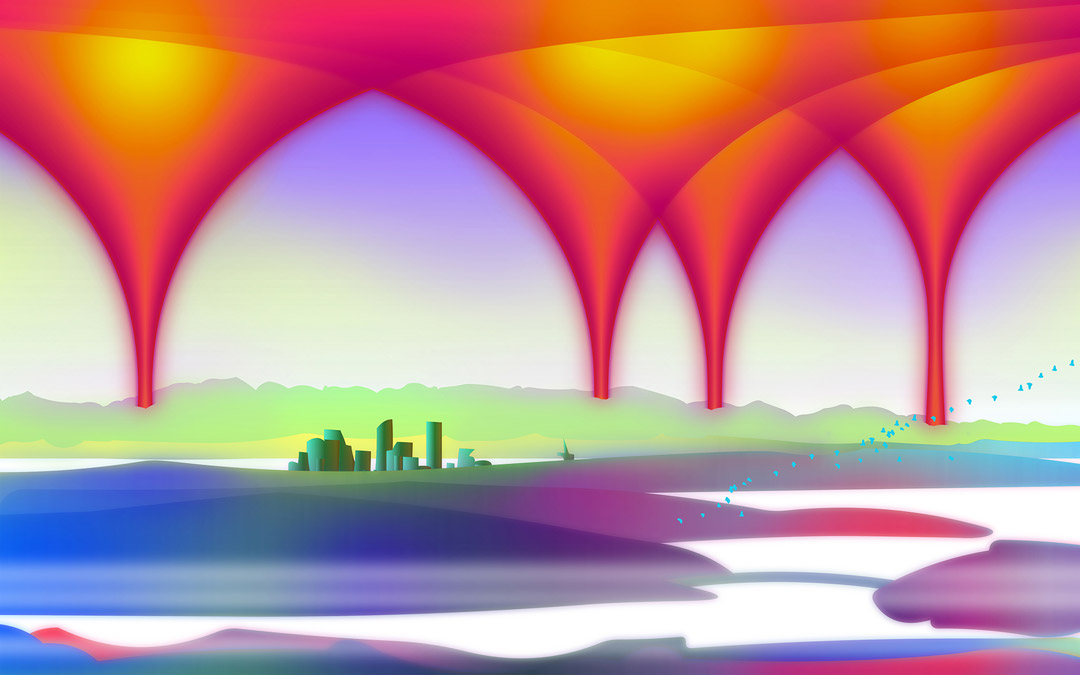 What does the word “printmaking” mean in our digital age?

From the digital images of Stephen Rock and Troy Gua, to the mélange of techniques used by Kate Sweeney and Iskra Johnson, these artists use printmaking for many reasons. On the practical side, Gua says collector demand led him from painting to digital mediums. Meanwhile, Kate Sweeney’s desire is to push a two-dimensional surface into revealing three-dimensional space. Printmaking, simplified, is when an artist works on one surface and then applies or transfers that work to a different surface. You’re probably familiar with how a wood block, an acrylic stamp, or a metal plate can be pressed onto a sheet of paper—this is printmaking. The idea of the repeatable image, or part of an image, has held appeal as a way to reprise elements of an artwork for artists and art collectors for millennia. Think of Andy Warhol and how his repeated gestures are fundamental to understanding the work as well as the artist’s intent.

Today’s printmakers come to the medium for similar reasons but their toolkit includes computers, cameras, traditional print presses, handmade “pressure” prints, photocopies, and just about anything else that can be scratched and used to make marks on a surface. Whether it is the psychedelia of color explosions in Gua, Sweeney, and Rock’s work; or the whisper of minimalism in Rachel Illingworth’s pieces, the printmaking process helps artists tell their story in a multitude of ways. Johnson says it best: “the process forces a certain surrender of control . . . with work that appears to have ‘arrived’ rather than having been ‘made’.” Her current body of work revolves around the theme of impermanence. Sweeney is contemplating gravity waves, dark matter, and all things quantum-theory related. And although 20th-century artist Agnes Martin didn’t work extensively with prints, it’s easy to see that she is a favorite of Illingworth’s. Gua wants to pay homage to the beautiful imagery and composition of Japanese woodblock prints, but also Northwestern-ize his work by using familiar landmarks.

Artist Curt Labitzke, a University of Washington Art Department Professor who runs the print studio there says his work in this show isn’t a print, but rather a painting. However, he used techniques to bring scratched elements through the back of the paper surface. So is it a print, based on the definition above? SAM Gallery invites you to see this show and decide for yourself.

SAM Gallery is located in the lower level of Seattle Art Museum’s downtown location and open the same hours as the museum. All of the artwork is for sale and members can try before they buy, with a low-cost art-rental program.