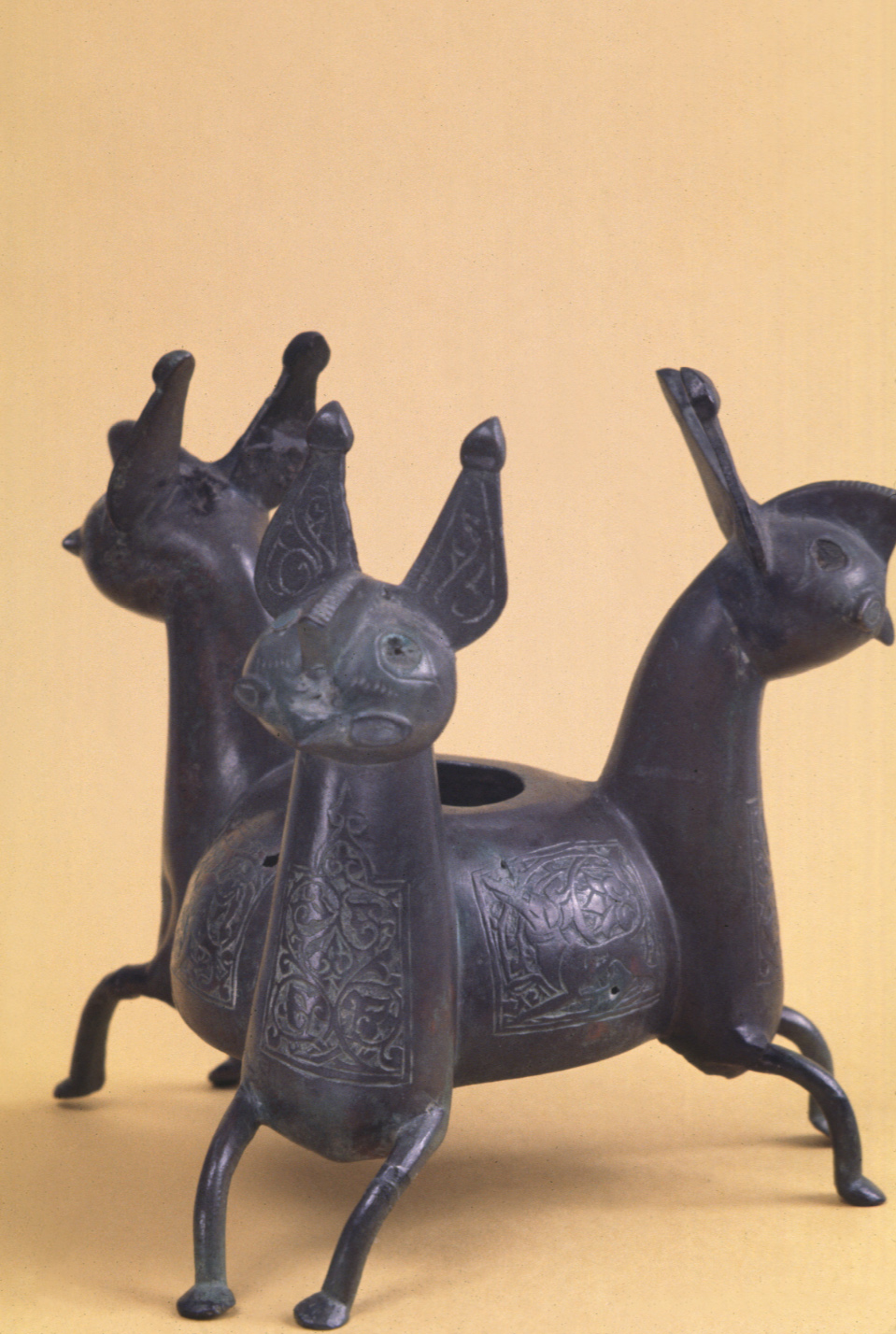 Contrary to popular belief, Islamic art is bursting with images of humans and animals. The Qur’an, Islam’s holy book, admonishes against the making and adoration of idols, but does not forbid the creation or viewing of images. This tripod, from the 12th century, stands on the legs of three fantastic creatures, possibly lions. Between the main figures, a low relief presents dogs cavorting in gardens. While not used in a religious setting, images of animals such as these have been common in secular Islamic arts since the very advent of Islam in the seventh century.