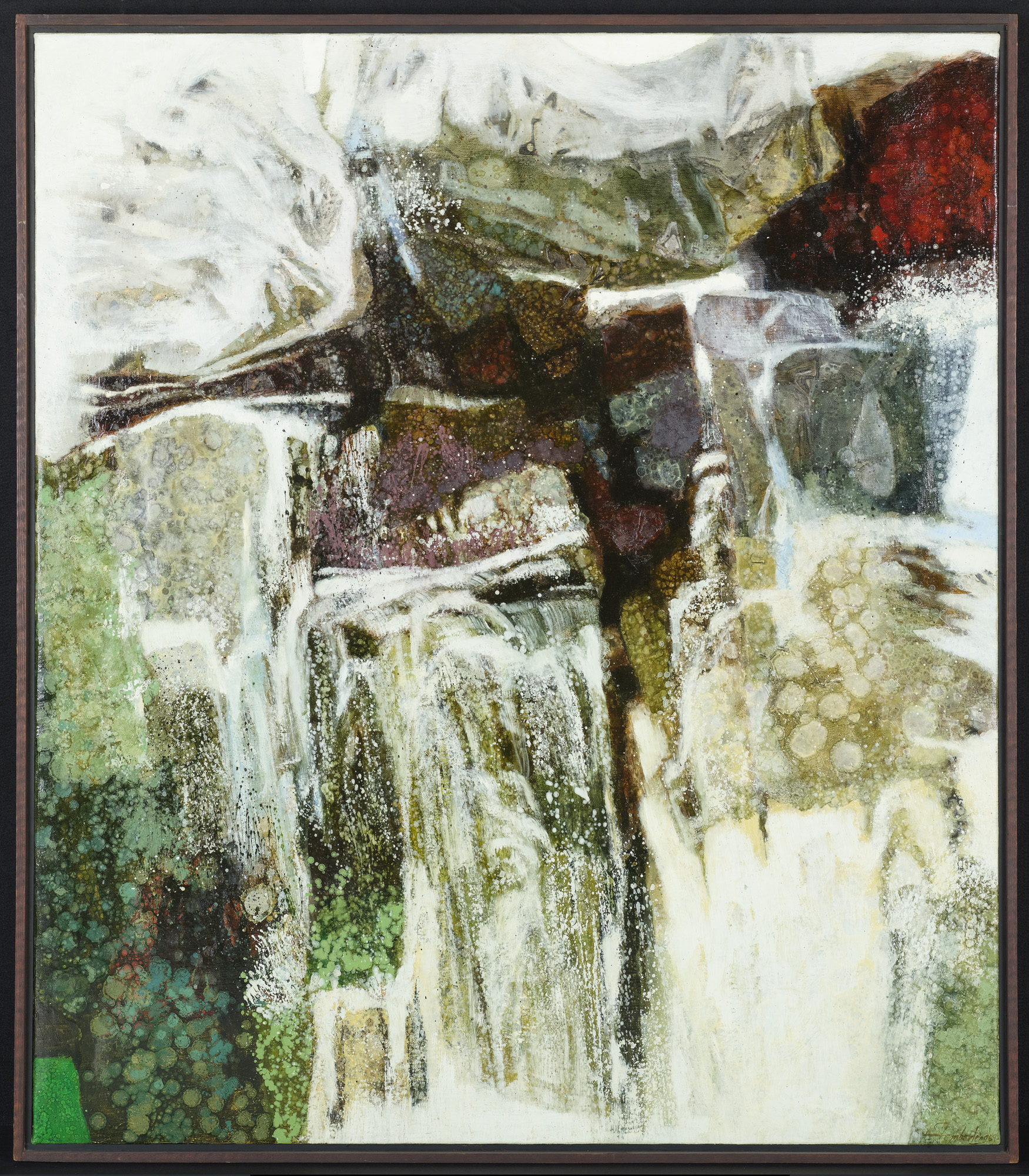 One week from now, women take over SAM, as the city of Seattle celebrates women artists. The exhibitions Elles: Women Artists from the Centre Pompidou, Paris and Elles: SAM—Singular Works by Seminal Women Artists debut to the public on 11 October, but this is only the most recent expression of the museum’s—and city’s—commitment to women artists.

In 1962, in the Fine Arts Pavilion of the World’s Fair, women were nearly invisible. In Masterpieces of Art, Art Since 1950: American and Art Since 1950: International, of the 199 European and American artists represented, only seven were women. The story was entirely different in Northwest Art Today – Adventures in Art. In this show of regional artists, ten out of 86 artists were women. One of these women was Kathleen Gemberling Adkison (Kathleen Gemberling in 1962).

A Spokane artist with wide-ranging interests, Gemberling Adkison was emblematic of the Northwest arts scene in the early 1960s. Known for her dreamy snippets of landscape, as if seen through our famous mist of rain, she was originally a student of Mark Tobey’s. Living in an area more accepting of women artists was a boon for Gemberling Adkison’s career. She, and her female peers, did not have to struggle in obscurity like many women artists in New York and other cities—in Seattle, women were fully accepted participants in the arts scene.

Her painting included in Northwest Art Today was a departure from her early work, and this increase in attention prompted her to an equal increase in ambition. Like Seattle itself, Kathleen Gemberling Adkison used the World’s Fair to process new styles, artists and philosophies.

Gemberling Adkison visited the Fair regularly, relishing her first in-person exposure to work by Hans Hofmann, Helen Frankenthaler, Sam Francis, and others. Her work from 1962 onward was visibly informed by the aesthetics, process and visual language of abstract expressionism— the exposure provided by the World’s Fair laid a path to a new style for this artist, who was liberated from her earlier, literal interpretations of nature. Her mature, abstract canvases (such as Verdant Winter) provide layers of reference, from moss and granite, to Hofmann and Frankenthaler.

The World’s Fair left the city of Seattle, its artists and its arts institutions forever changed. It heralded a new era in the arts and culture of this city. The Seattle Art Museum is proud to have taken part in the Fair, and is pleased to have used SAMart this past month to present a look back (and forward).