Having grown up in Los Angeles, there is something uniquely comforting about the scene of a sun-drenched swimming pool. David Hockney, of course, is one artist whose pools come immediately mind: his bright, seductive paintings of the 1960s and 70s are highly evocative images of life and culture in Southern California, and have rendered his name nearly synonymous with the subject matter.

For Hockney, “In the swimming pool pictures, I had become interested in the more general problem of painting the water, finding a way to do it. It is an interesting formal problem; it is a formal problem to represent water, to describe water, because it can be anything. It can be any color and it has no set visual description.”[1]

If Hockney’s iconic pools are, broadly speaking, defined by their spatial flatness, color relationships, and reduction of form through painting, Robert Arneson’s sculptural Pool with Splash is a perfect counterpoint. His exploration of the pool and its contents takes shape through ceramics: each ripple and refraction of light is represented as an immutable piece⁠—fitted together like a puzzle⁠—with blue and green glazes. And much like Hockney’s A Bigger Splash, Arneson’s Pool is punctuated with a foamy burst, invoking the presence of a swimmer.

Along with his contemporaries Peter Voulkos, Bruce Conner, Viola Frey, Jay DeFeo, and others, Arneson is considered part of the “Funk Art” movement⁠—a loose affiliation of artists originally included in the 1967 exhibition curated by Peter Selz, Funk, at the University Art Museum at the University of California, Berkeley.

Arneson’s irreverent work and playful sense of humor, along with an interest in everyday objects and personal narrative, are just some of the movement’s characteristics⁠ (a reaction to the non-objectivity of abstract expressionism that dominated the 1950s). Arneson’s commitment to ceramics is also notable, and part of a larger effort to elevate the medium which, at the time, was considered merely decorative or utilitarian, and pejoratively relegated to a realm of “craft.” Measuring nearly 12 feet wide at its largest point, Pool with Splash is hardly utilitarian and its use as decoration is up for debate. Here, Arneson wryly upends the once-strict divisions separating “fine art” and “craft,” all the while making clear his mastery of ceramics. Now, if only we could swim in it! 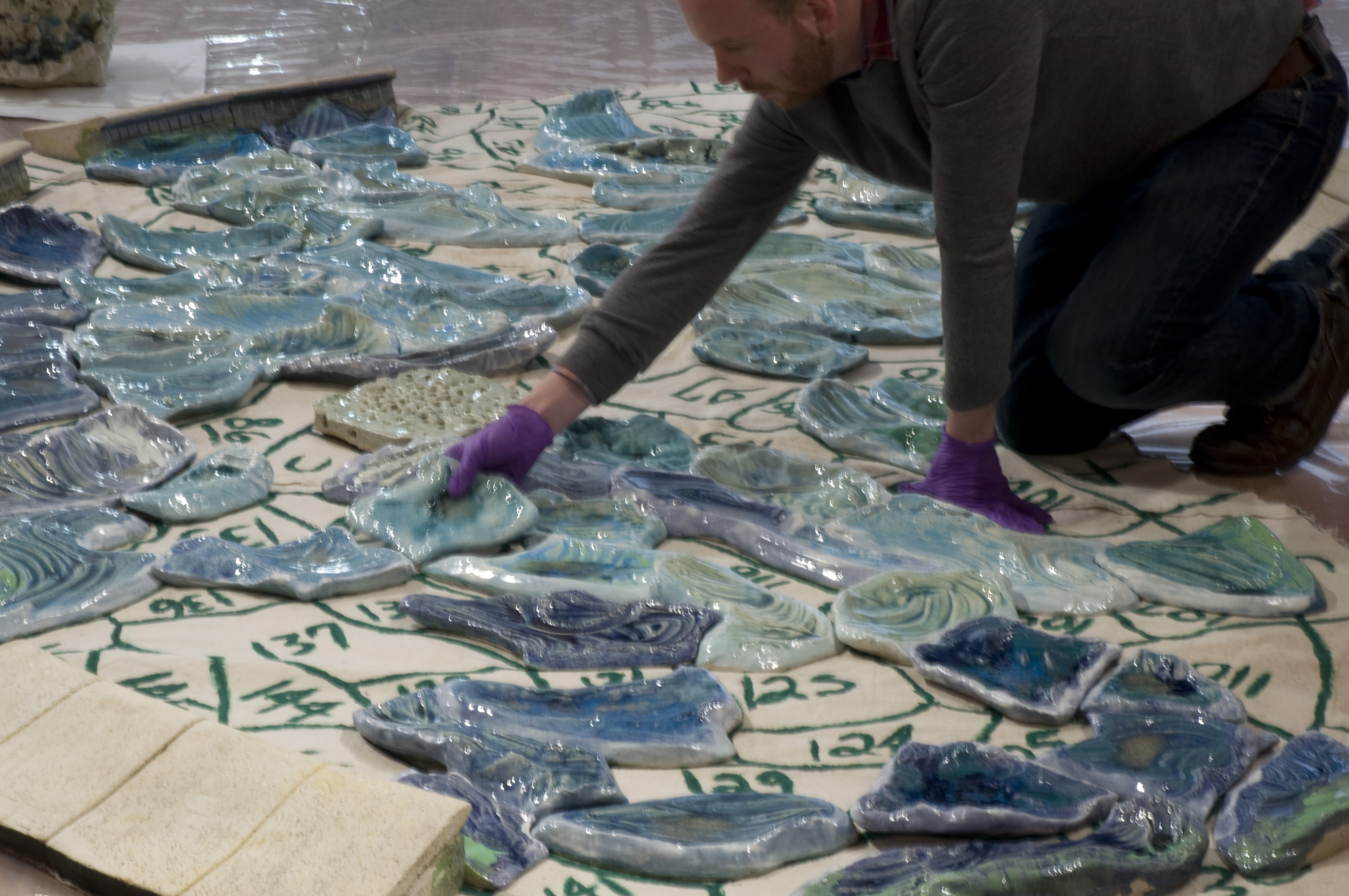 The multidisciplinary field of art conservation involves the examination, interpretation, analysis and treatment of cultural, historic and artistic objects. Professional conservators rely on their knowledge of both the humanities and the sciences in order to understand the creation and production of material culture in the past and present, and to ensure its preservation for future generations.

After acquiring an extensive traditional technical understanding of clay and glazes, artist Robert Arneson experimented with these elements to push the medium in expressive and colorful new directions. Pool with Splash is currently undergoing conservation treatment before being put on view. This process has been visible to the public in the Modern and Contemporary art galleries at SAM since March. The final two days of public conservation are next Wednesday and Thursday, 17 and 18 April, so stop by SAM before then to see this behind-the-scenes activity. 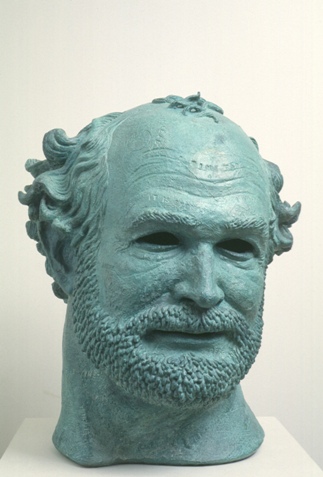 Arneson’s self-portraits mix irreverence, informality, and humor.  From a distance this head looks suspiciously like a straightforward echo of a classical bronze, complete with empty eye sockets.  Close inspection reveals that Arneson has ‘defaced’ it with such punning phrases as:  “It Is eye; I am it; it is me; find this mind of mine.’  The wordplay continues on the pedestal, which is decorated with a daunting alphabetical list of ‘self’ adjective, beginning with ‘self-abased.’  ‘Me & My Self’ is impressed word by word on the four sides of the base. The artist created the pedestal for this self-portrait more than a decade after the work had entered the museum collection. The pedestal (on view, but not pictured here) is not only a structural support but adds another ironic twist to the composition.