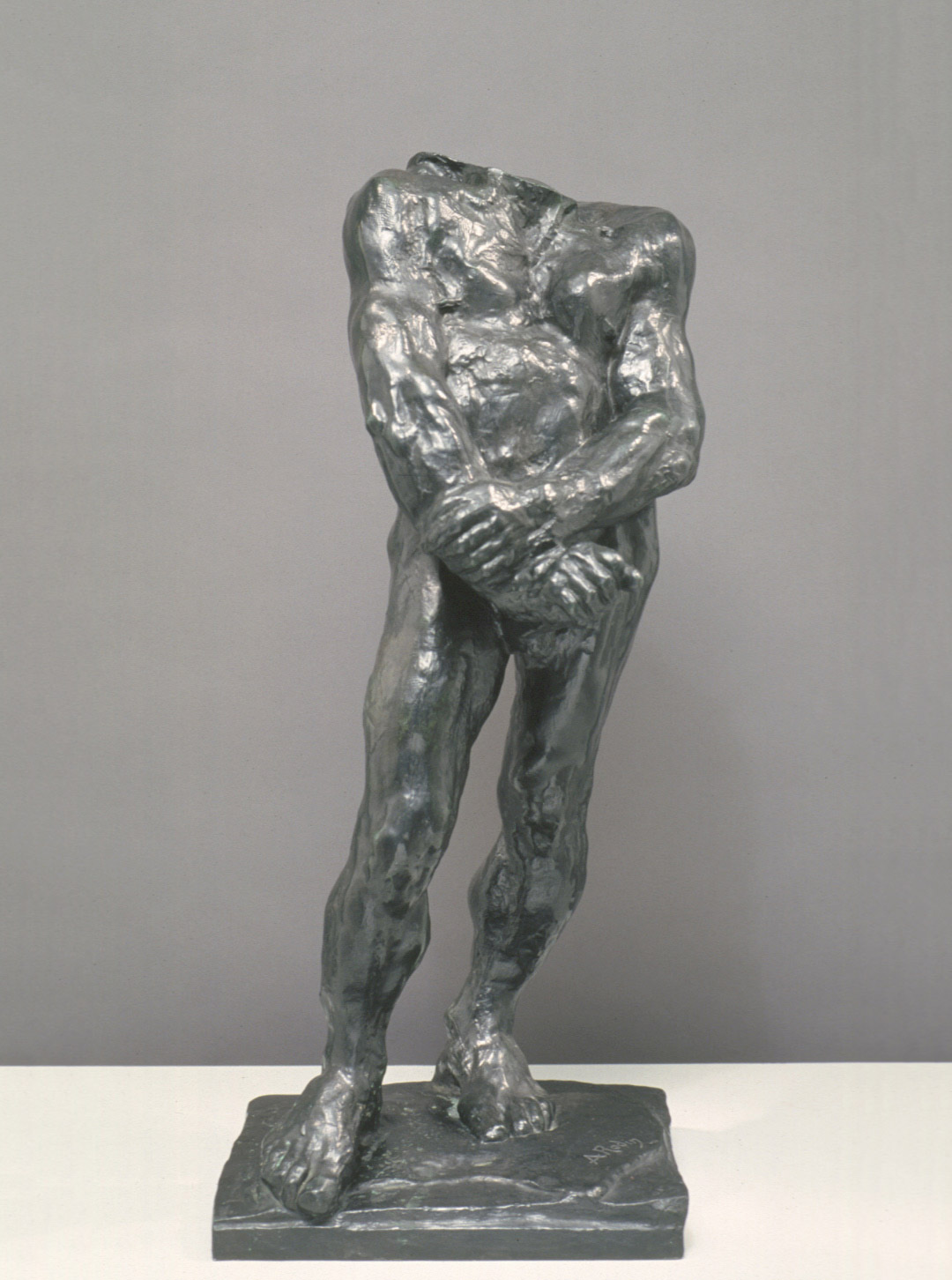 For those familiar with the French writer Honoré de Balzac, and the iconic monument produced by Auguste Rodin in his honor, it might be hard to reconcile this study in SAM’s collection as a related work. Indeed, the bronze sculpture, headless and unclothed, leaning backward as if a Greek god seems—at first glance—to be a far cry from the finished piece, in which Balzac dons a monk’s habit with long, disheveled hair.

Rodin was commissioned to execute a monument of the late Balzac in 1891, much to the chagrin of certain members of the Société des Gens de Lettres (who may or may not have been informed by Emile Zola of the meeting to select the artist for the monument).[1] Still, Rodin took the appointment in stride, writing that, “I have always been interested in this great literary figure, and have often studied him, not only in his works but in his native province.”[2] As a method actor assumes a role in its entirety, so too did Rodin embark on an intense study of all Balzacian iconography and literature before he began his work. According to French journalist and art critic Gustave Geffroy, “Rodin had read and reread not only all the works of Balzac, but also all that has been written about Balzac.”[3]

The subject occupied Rodin’s time for several years, and he produced study after study—nearing fifty in total. Around 1895, he grew dissatisfied with his direction, feeling the sculptures were either too derivative of other portraits or were too realistic. In fact, this study, created circa 1896, “marks an important stage in the development of Rodin’s thoughts about the monument. All ideas of verisimilitude have evidently been abandoned in favor of the creation of a figure that symbolizes the nature of Balzac’s genius.”[4]

By August of 1896, the final accouterments for the piece would be decided, as chronicled by a French journalist:

One or two months ago, M. Rodin finished a maquette which gives him the satisfaction he searched for so untiringly. Balzac will be represented standing, in a strong, simple posture, his legs slightly apart, his arms crossed. He will be dressed in a sort of long robe without a belt, which will fall down to his feet.[5]

By developing the Balzac’s body and head separately but simultaneously, Rodin prioritized the idea of Balzac over achieving a physical likeness. Indeed, Balzac’s creative vitality, power, and energy are conveyed in both the study as well as the finished piece. Lucky for us, the study is currently on view in France: Inside and Out in the European galleries on the Fourth Floor.