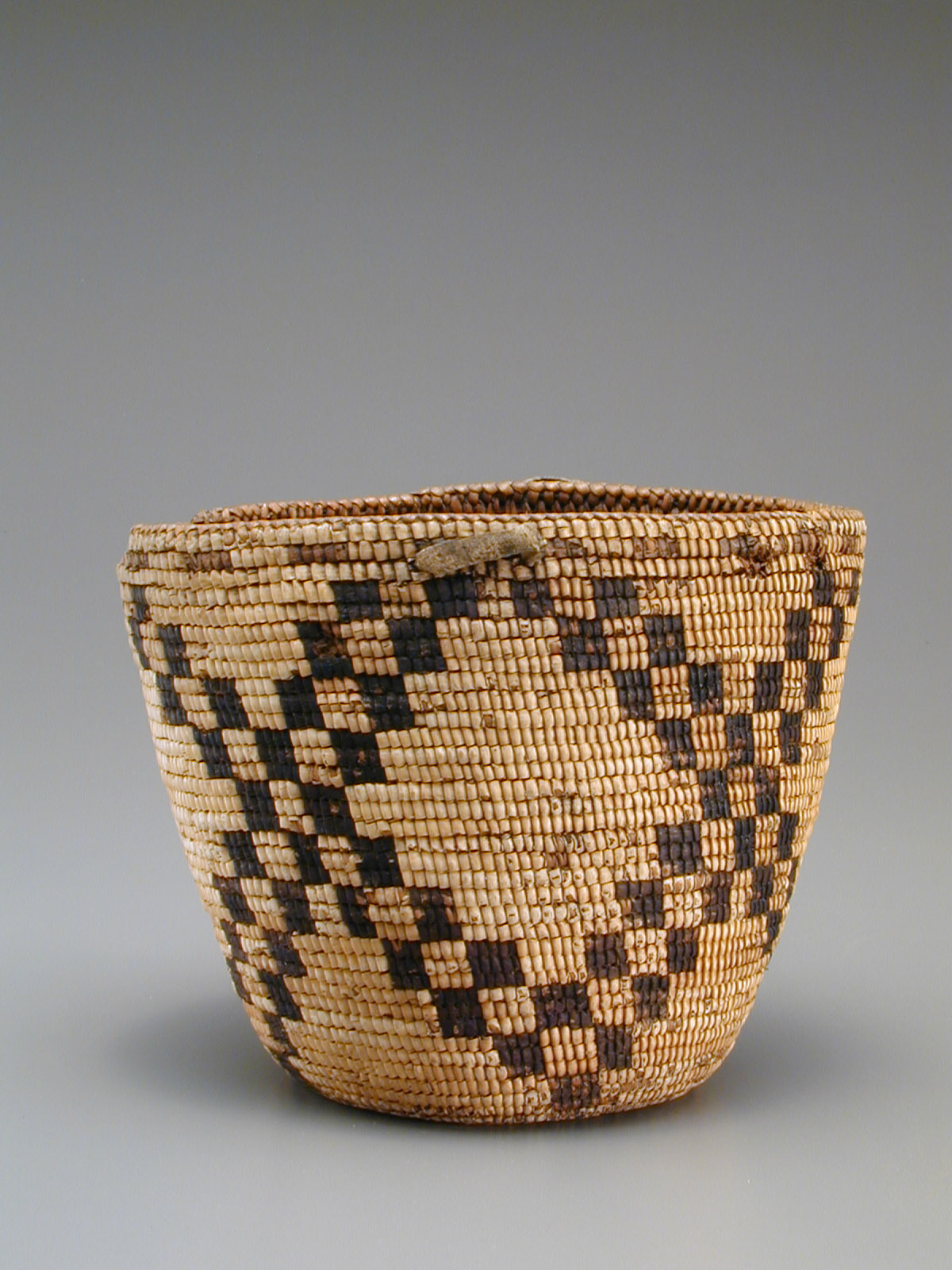 “The earth is our first teacher.”

‘Tis the season of thanks-giving and, as we acknowledge the suffering and bewilderment of our time, we also recognize the importance of gratitude for our families and friends, and for Mother Earth. According to Indigenous philosophies, Earth is the First Teacher. From her body come the gifts of food and medicine that nourish our bodies and souls. Many Native practices, old and ongoing, like the First Foods ceremony and the Salmon ceremony, celebrate these gifts and teachings of gratitude and giving. For generations, Coast Salish Peoples have respectfully shaped wild spaces and harvested the natural materials and foods of the Pacific landscape and waters, practices that renew their living link with the land.

Puget Sound Native Peoples make many kinds of baskets—the materials, shape, and technique used are determined by their purposes—which were critical to the gathering, storage, and preparation of roots, bulbs, berries, shellfish, and other traditional foods. Moving across the foodscape during the seasons, elders impart knowledge to younger generations, thus perpetuating Indigenous memory.

Worn with a strap around the neck or attached to a belt to keep hands free to collect, this well-used berry basket is of a practical size for children to harvest fruit from the bush. Such coiled baskets are created by coiling a foundation material, like split roots, then piercing the coils with an awl and stitching them together with another material. Nimble fingers wove sturdy cedar roots to create the body of this basket. The decorative elements—a checkerboard pattern arranged in large diamond shapes—are overlapped with beargrass (yellow color) and horsetail root (dark color). Basket makers have an intimate connection to nature, knowing where and when to gather and just how much material to take so that the plant can continue to thrive.

“. . .promoting the visibility of traditions, and culture, and history is the work of decolonizing.”

The provenance of this basket sheds light on the colonial history that suppressed Native traditions and culture. Although the 1855 Treaty of Point Elliott guaranteed rights to continue customary practices of hunting, fishing, and harvesting, central Puget Sound tribes were denied access to such resources. Through unabated resistance, tribes have regained some of these rights in modern court cases.

This Muckleshoot basket was one of many Native artworks acquired by James Wickersham (in 1899), a member of the Washington State House of Representatives and, later, Territorial Governor of Alaska. Settlers and officials availed themselves—through purchase and confiscation—of “Indian relics” in the belief that such items, and the people themselves, would disappear. However, baskets continued to be made and used traditionally; enterprising Native women created a new genre of basket to sell to outsiders, forging an outlet to experiment with new shapes and sizes, as well as to financially support their families.

The right of a community to define its diet and shape its food system—known as “food sovereignty”—is at the heart of tribal sovereignty, according to Valerie Segrest (who you can watch talk about the topic here). Programs such as the Muckleshoot Food Sovereignty Project revive ancient relationships to the land and to food, promote the healthy cultivation and consuming of Indigenous foods, and advocate for environmental action to nurture and protect food sources.

Berries are important Indigenous foods and are high in nutrition and medicine. Many types of berries inhabit our coastal and mountain landscapes, including elderberry, huckleberry, blackcap raspberry, cranberry, salal, salmonberry, service berry, soapberry, thimbleberry, wild blackberry, wild strawberry, and wild cherry. Berries are used in salad, pemmican, fruit leathers, as a sauce for venison, teas, and soup. Huckleberries are much desired by the elders because they are sweet but don’t elevate blood sugar and are rich in antioxidants. For other locally sourced foods, you can visit this website.

Mix all the ingredients together and pour into the bottom pie shell and top with the second pie shell. Snip any excess off of the edge of the top pie shell and then crimp the entire edge with a fork. Don’t forget to cut a few slits in the top to allow the steam to escape. Put the pie into a 350° oven for 35-40 minutes. When the huckleberry filling is bubbling through slightly and the crust looks golden brown, the pie is ready. Allow the pie to cool completely before serving.

[1] Valerie Segrest is a nutrition educator focusing on indigenous foods. She received a Bachelor of Science in Nutrition from Bastyr University and a Masters in Environment and Community from Antioch University. She is an enrolled member of the Muckleshoot Indian tribe and serves as coordinator of the Muckleshoot Food Sovereignty Project and is also an instructor for the Northwest Indian College’s Traditional Pants Program. With Elise Krohn, Segrest is the co-author of the book Feeding the People, Feeding the Spirit: Revitalizing Northwest Coastal Indian Food Culture.