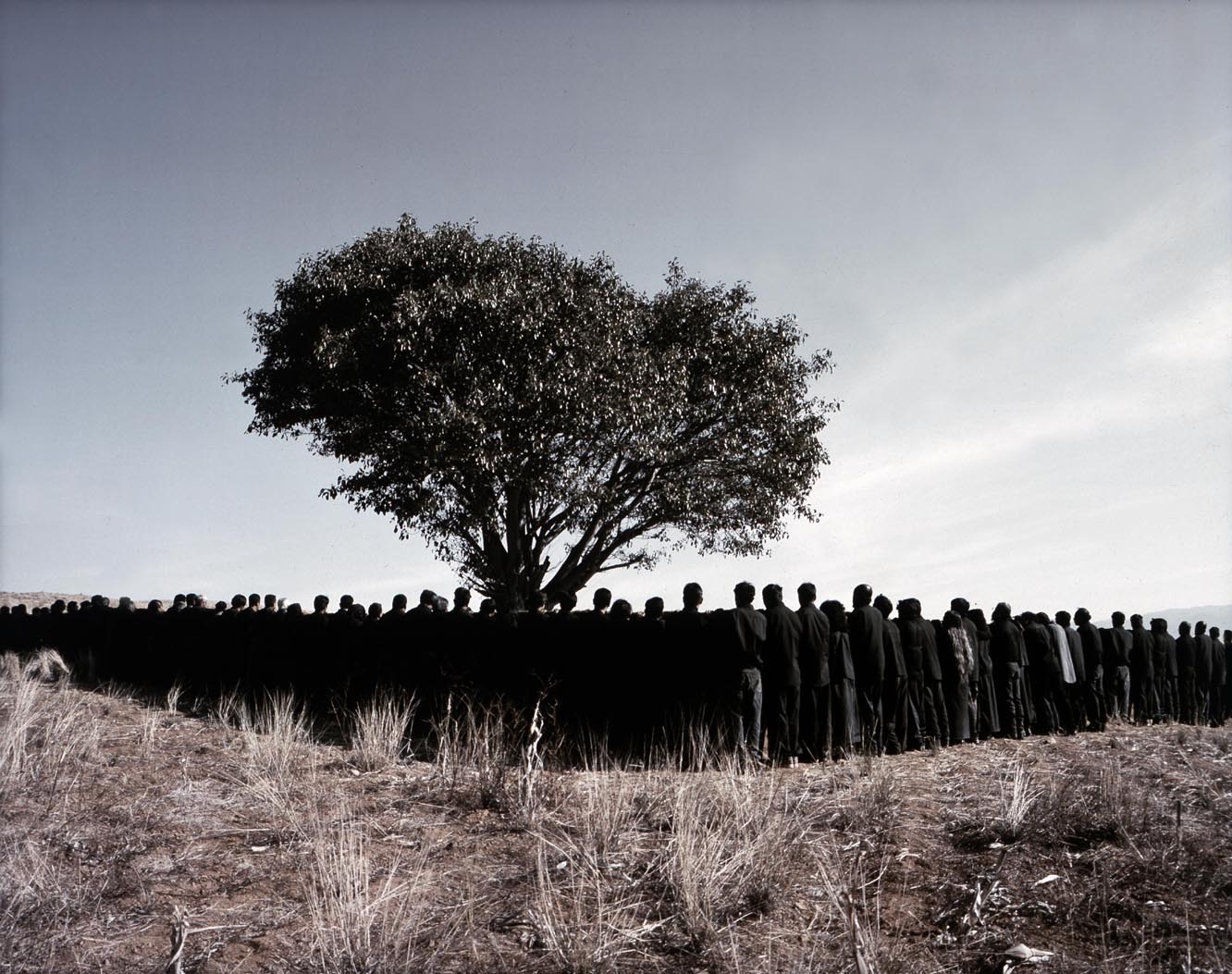 Dichotomies and oppositions course through the work of Iranian-born artist Shirin Neshat, including her two-channel video installation Tooba. This video, currently on view at the Seattle Asian Art Museum, is shown on two facing screens. The lyrical imagery on each side unfolds at the pace of poetry, despite the fact that there are no words. The film shows a walled garden, the silent hordes that descend upon it, and a woman within it, swallowed by a tree.

Neshat’s work straddles two worlds, and she acknowledges “constantly negotiating between two cultures that are not just different from one another but in complete conflict.” Born in Iran in 1957, the artist moved to the United States to attend university in the late 1970s. When the Iranian Revolution broke out, she remained in the US. Shirin Neshat is perhaps the world’s best-known contemporary Middle Eastern artist, despite the fact that she has lived and worked in the US for decades. Her lived experience between these two cultures gave rise to her “idea of opposites,” the structure upon which her body of work is built.